If you’ve followed us for a while, you’ll know we feature bloody octopuses on here every now and then. Fortunately, though, we usually get to have a look at how clever they are. What you might now know about our cephalopod friends is that some of them are pretty f**ken dangerous. Take the blue-ringed octopus for example. This little bugger, which can be found in Australian waters, is quite capable of sending you on a one-way trip to Destination F**ked. And one of those is the star of this story.

We should clarify that this one doesn’t actually take place in Oz waters, though. Yeah, nah, the blue-ringed octopus can be found from the Sea of Japan to the waters of South Australia. While they might be tiny, only managing to get to about 10cm long (including their arms), they have some pretty f**ken potent venom. 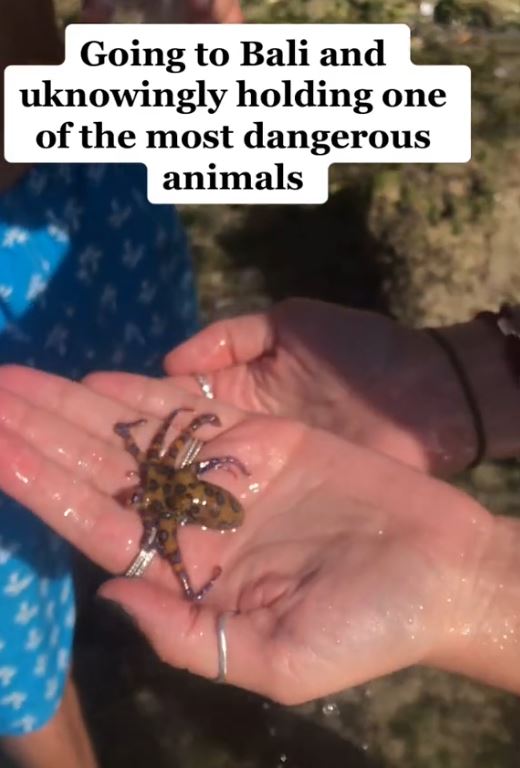 And that’s why you don’t want to go and do what @kaylinmarie21 did. This TikTokker has been sharing a story about how she picked not one, but two of the little buggers up. Fortunately, she didn’t come to any harm, but considering the octopus is flashing it’s ‘Go and get f**ked’ signals at her, she might count herself lucky.

Yeah, nah, these tiny little critters have a pretty bloody rad display for when they’re pissed off. Like plenty of other octopuses, they can change colour, but these ones have a vivid flashing pattern that shows they’re about to f**ken bite.

In a video Kaylin shared to her TikTok, you can see her playing with one of the little buggers, completely unaware that it could kill her. 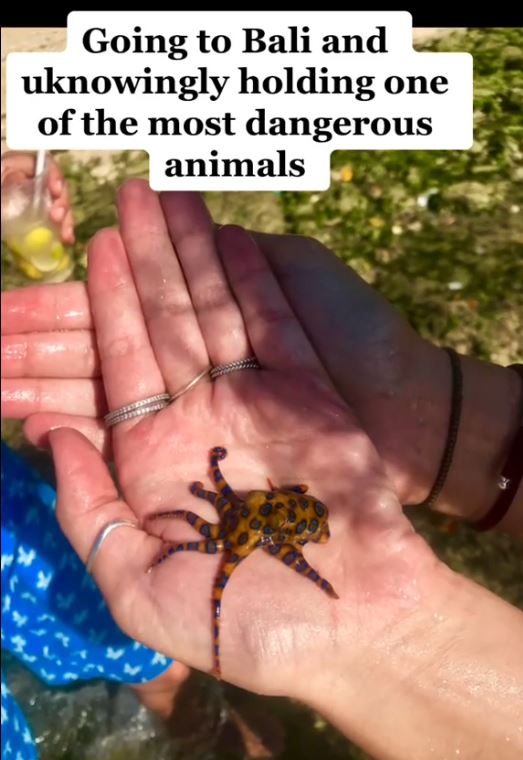 As marine ecologist Erin Spencer explains, blue-ringed octopus bites can be fatal. “Its bite is usually painless, so you might not know you’ve been bitten until it’s too late…Ultimately, it will cause muscle paralysis – including the muscles needed for humans to breathe, leading to respiratory arrest. There is no known antidote, but victims can be saved if artificial respiration is started immediately.”

In a second video, Kaylin explains how she came to be holding the creature. She says they didn’t think anything of it, but is aware now that she was pretty bloody lucky.

Give both videos a squiz here. 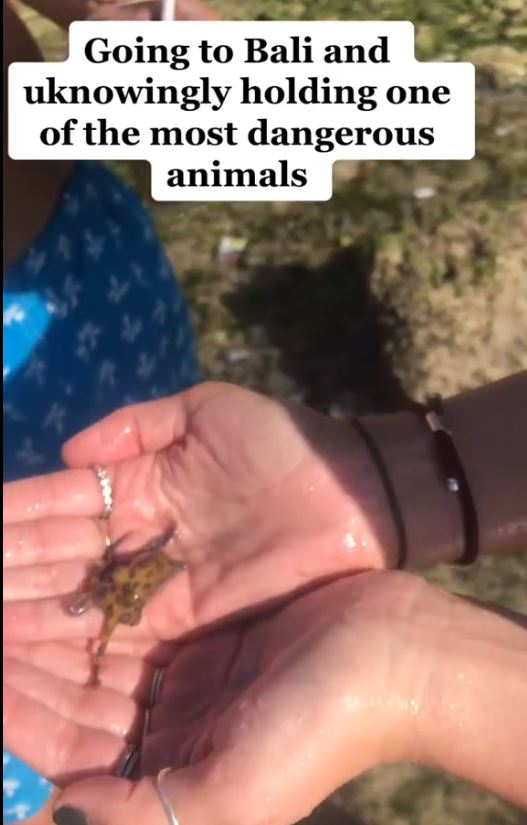 Final thought: Yeah, look, we reckon a pretty good rule of thumb is this: don’t touch the wildlife. Deadset, just don’t f**ken touch it. Even if it’s not poisonous, venomous, or armed with razor-sharp teeth, it doesn’t want you to touch it and it hasn’t given consent, so just don’t. Yeah, nah, just don’t.

Just in case you missed it, here’s one of Ozzy’s latest commentary videos…Ozzy Man Reviews: Floods

People are changing their iPhone location to France

F**ken bonjour and all that, you big bloody legends. We’ve just found out that some of you checking out this site on your old-school iPhone might have tricked the bloody thing to thinking you’re reading us in France. ...

Peace and quiet. Some of us bloody love it. Others prefer a bit of atmospheric noise. But, and we mean this sincerely, have you ever considered what absolute quiet might sound like? If you have, and you reckon you wan...

Whether you call ‘em frangers, rubber Johnnys, or sheaths, you should bloody well know that if you don’t have one on, you ought to be real careful where you shove your gigglestick. Yeah, nah, in some circles, the old ...