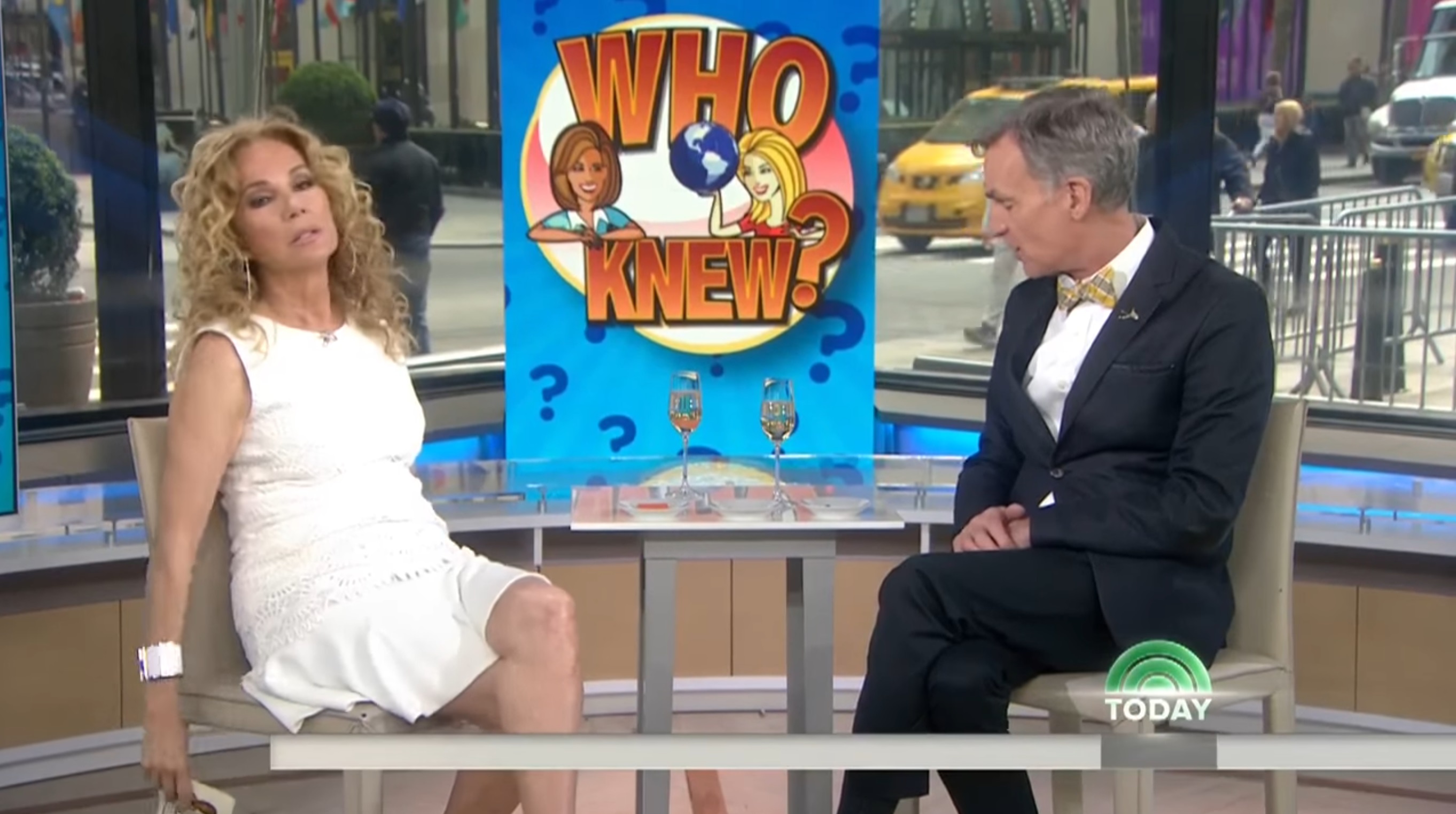 Bill Nye was in the studio to help explain answers to quiz questions. The punters get $100 bucks if they get the question right. If they don’t get it right, they’re punished with winning a signed copy of the co-host’s book called ‘Where We Belong: Journeys That Show Us the Way’.

I’ll take nothing thanks. You can actually see Bill’s reaction to the runner-up prize at 0:17 seconds: Bask in the confusion and disdain in his eyes.

So, as Bill is explaining the answers to the questions, this rude cow starts making faces. She’s got the attention span of a goldfish and just wants to move on with the segment. Every time he begins explaining the answer to the question, the woman makes faces at the camera, visibly annoyed with prospect of learning something.

You’ve gotta wonder how she got a job where she actually has to talk to people, if she can’t handle four minutes with Bill Nye.

To end the segment, she asks his holiness Bill about whether there are any black flowers on Earth. When Bill goes to explain his answer she rudely interjects with “no no we have no time, so sad”. Bill though, is not one to be put off by this charmless woman and answers the question, talking over her. Bill Nye is classy to the end, as you would expect from a dude with the largest collection of bow ties on the planet.

The hosts of the Today show are notorious for their on-air drinking, so the Internet’s theory was that she knocked back a few too many glasses of passion pop before the segment. Check out the sh!t show for yourself below: