There’s probably not a bloke or sheila among us who’s unfamiliar with the idea of playing dead. Yeah, nah, when all else fails, it’s a pretty valid way to trick a dopey attacker into thinking their job’s already done. Usually, though, the act is reserved for the animal kingdom. Proving we can learn plenty from wildlife, though, a sheila in the States escaped the wrath of a pissed-off bison by hitting the deck and making like a f**ken pancake!

Apparently, the famous Yellowstone park is a f**ken hotspot for bison that like to tear people new arseholes. Deadset, in recent years, it’s been so common that they’ve even started handing out pamphlets. 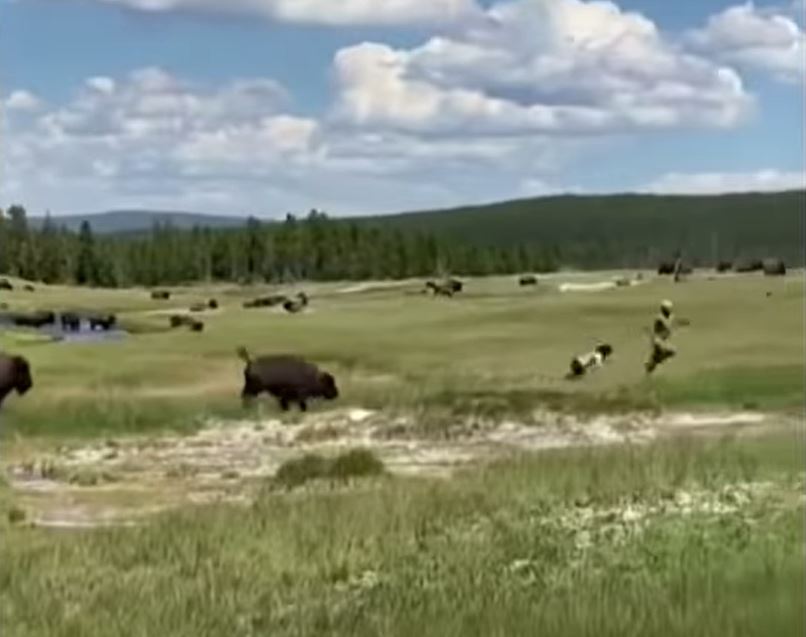 Still, people just keep approaching the big ornery b**tards. Shortly after an old woman was gored by a bison that didn’t want its photo taken, a sheila has escaped copping the horn by utilising a classic: she f**ken dropped dead. And, making this s**t even better, it was caught on video. 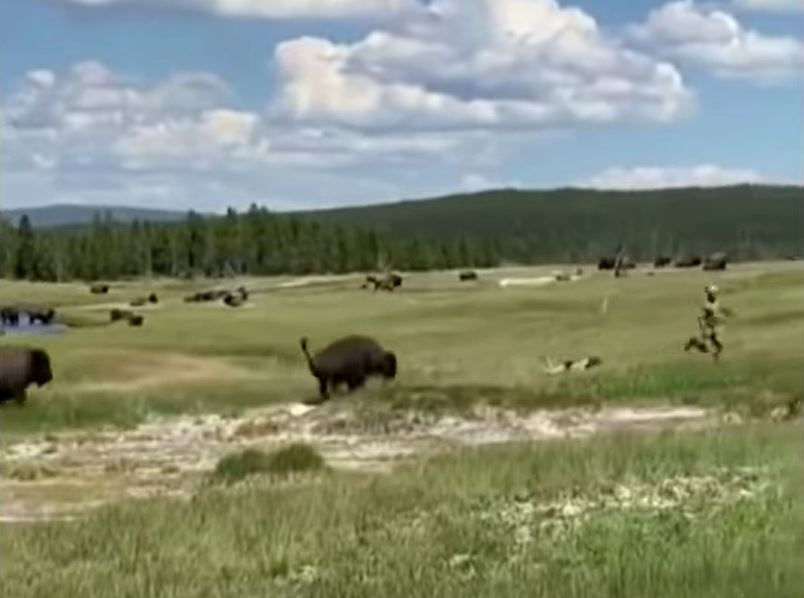 Ignore the talking head introducing this s**t, and watch the woman hit the deck and make like f**ken Ronaldo. It works too. The bison’s like, ‘s**t yeah, job’s a good’un. This b*tch is done.’

In the past, Yellowstone has released statements, saying, “I just don’t think people realize how fast bison move. They’re big animals, but they move quickly. And so when a bison becomes agitated, it doesn’t take him long to cover that short distance. A ranger can’t be at every bison all the time, so people need to keep that common sense.” 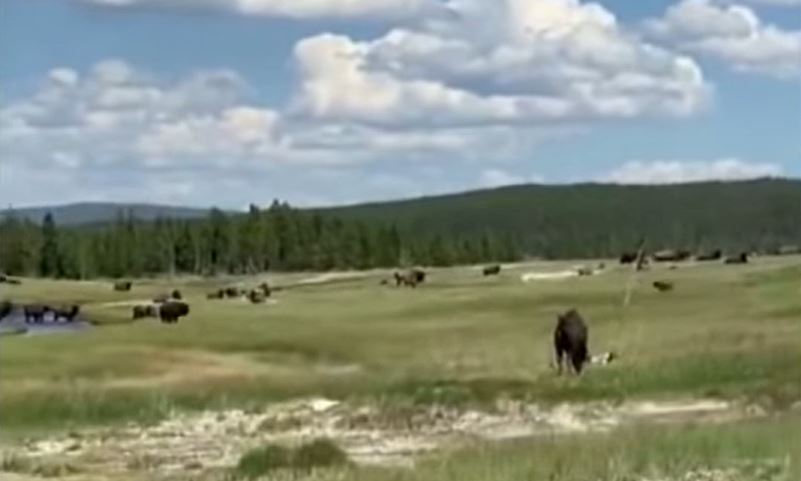 We’re not sure how this sheila came into such close contact with the beast, but one eyewitness reckons the quick-thinking woman is, “a Montana local so she knew to play dead in that situation.”

Final thought: While it’s worked for this chick, we don’t reckon you should use it as a rule of thumb. The b**tards are quick and angry, and if they’re keen on smashing you, they might just get you before you can fake your final moments. Still, each to their own. The internet never gets sick of animal attack videos.

Just in case you missed it, here’s one of Ozzy’s latest commentary videos…Ozzy Man Reviews: When Animals Fight Back #7