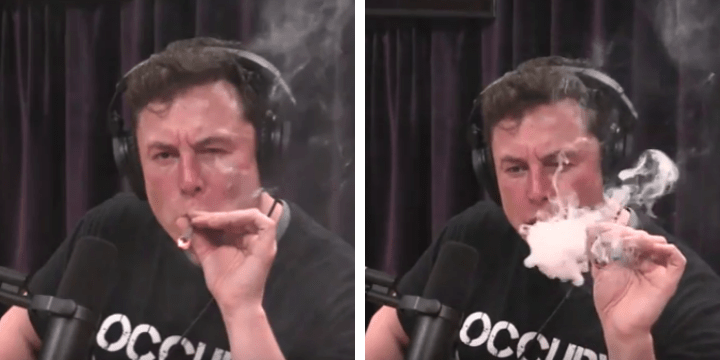 Nah, yeah, it’s safe to say that Musk’s appearance on the show is one he’s not gonna forget any time soon – although, considering he drank whiskey from a tumbler and took hits from a joint, maybe he’s forgotten it already. Either way, he probably slept well that night. 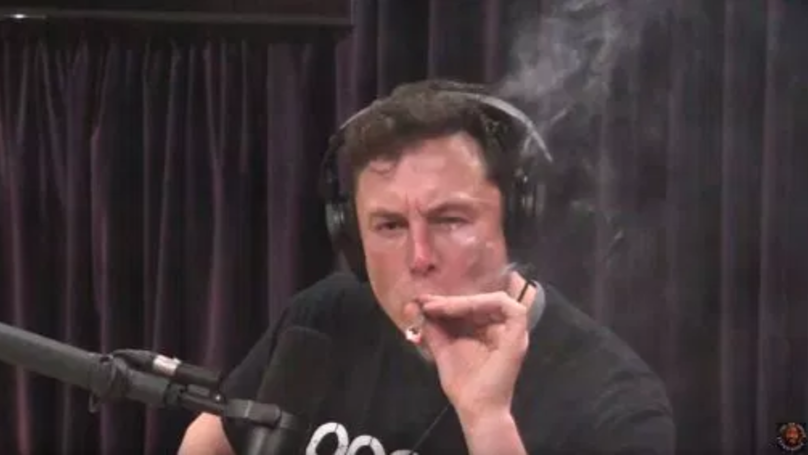 Musk, who by all accounts, has had the famed ‘year from hell’ this year, appeared pretty relaxed on the show, but that didn’t stop them talking about the important stuff. And, to be fair to the two personalities, they got into some interesting conversation pretty bloody quickly. With the small-talk done, they ignited the interview with talk of Musk’s The Boring Company Flamethrowers starting within thirty seconds.

“It’s a terrible idea,” said Musk. “I told them not to buy it…It’s dangerous. It’s wrong. Don’t buy it. But still people bought it. I just couldn’t stop them.”

Good to know the company happily sold 20,000 of them then. However, to be completely f**ken fair to Elon, he does point out that they’re really just roofing torches with air rifle covers. 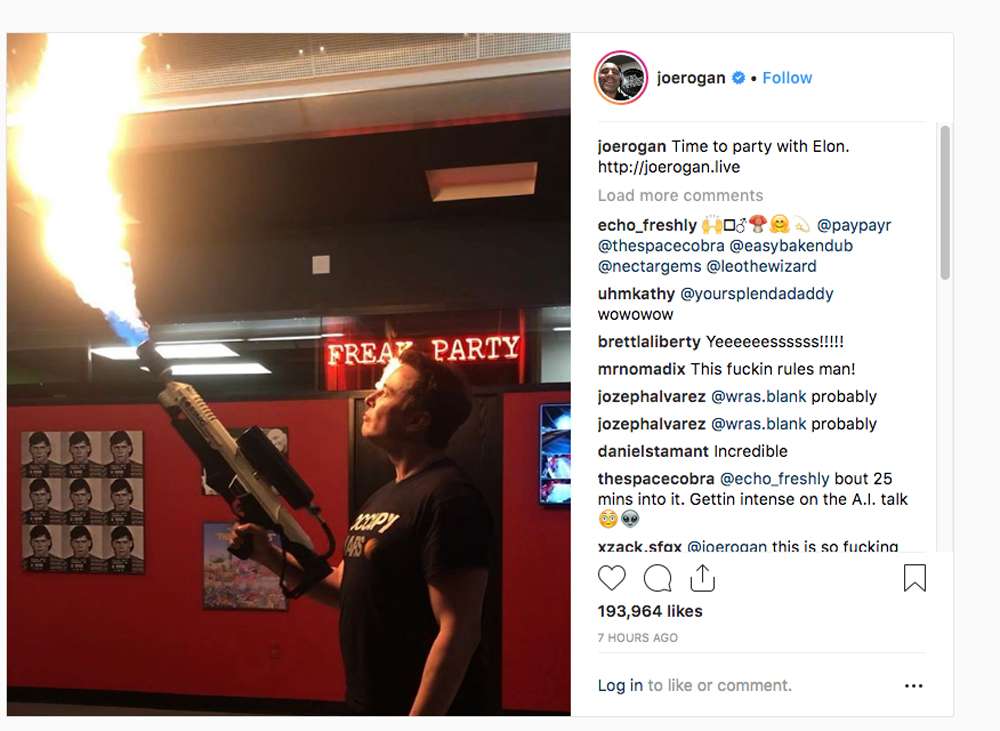 Of course, the bit everyone wants to know about is Elon taking a hit of that joint.

“It’s legal, right?” he asks before bum-puffing a toke of the spliff.

Rogan, of course, encourages him – just like the cool guy in any nerd/jock combo – and tells him that the combination of tobacco and marijuana is ‘wonderful’.

Is it any wonder then that with Musk getting baked, the show also includes him talking about the fact we might be living in a simulation. Talk about blowing out the cobwebs and having a good old-fashioned wrecked-as-f**k deep and meaningful conversation. 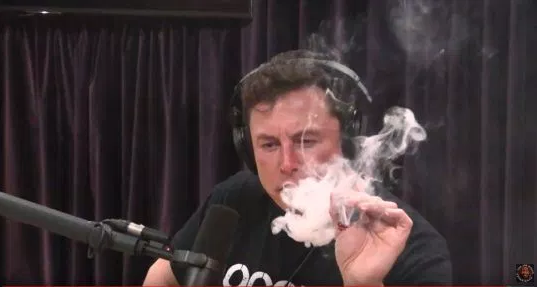 Final thought: Musk has seemed to cop a bit of a hard time lately – and when your ideas are something of a threat to the status quo, you’ve got to accept that. Whatever’s going on with his business, it’s good to see him have a relaxed conversation and provide some insight on a whole range of his business ventures. Good shit, boys. You’re all right.