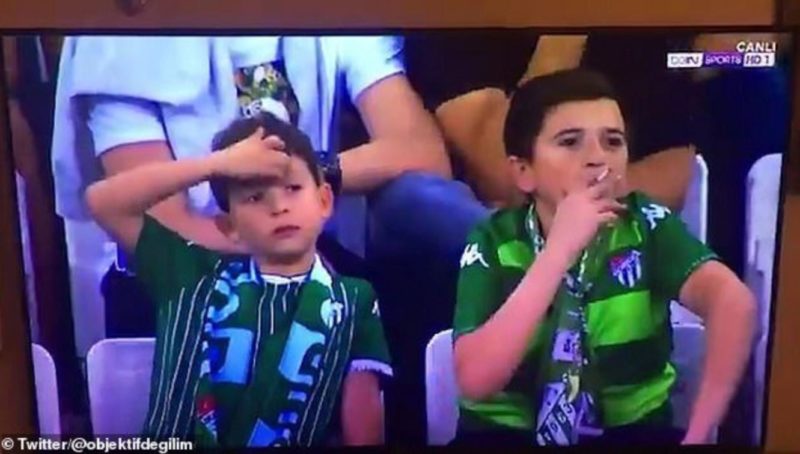 If you’ve ever heard stories about Turkish soccer teams, you’ll know the matches can be pretty bloody crazy affairs. Don’t take our word for it, though, former England striker Les Ferdinand has spoken about having a goat sacrificed in his honour before his first game in Turkey. He was then daubed in the blood and sent out onto the pitch. Still, though, that’s not exactly what’s worrying people in this photo we’re going on about. Yeah, nah, it appears to show a young kid smoking a bloody darb!

Whatever you call ‘em, we all know that durries, duzzas, fags and cancer sticks aren’t just a shockingly bad idea for kids; they’re a fair dinkum bad idea for adults as well. Still, at least adults are, technically, allowed to smoke ‘em. 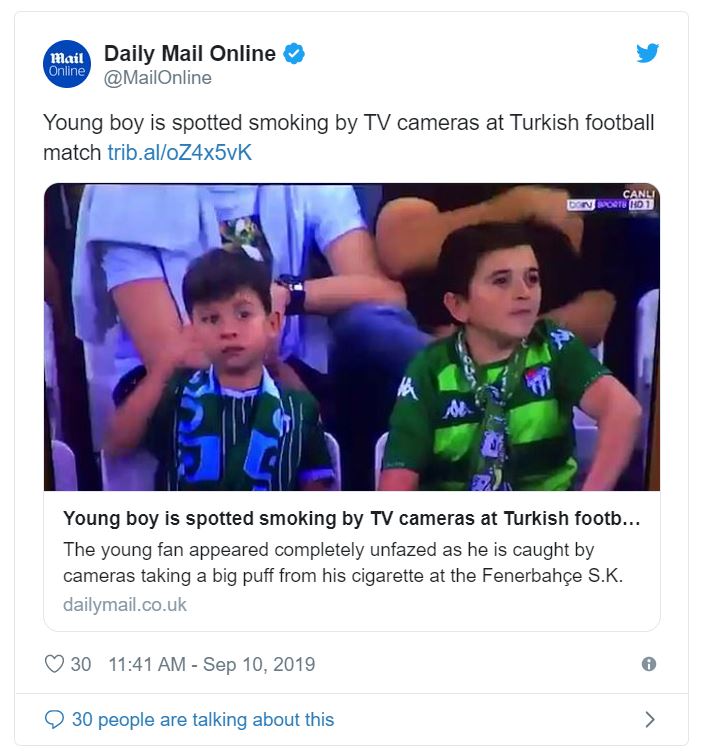 Kids, though, should not be smoking anything, unless it’s the opposition in Fortnite, so there’s no way they should have a bloody Winnie Blue in their gob. That seems to be exactly what a photo from the recent game between Turkish teams Bursaspor and Fenerbahce shows.

Have a bloody squiz at it. There’s no way that’s not a kid, right? Seriously, that baby-faced little smoker can’t be older than bloody nine. And judging from the way he’s inhaling and not just bum-puffing, he’s been at it for a while. 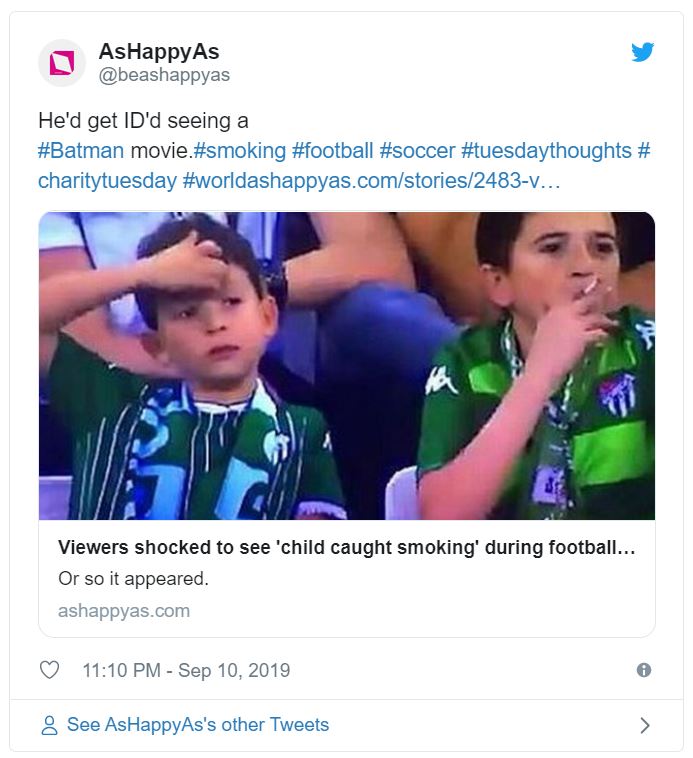 Luckily, though, no one needs to call child services. Despite the fact the footage alarmed busy-bodies and do-gooders everywhere, that’s not actually a kid dragging back on a lungful of shortened-life-expectancy. Yeah, nah, that’s a thirty-six-year-old father.

Apparently, he’s just one of those lucky guys who can balance his constant need to show ID with the fact that he’s probably never gonna have to spring for a razor. Swings and roundabouts, really. That’s all life is: swings and bloody roundabouts. Final thought: Yeah, nah, we can hear you out there, soccer-fans. We know you want us to call it football. Honestly, we know. The problem with that is that you’re getting the big yeah, nah. It’s soccer, mate. Soccer. Stick that in your pipe and smoke it.