Anyone who’s ever seen a cat knows that personality aside, the little buggers can be pretty cute. Of course, anyone who knows that cats are cute also knows that they have one big round design flaw just puckered up and ready to repulse all who gaze upon its winking eye. Yeah, nah, we’re talking about the pussycat butthole. So, with that in mind, you might be wondering just why the makers of the famously awful CGI crapfest that made up the 2019 stinker, Cats, decided to consider a version with buttholes…

Yeah, nah, apparently, there’s a version of the film somewhere out there where the anthropomorphic characters have buttholes. Deadset, if that’s not already in the spankbank of your local furry enthusiast, we’ll be amazed… 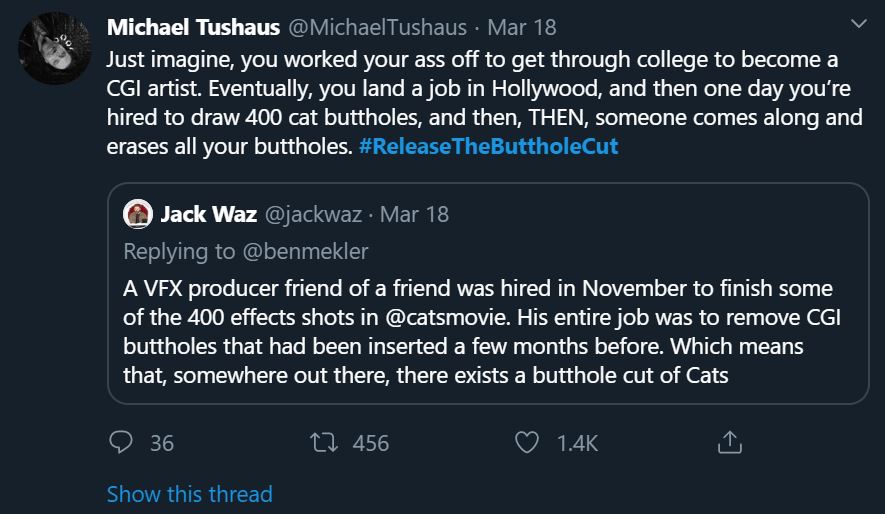 Anyway, seeing as the film’s copped it pretty hard from critics in all corners, we’re not gonna worry about lambasting it even more. The message about the film is loud and clear: it was a load of arse. 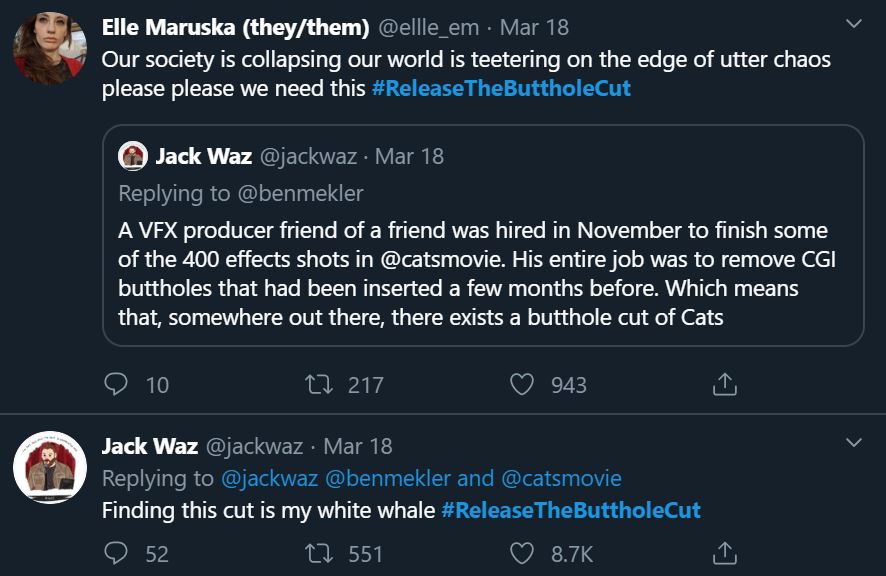 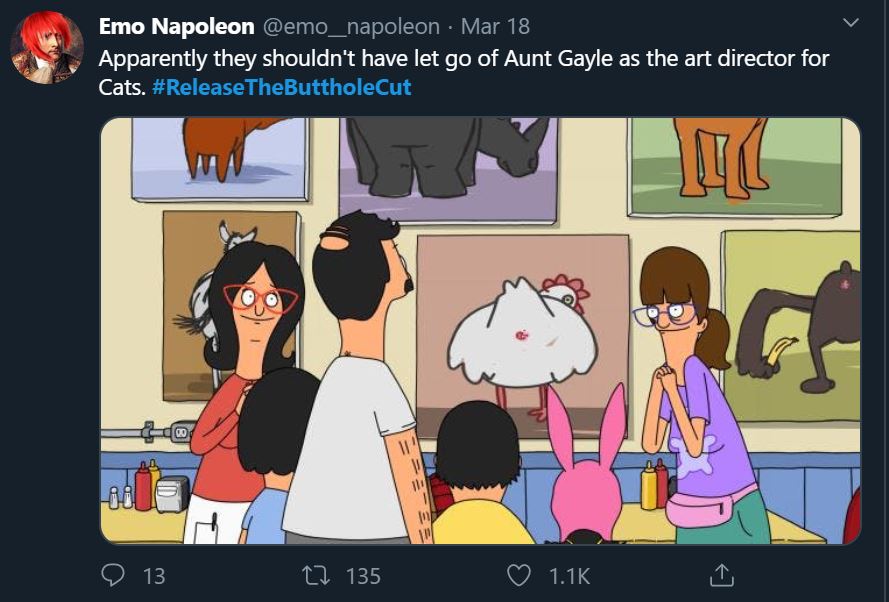 The real story here, though, is the WTF bit about the fact a version was made with buttholes. Fair dinkum, at some point, someone decided that seeing as no one is ever physically sickened by the sight of a cat’s balloon knot, they should probably include them in the film. 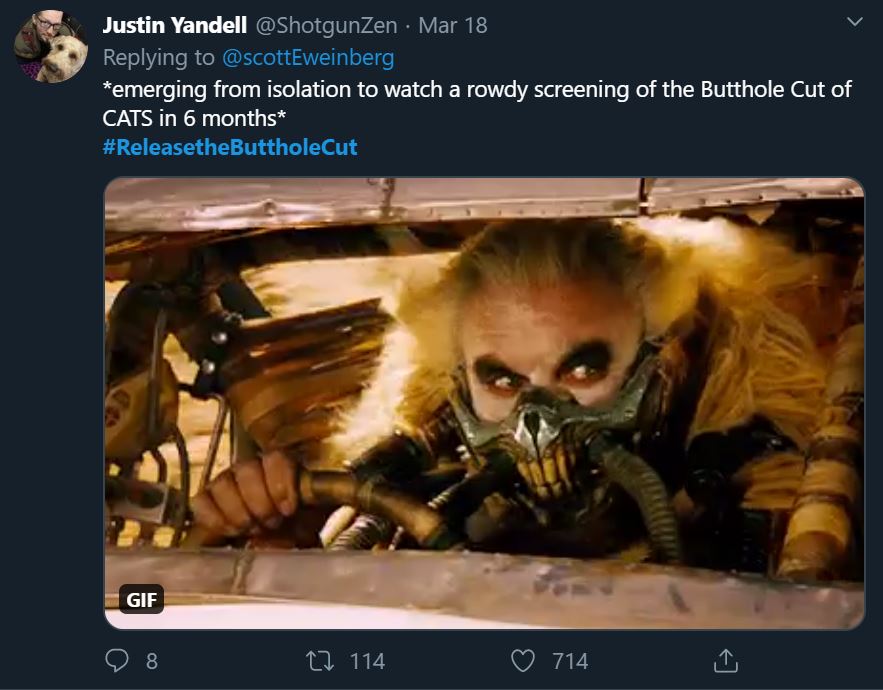 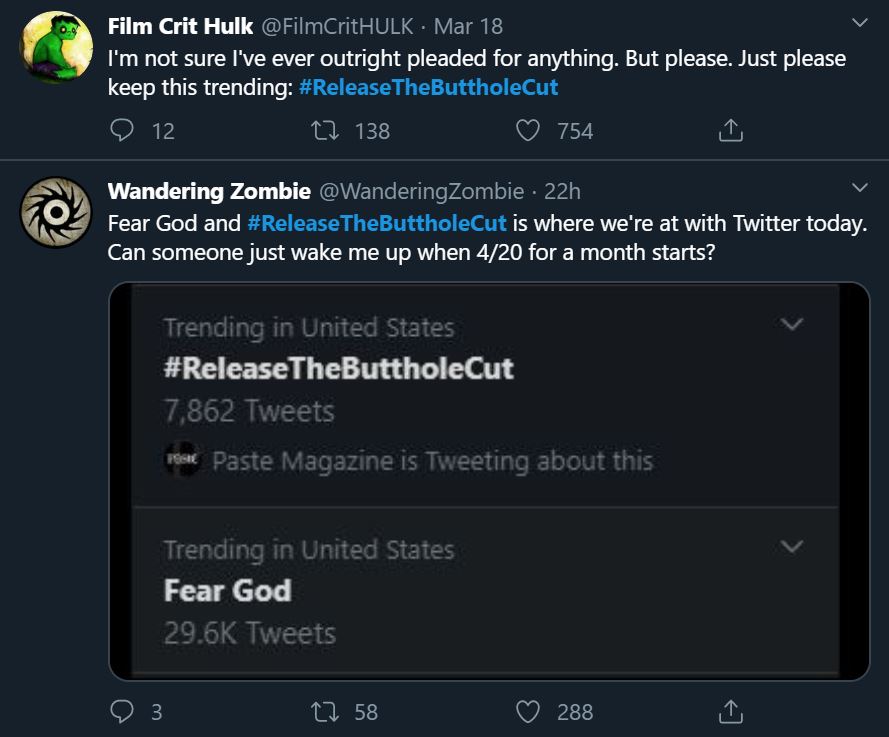 Thankfully, the producers saw sense – and after what must have been a very interesting discussion – decided not to include the feline turd cutters. 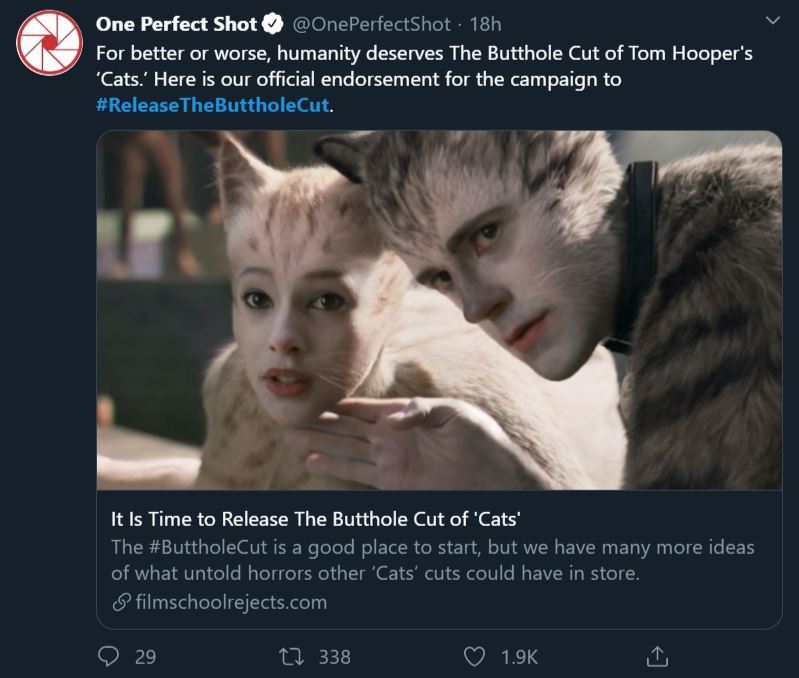 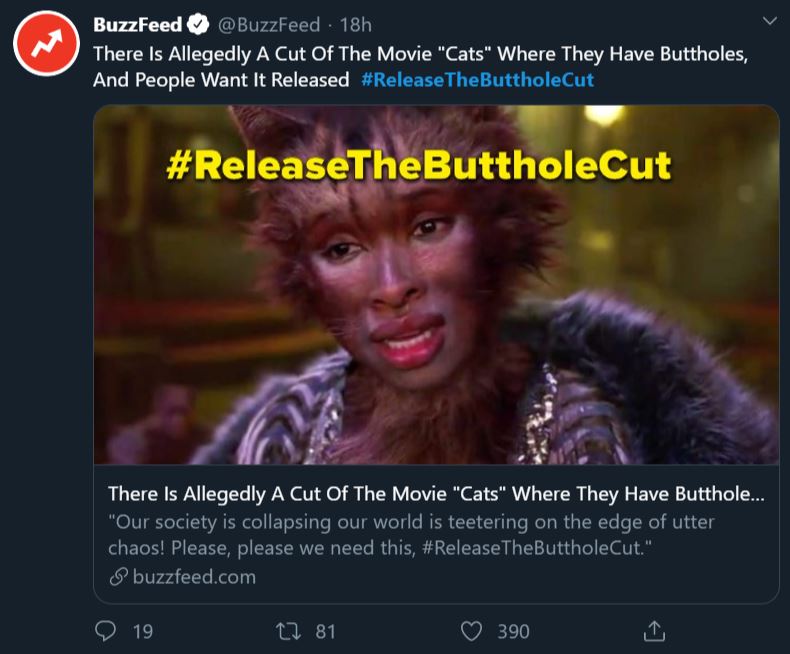 Still, that hasn’t stopped the film from finding itself back in the public eye after news about this version existed. According to Film School Rejects, a bloke was saying he wanted a tell-all book about the making of the film on Twitter, when Jack Waz spoke up. 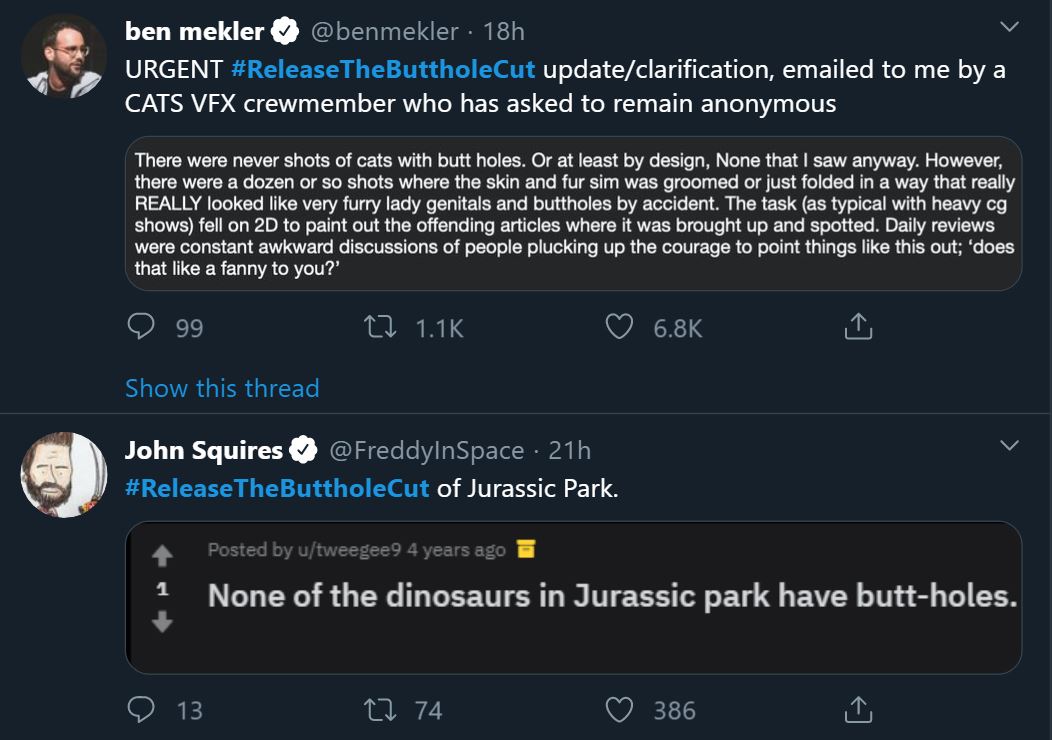 “A VFX producer friend of a friend was hired in November to finish some of the 400 effects shots in @catsmovie,” he said. “His entire job was to remove CGI buttholes that had been inserted a few months before. Which means that, somewhere out there, there exists a butthole cut of Cats.”

As you can imagine, the internet went into meltdown. 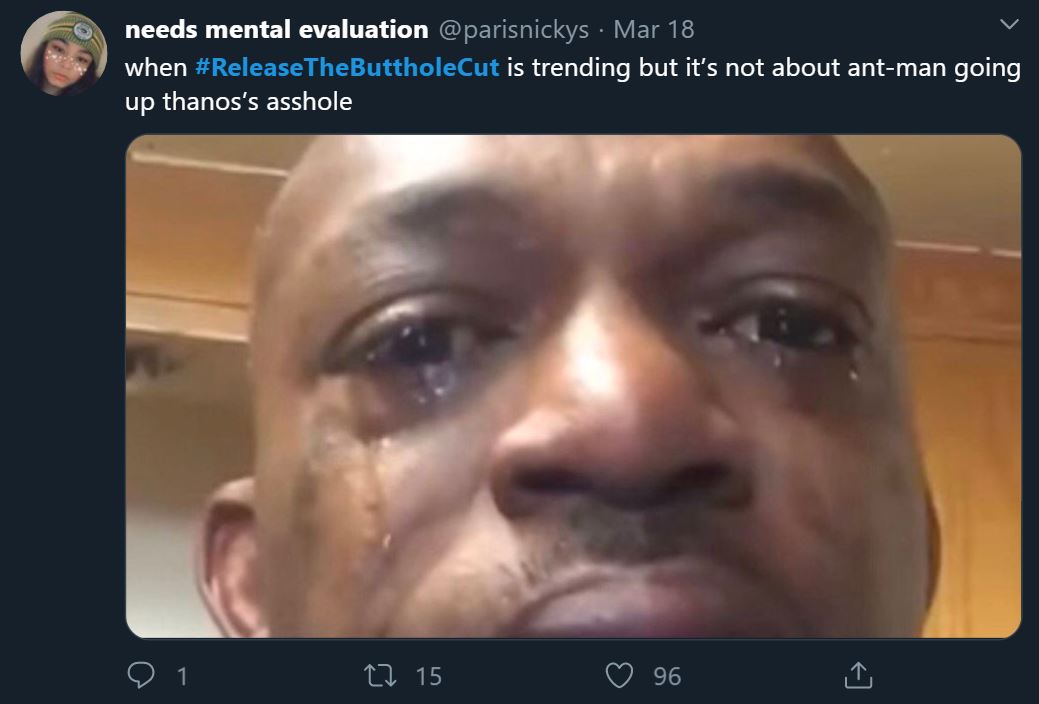 Final thoughts: There’s only one thing for it, guys. Do you want the #buttholecut or not? Let us know in the Facebook comments section.

Just in case you missed it, here’s one of Ozzy’s latest commentary videos…Ozzy Man Reviews: Cats Being Dodgy #2