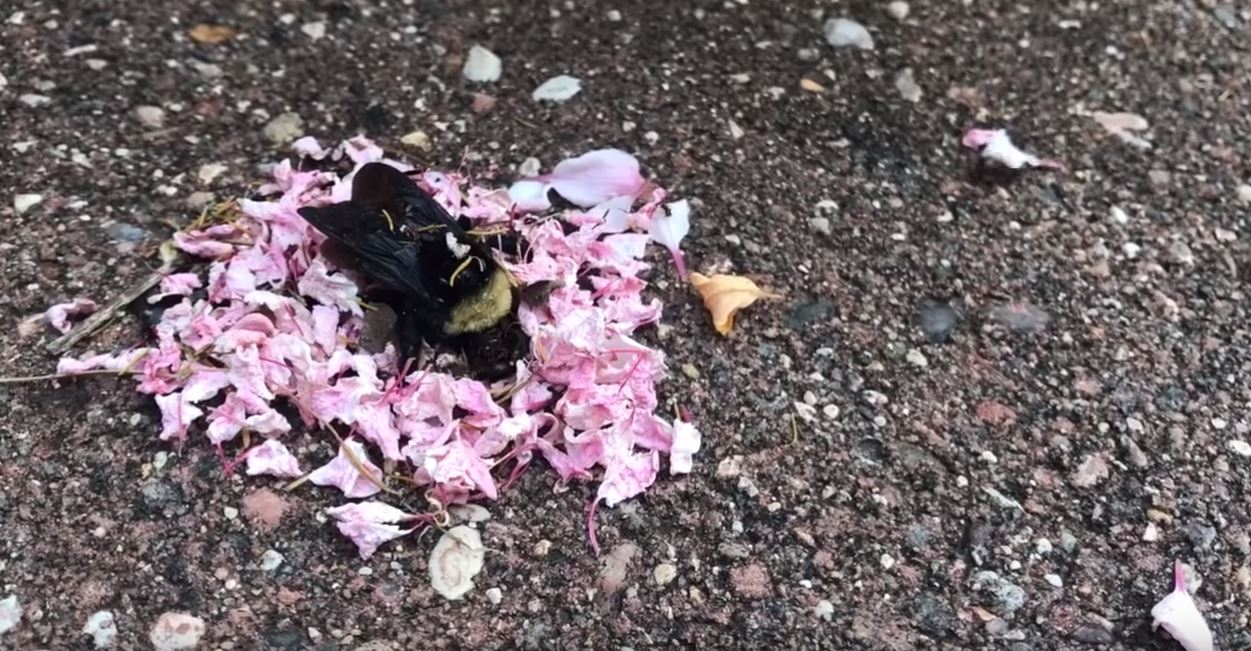 And now it's in the pile itself. Credit: Sunny Mon

Death. It really does affect us all. And it affects us all in different ways. Across individuals and across cultures, we all respond to death differently. Some of you might need to respond to death by wrapping it in a rug and dropping it off in the bushes, others among you might react more traditionally and build a pyre. Of course, we humans are not alone in our reverence of death. Whales, elephants and apes also react to death. And now, according to this video, ants have a little thing going too…

What that ‘little thing’ is exactly, could be anyone’s guess. What we know for certain is that this video shows us ants carrying petals towards a dead bee that already rests on a bed of other petals. It’s important we don’t get carried away here and assume that this is obviously the ritual that welcomes the apocalypse, although that’s probably exactly what it is. 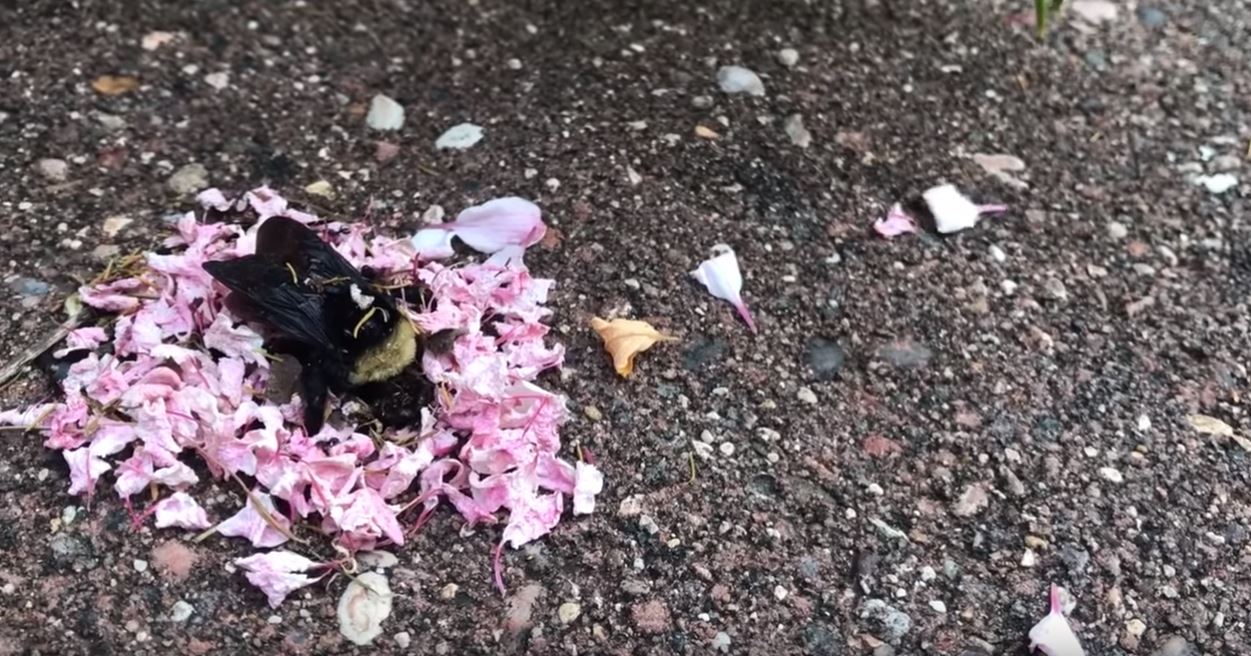 Keep your eye on the petals to the right of the mound. Credit: Sunny Mon

At the same time, while we want to give the benefit of the doubt to the well-meaning scientists who’ve provided ‘logical’ reasons for the ants to be doing whatever the f**k it is that they’re doing, we don’t necessarily want to go along with their opinions just because they’re clearly the most educated people on the matter at hand. 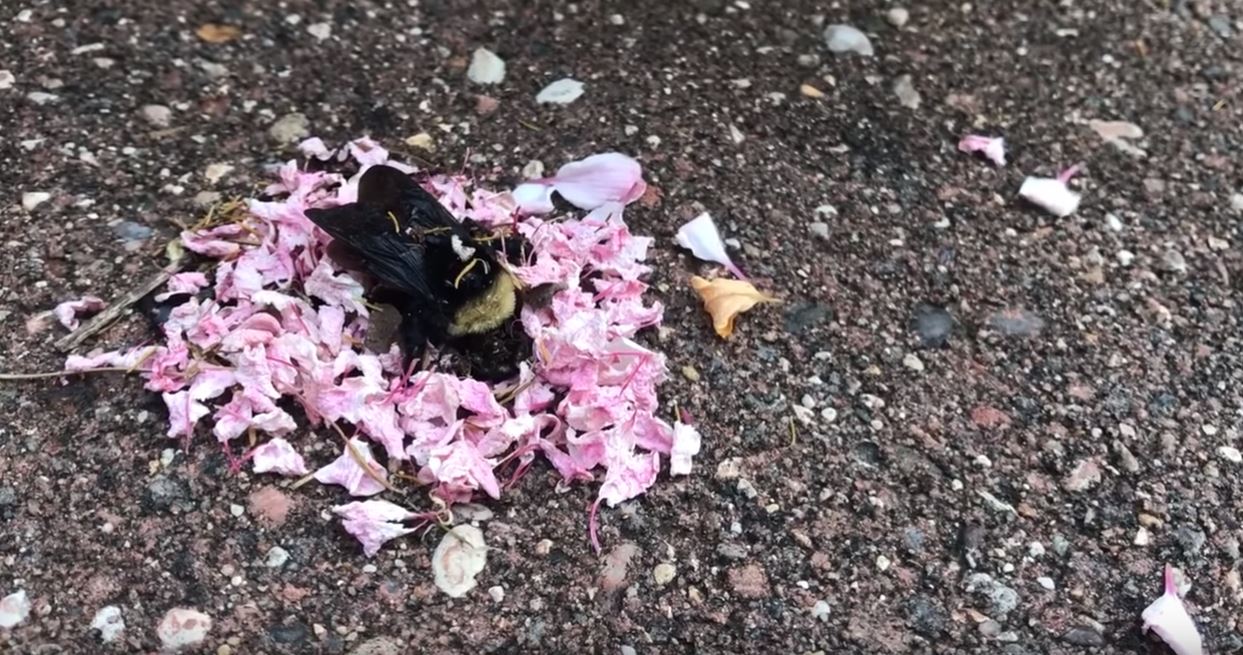 Yeah, nah, it’s probably the apocalypse. The ants are thanking the benevolent bee for its lifetime of labour pollenating plants and flowers before it had to buzz off and leave this mortal coil. Once they’re done, there’ll be floods and plagues and giant ants that shoot lightning out of their f**ken mandibles.

There’s literally zero chance it could be any of these ridiculous ideas put forward by the science wizards:

And now it’s in the pile itself. Credit: Sunny Mon

Final thought: As always, we don’t want to get ahead of ourselves, but these science wizards are clearly too optimistic. The only solution is to share the video and incite panic and disorder. The end is nigh! The end is very f**ken nigh!