As we’ve said a lot lately, we live in really  f**ken interesting times. All around the world, there’s a new rise of extreme right politics, a global pandemic, and no desire at all to fix the issues with the environment. Throw in technology that’s rapidly changing and it’s almost like a bloody Neal Stephenson novel. And make no mistake, the s**t we’re seeing in the video down below could be straight out of one of his books. Basically, it sees cops using music as a shield to prevent videos being shared on certain social platforms. Give it a squiz and let us know what you reckon, because it’s a can of worms…

First off, we’re gonna get up-front and say that regardless of where you are in the world, being a cop is a f**ken hard job. Plenty of us wouldn’t do it. At times, your life is literally in danger, you’re forced to deal with potentially traumatic circumstances, and quite often, you don’t get any respect. 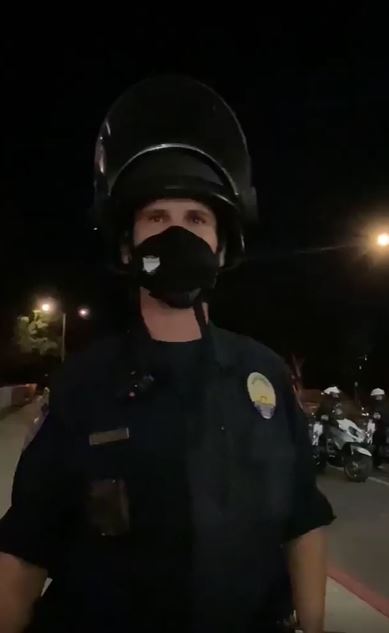 And yet, none of that means that the cops should be able to act how they please. Yeah, nah, we want these guys to be bastions of social justice. They should be f**ken heroes. They should be idolised and they should be totally happy to have their acts of virtuousness shared around the world.

And that’s the question that comes up here: if they’re always doing the right thing – particularly on a wage paid for by the people – then their actions should be held up for scrutiny. With that said, let’s move onto the next thing.

How does music make it harder to share videos of them? Well, basically, algorithms in Instagram’s engine-room automatically take videos with copyrighted music in them down.

Now that you know all that, let’s have a look at the video. It was shared on Mr Checkpoint’s Insta page, and captioned with the following: 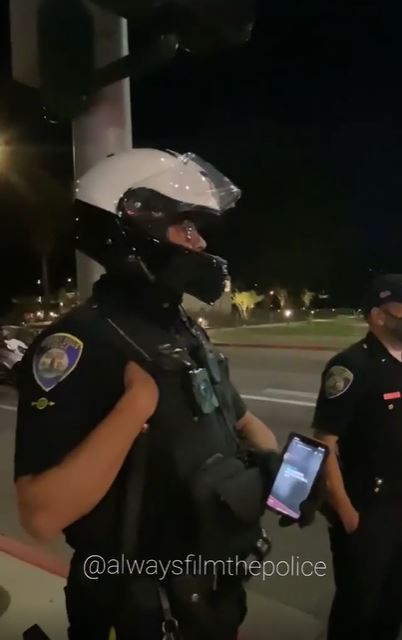 “In what I think is all an attempt to stop @sennettd ability to broadcast freely while I was live streaming. It seems they think playing copyrighted and licensed music will keep the word from getting out. And turns out.. they are right! I sent this video to multiple news agencies who covered the story. Most said they can’t share it… why??? Because it’s playing Beatles music. I guess sublime is more lenient. This is why we @alwaysfilmthepolice.” 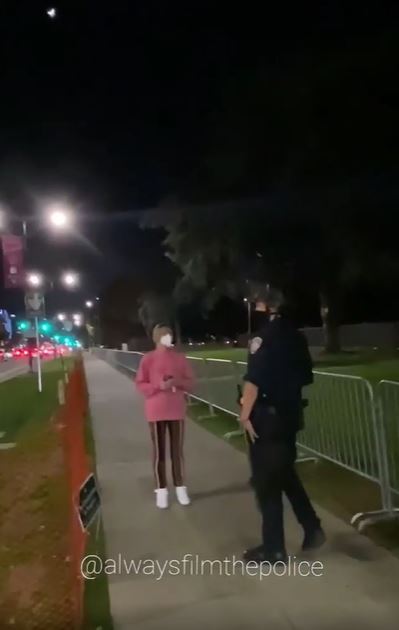 What you’ll see is the cops just playing the music as the journalist attempts to interview them. In fairness, these cops don’t look like they’re doing anything wrong and the one talkative dude seems like a reasonable fella, but there’s a can of worms here, and we wanna know what you lot make of it.

Final thought: For us, this is a bit devious. As we said above, policing is a tough f**ken gig, and we all want them to be a group who are truly there to help the public. Unfortunately, we know that’s not always the case, and this kind of dystopian curveball could, in the wrong context, be used to help hide some shady s**t from the media. Thoughts?

A post shared by ALWAYS FILM THE POLICE #AFTP (@mrcheckpoint_)

If you’ve been tuned into your social media news over the last couple of weeks, you would have probably seen a story or two about a chick named Tessica Brown who superglued her hair and needed surgery to get it fixed....

If you know your metal music, you’ll know that it’s chock-full of skeletal imagery and songs about dead stuff. You’ll also know that the axes wielded by some of the genre’s musicians are gnarly f**ken beasts that look...

We’ve mentioned it before, but one of the real joys of the whole COVID thing – even for those of us who should be all over it – is the use of face-to-face meeting apps like Zoom and Teams. Of course, for those of you ...

The moment the Utah Avalanche struck – caught on film!

Thanks to the movies, it can be pretty tempting to think you know all about natural disasters and scary f**ken events. We’re willing to bet, though, that the reality is pretty f**ken different. Deadset, we live in Aus...