If there’s one thing we bloody love here at Ozzy Man Reviews, it’s a genuine conspiracy theory. And no, we don’t mean those pissweak modern ones like ‘lockdowns are a means of control’. Yeah, nah, we’re talking about the sort that sees dentists planting tracking devices on kids with red hair, or ones that talk about lizard-people running shadow governments, so when we saw that someone was finally going to unveil the truth about the windowless tower buildings dotted all over the continental US, we were all about that s**t.

And you can’t blame us. After all, facts like this aren’t easy to find if you don’t go looking for them. F**k no, it’s way easier just to come up with wild conjecture. You know, things like, ‘oh, those windowless buildings are the locales where the company behind Australia doesn’t actually exist conspiracy keep all the sets and actors.’ 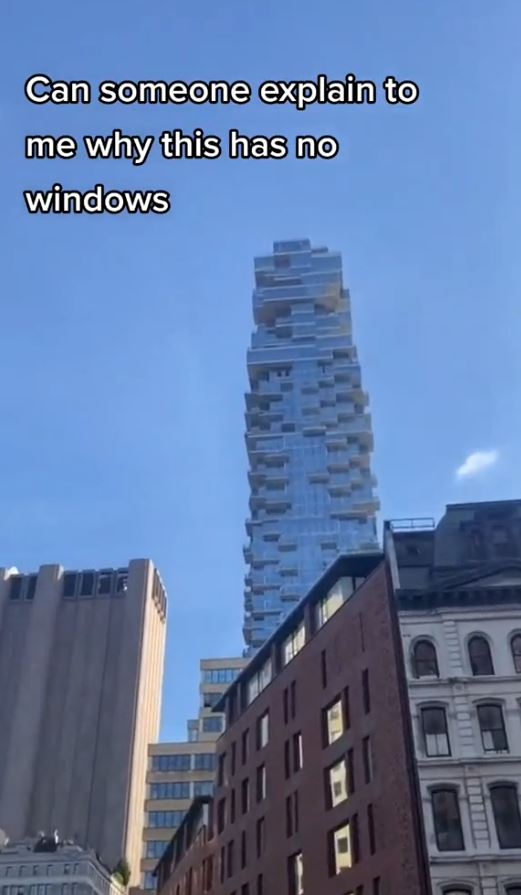 But alas, it seems our lack of research has undone us once again, because TikToker Eric Guidry is all over it. Responding to a clip where someone asked for an explanation, he said:

“That building in New York, this windowless building in San Francisco, this one in Chicago, this one in Austin and hundreds more buildings placed conspicuously across the country, in very populous locations, are all part of AT&T’s long lines network.” 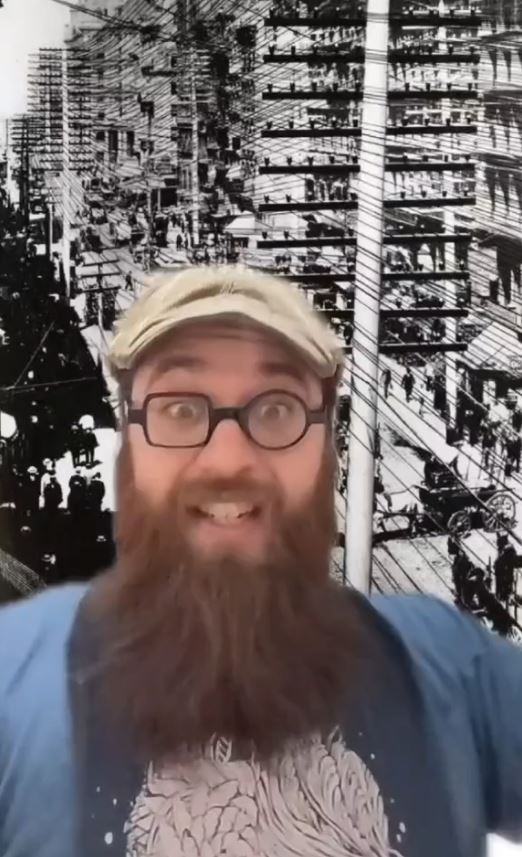 AT&T, for the uninitiated is a Telco. So, Guidry reminded the youth of today what phones used to look like before everything went digital:

“The lines on your phone physically connected to the person on the other end’s phone. That meant we need these massive switching hubs. Most of those buildings I showed were built in the ’70s [or earlier] – that means they didn’t require actual operators. And because this machinery didn’t particularly care if there was light or not, they just decided, why add windows?”

Still, in fairness to the sheila who asked Guidry the question, she’s not the only one who’s wondered. Even Tom Hanks has been curious about these buildings.

This is the scariest building I've ever seen! WTF goes on inside?? Hanx. pic.twitter.com/nXeUI64rXm

Thankfully, Guidry had even more info on the specific New York building:

“That building is 33 Thomas Street, which is known to be one of the most secure towers in the world. It has enough gas, water and electricity to be able to continue running independently for up to two weeks and is supposed to be able to actually withstand a nuclear blast… within reason. Although most of the equipment has been digitalised and you don’t need it for phones, it’s still critical for network and internet infrastructure. In fact, if you’re watching this in the US, this video probably went through one of those buildings.”

Of course, that’s exactly what someone working on the inside would say. Don’t you reckon?

Final thought: Yeah, okay, we might be clutching at straws when we say that we like the real conspiracy theories from back in the day, but you’ve gotta admit that they’re a bit better than the modern 5G is giving you Covid ones. Anyway, out one of your tinfoil-hat wearing mates and tag ‘em in the comment section for this one.

Working with other people is one of the most interesting – and sometimes maddening – aspects of life in our modern world. Yeah, nah, in some workplaces, you hit the jackpot and get to work with people who understand w...

As you know – we do harp on about it a lot – Australia’s wildlife is weird and f**ken wonderful. Unfortunately, though, not everyone knows about much outside of our scary creatures. Yeah, nah, that’s a bit unfair. We’...

One of the greatest things about having a few beers with your mates and having a grand old chat is the sheer number of brilliant ideas you have. Deadset, most people will come up with at least one or two good ideas in...