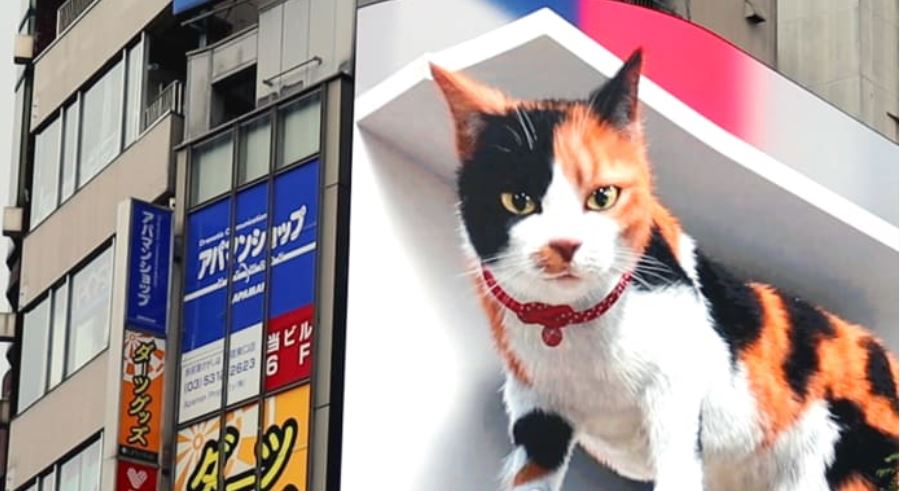 You don’t have to be a long-time visitor to Ozzy Man Reviews to know that we give cats a fair bit of s**t on this website. But, just so we’re clear, that doesn’t mean we don’t like the little buggers. Yeah, nah, far from it, we’re Australian, and we only give s**t to things we really like – you know, like our best mates. And cats. So when we saw this going viral online, we had to check it out. If you haven’t seen it yet, we reckon you’ll dig it: a giant 3D cat on a billboard above Tokyo’s Shinjuku Station.

As you’re no doubt aware, the Japanese have a long-held affinity for giant animals running amok in their cities, so we understand that Tokyo is the place for this to launch. But, don’t say we didn’t warn you when this gigantic cat goes on a rampage, treating the populace like mice. Those f**kers love their Kaiju and giant monsters too! 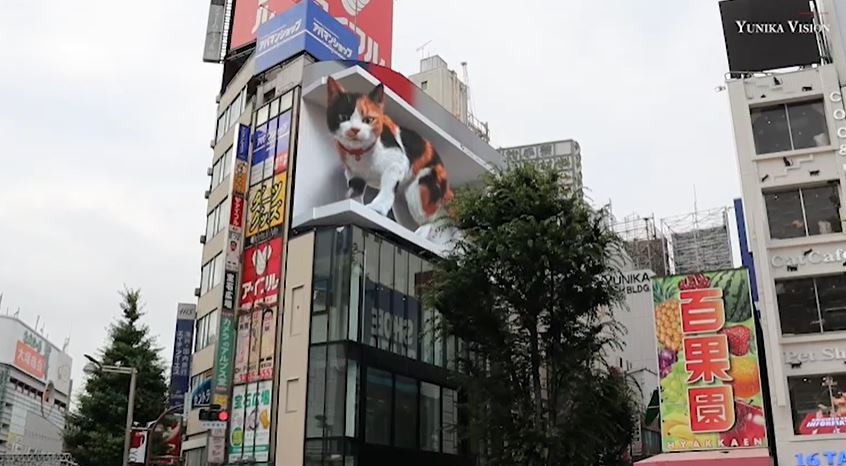 But still, who can seriously say they don’t like a massive pussy? That’s exactly why this thing’s been going viral online. Although, if we’re honest, you shouldn’t Google the phrase ‘massive pussy’ and you definitely shouldn’t Google ‘viral pussy’. Yeah, nah, just don’t.

Anyway, back to the big 3D pussy. According to CNN, the hyper-realistic feline comes to life on a 1,664-square-foot curved LED screen that shows the cat walking around high above the Japanese capital. 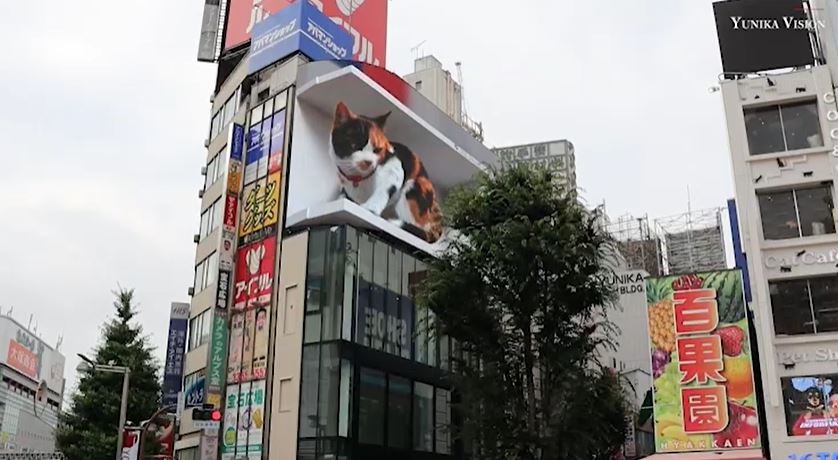 The pussy is visible from 7am to 1am, with the video changing throughout the day. In the morning, it sleepily wakes up, by the afternoon, it’s prowling the massive screen and meowing at passers-by, and in the evening, it lies down and goes to sleep. Yeah, nah, it’s a tired and worn-out pussy by that point.

The massive pussy’s creators, Cross Space, are even live streaming the pussy, so if you want to give it a look, check the video below. 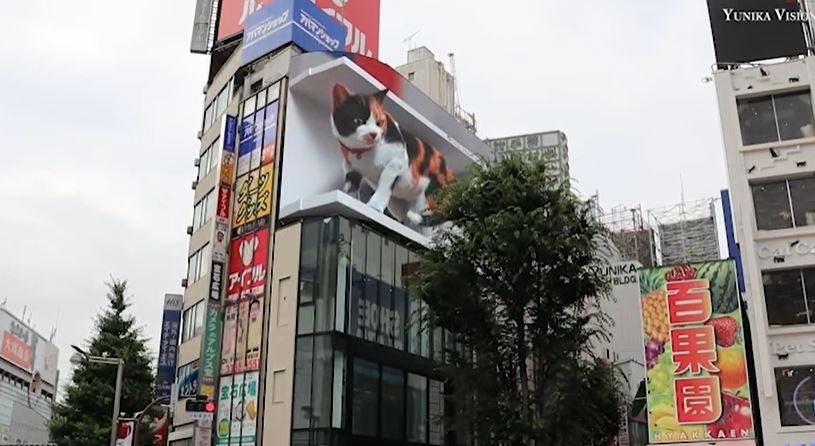 Final thought: Yeah, nah, this is pretty rad. We’re not sure what it’s actually in aid of, or whether it’s just a piece of entertainment, but we’d love to see s**t like this around Australia. Imagine a massive f**ken pussy above the Sydney Opera House. That’d be mintox. Anyway, let us know where you’d like to see a massive pussy. Hit us up in the Facebook comments.