Yeah, nah, it’s been a big year for stories that make you wonder just what the f**k is going through people’s minds, but this one might be the biggest of them all. Mia bloody Khalifa has been filmed picking up dog-s**t with her facemask and then putting the mask back on. It’s all a bit suss, and it seems like it’s being passed off as a stunt, but either way, you’ve still gotta wonder why someone would willingly choc-nose themselves, especially with a fresh dog turd.

Considering how quickly the video’s gone viral, picking up some 8-million views on its first day online, we reckon there’s a good chance you’ve already seen the story, but f**k it, if you haven’t, let’s get to it. 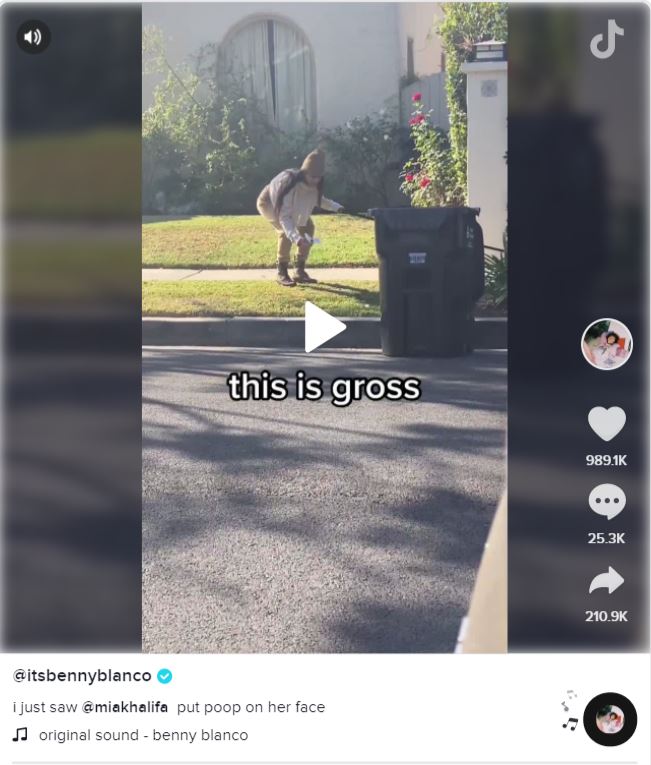 Basically, Khalifa, who’s no stranger to extreme attention-seeking tactics, is seen walking her dog. The little bugger lays some cable, and then, like a responsible dog owner, Khalifa realises she needs to pick it up.

Unfortunately, she must have forgotten her placcy bag. Never mind, though, she’s got another solution. She’s got a disposable face-mask covering her nose. And that’s when she does the unthinkable. She scoops the dog’s mud-monkeys up with the mask and puts it back on her sniffer. 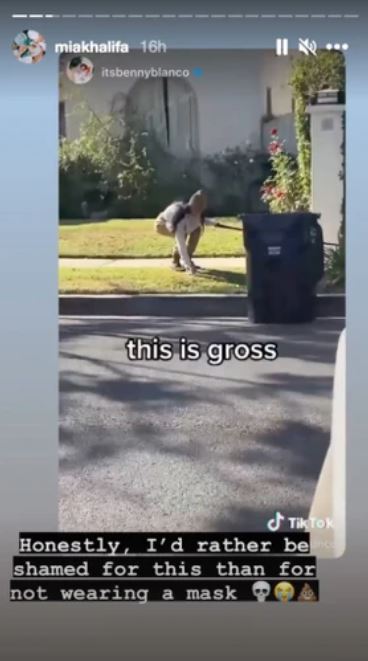 Now, obviously, some of this seems a bit too convenient. Why is Benny Blanco, a record producer, sneakily recording her for a start? Blanco was apparently recording her covertly, which is just f**ken odd, if we’re honest.

Also, the fact he’s tagged her when he’s uploaded it, and provided her with a platform to deliver a pro-mask message when she’s shared the video to her own Instagram stories, seems a bit f**ken skewiff. 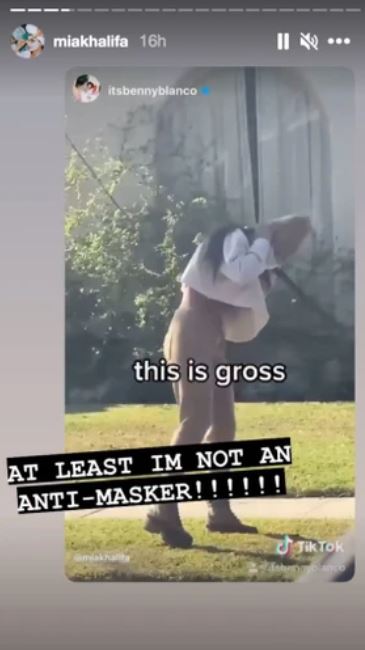 Still, that’s what happened. Khalifa shared the video, commenting, “Honestly, I’d rather be shamed for this than not wearing a mask. AT LEAST I’M NOT AN ANTI-MASKER!!!!”

Final thought: So, basically, we don’t know if it’s a cover-up or whether it was all planned. Why don’t you big bloody bewdiful dickheads tell us what you reckon. Is it fake, or is she really a poo-sniffer? Let us know.

mia khalifa picking up her dogs poop with her mask and then putting it back on. i mean at least she didn’t leave it there pic.twitter.com/62a1foIdrJ