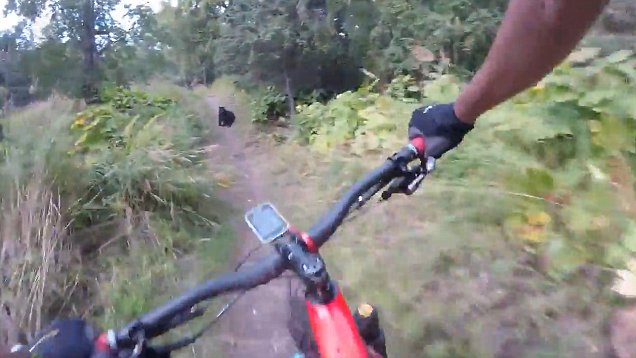 Ah, there’s nothing like a nice peaceful mountain bike ride through the bush. The wind rushing through your hair as you careen up and down the foothills, the blur of verdant greens and earthy browns whizzing by as you zoom downhill, the sh** in your pants as you skid around a hairpin turn only to be confronted by a f*****g bear.

Wait, that’s not part of the plan.  No one wants to see a bear, much less a deadly black bear when they’re trying to enjoy a thrilling bike-ride. Unfortunately for the dude blasting down a forest trail in this video, Mother Nature had other ideas. 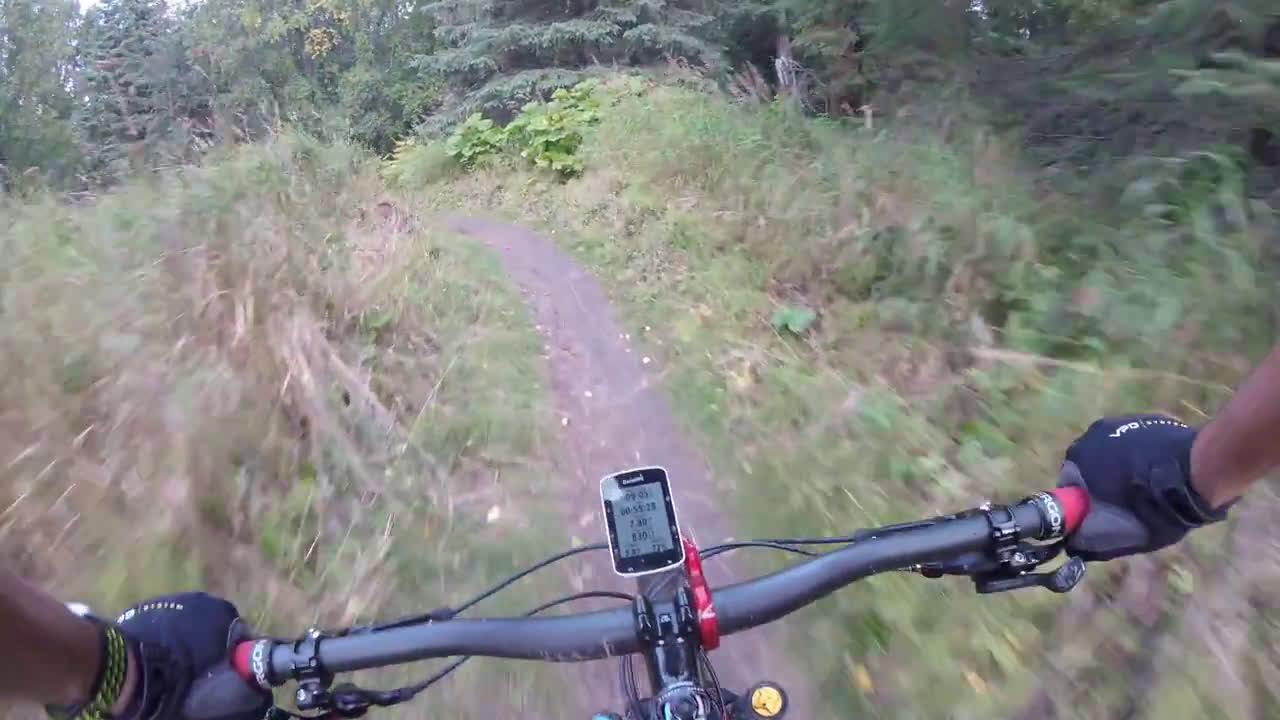 The video, posted to Reddit recently, shows an intrepid adventurer riding the forest trails of Kincaid Park in Alaska. One moment he’s thinking, f*** yes, this is grouse. I love riding bikes. I go so fast. It’s just like a rollercoaster. I’m having an amazing day. The next minute: f*****g bear. Big f*****g bear. Big f*****g black bear. A minute after that, the smell of sh** fills the air as he unloads in his dacks and bails into the bushes. 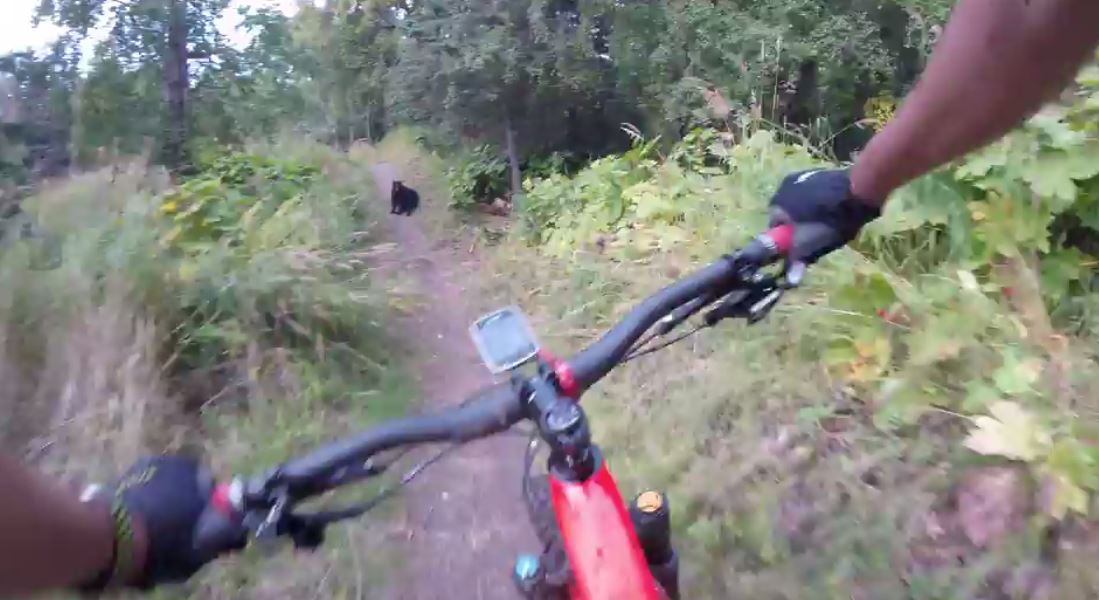 For the bear’s part, it doesn’t seem too bothered. It’s just chilling like a villain on its forest trail, ready to demand a toll of pic-a-nick baskets, honey sandwiches or juicy, juicy spleens when the rider comes along. It sees the intrepid adventurer eat sh** as he dumps the bike in the bushes and – as mentioned before – his lunch in his boxer shorts before getting the f*** out of there. 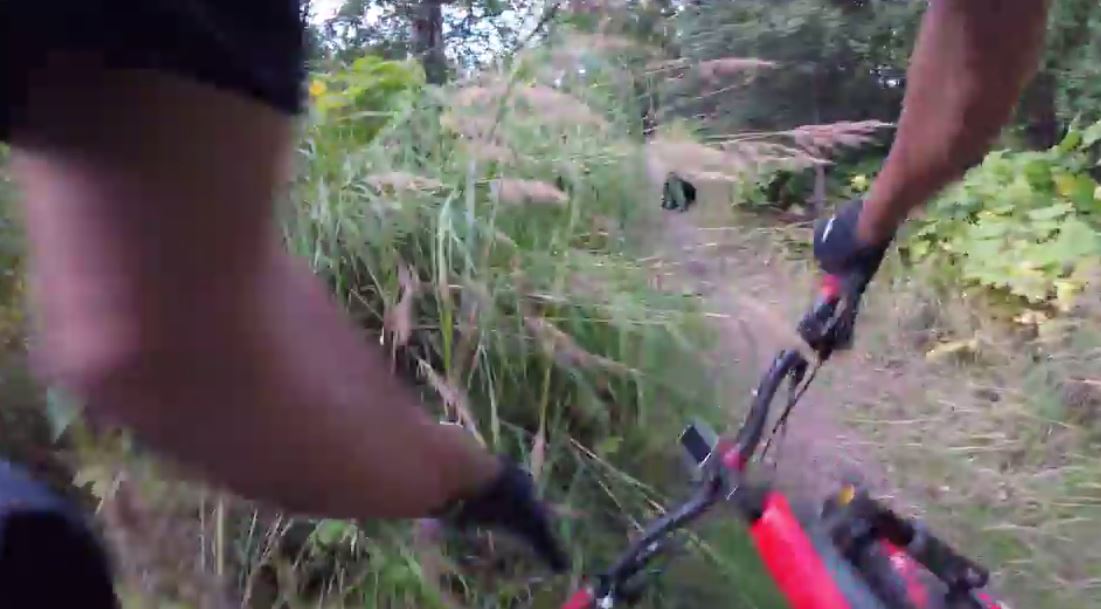 Despite the sheer terror coursing through Mr Bike-rider’s veins, the bear does not seem to give one f***. It even looks like it gets more relaxed. It’s probably thinking, well, that was interesting.  These humans sure do scare easy. It’s a shame the bastard didn’t have a pic-a-nick basket though. 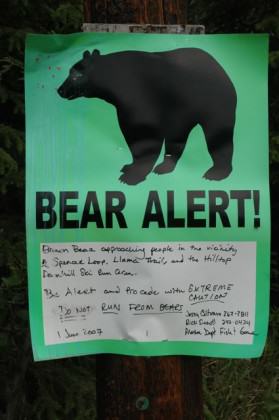 You should probably read this if you’re riding on Alaskan trails. Credit: Alaska Department of Fish and Game

On a more serious note, encounters with bloody bears are becoming more common in Alaska as more park trails open up. If you’re going out there, don’t be wanker, follow the instructions on the signs and come prepared with bear spray.