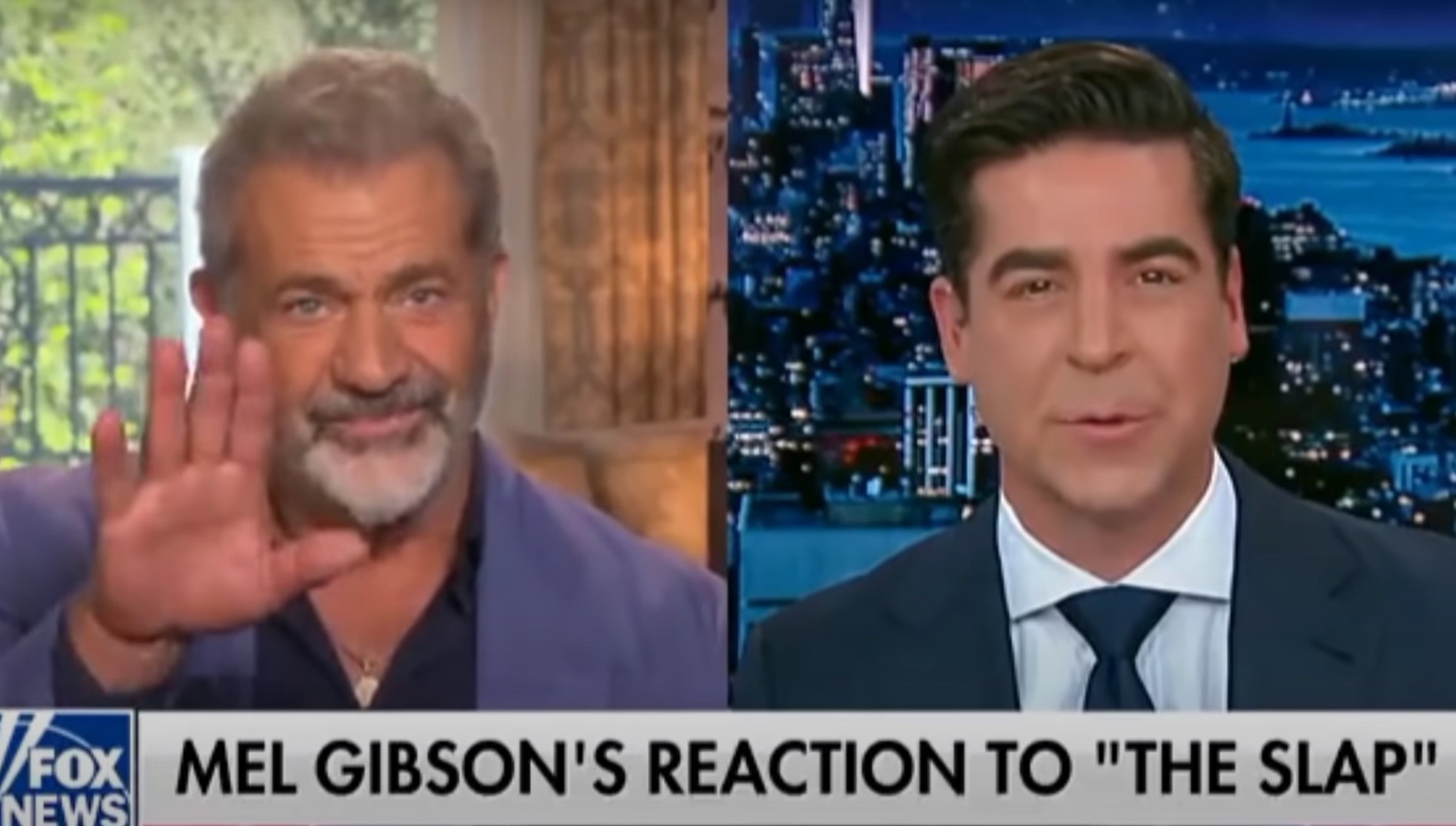 As you know, the world is still yet to move on from the Will Smith slap at last week’s Oscars, and people everywhere have been speaking their mind about it. One celebrity who’s yet to pipe up is none other than Mel Gibson. The star of Mad Max, Braveheart, and a billion other awesome movies is no stranger to controversy, so when he was asked in a Fox News interview with Jesse Watters, you might have expected him to share his thoughts. That’s really not how it went down though. Yeah, nah…

Ok, for a little bit of context, Gibson was on the show to promote his new film, Father Stu. Watters, though, couldn’t resist probing Mel about the Will Smith and Chris Rock incident.

“You understand it probably better than a lot of people, with your career.

I was wondering if, you know, you had been the one that jumped up out of his seat and slapped Chris Rock, if you would have been treated the same way, Mel?”

Jesse Watters concludes a strange interview with Mel Gibson, where he had a number of odd mannerisms, by asking him if he would’ve been treated differently if he was the one who slapped Chris Rock. pic.twitter.com/VyusbtUO2z

Gibson remains mute, smiling and pointing. We don’t know if he was having a mad moment or whether he just didn’t want to answer, but either way, his publicist was quick to step in and call an end to the interview. “Hello Jesse, thank you – that’s our time,” she says.

Yeah he knew it was a lose lose so he ended interview. I think it was a smart call.

The anchor doesn’t give up, though. Nah, he tries again. “Have you ever thought about that?”

Gibson just keeps grinning and waves goodbye as the publicist cuts across the interview for a second time. “Thank you, Jesse. Uh, we – that is our time.”

Obviously, we’ve no clue as to whether Gibson had told his publicist and Watters that he didn’t want to be drawn on the question or whether his publicist just didn’t want him to be trapped into some sort of gotcha. After all, as we already mentioned, he’s no stranger to controversy himself.

They had told Jesse and fox before the interview started that was not something they were there to discuss. But Jesse went for it anyway.
Any answer to that question is speculatio. Just trying to "stir the pot" as most like to do.

We’d be interested to know what you lot reckon, though. Share your thoughts in the comments section.

Final thought: In fairness to Watters, it’s an interesting question. Smith, previously, has been a bit of a media darling. Gibson has not. It’d be interesting to see the headlines if he’d been the one to slap someone in such a public forum.  So yeah, share your thoughts on that too. Why not?