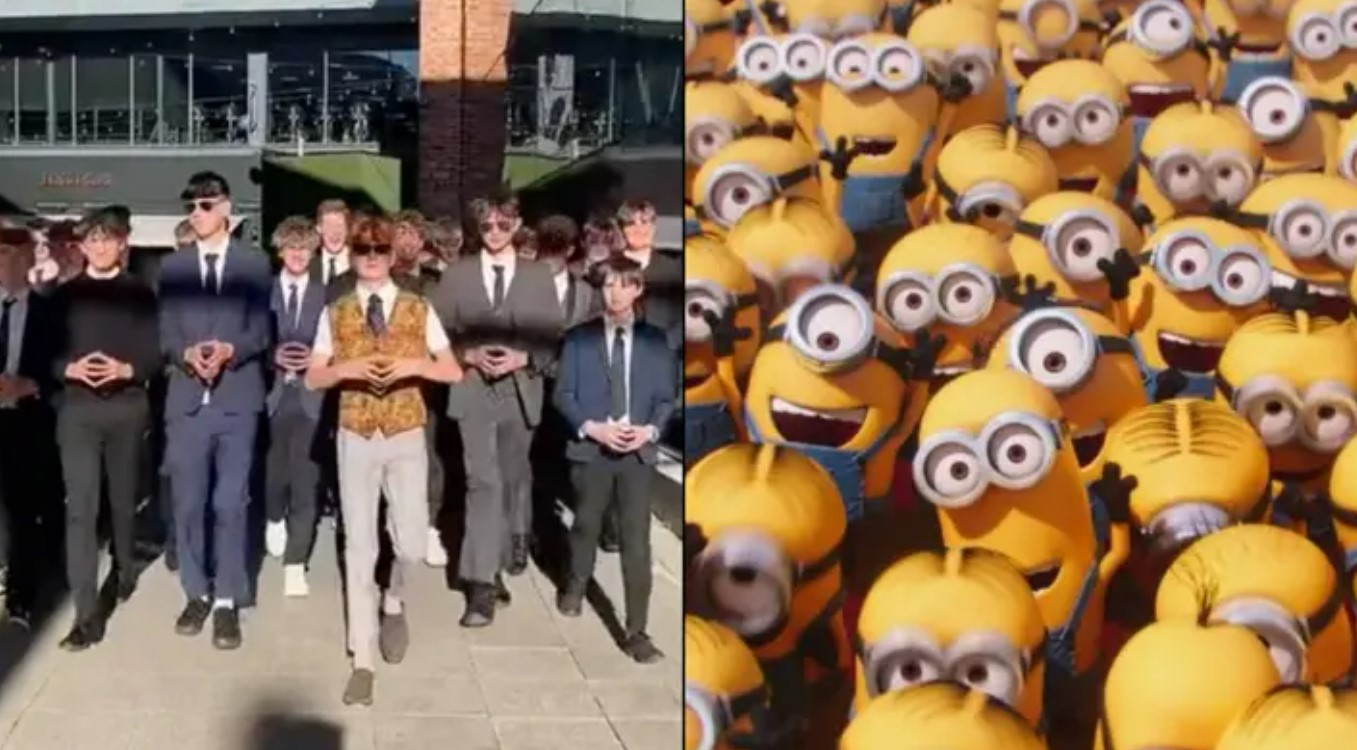 We all know there are some movies that seem to make people lose their s**t. Apparently, the new Minions film is one of them. Yeah, nah, deadset, we’re not sure quite why the youth of today would love this bad boy so much, but they f**ken do, and they’re showing that love in ways that have cost cinemas money and forced them to refuse entry to kids dressed up in their best outfits.

All right, just in case you’re one of the sane people out there who has no idea what the f**k a gentleminion is, a recent viral trend called #Gentleminions has recently seen whole groups of teenagers dressing up in their finest clothing and watching the movie with their fingers touching – just like Gru.

Why Minions is crushing the box office. pic.twitter.com/IsFSW7Tkrf

Unfortunately, it hasn’t stopped there. In a trend that’s bound to encourage boomers to bemoan the youth of today, some reports suggest that some showings are getting a bit rowdier than that. One cinema in Pommyland reckons they had to refund 1,300 pommy pounds worth of tickets (that’s more than 2,200 Aussie dollarydoos!) due to the trend.

Streets turned us despicable but our money still gru pic.twitter.com/YekGa9PV7x

The manager reckons, “I had to refund all of the tickets in that theatre because of kids shouting and mimicking the Minions while the film was playing. It was a group of about eight kids. Now, when we see any kids coming in to see the film dressed up, we give them a warning.”

Found this video recently and tbh it gives such @Subwoolferband vibes – sneaking #bananas into a movie theatre? These #gentleminions will be ready if they encounter a wolf.#givethatwolfabanana #Subwoolfer pic.twitter.com/zDVFZYuyoQ

A different unnamed cinema manager reckons, “The issue with the trend is children running around and treating the film as an opera, shouting and clapping. We had one small disturbance, but we asked the kids to be quiet and they were so, fortunately, it’s not been an issue for us.”

this is not very gentlemanly pic.twitter.com/TiOe7K5L67

And really, that’s where the common-sense is, right? Give ‘em a warning and then f**k ‘em off as soon as they mess up.

I love being gen z. We have so much power😭💀💀🤌🏼 #tiktok #MinionsTheRiseOfGru #Minions #gentleminions pic.twitter.com/2OUarPhubj

Final thought: All right, we don’t know about you, but we reckon this has got all the hallmarks of media beat-up. Have you seen this happening? Is it bulls**t? Are the kids of today just broken? Or is this not happening at all? Have your say in the comments section. See you there!

Just in case you missed it, here’s one of Ozzy’s latest commentary videos…The Most British Streetfight Ever