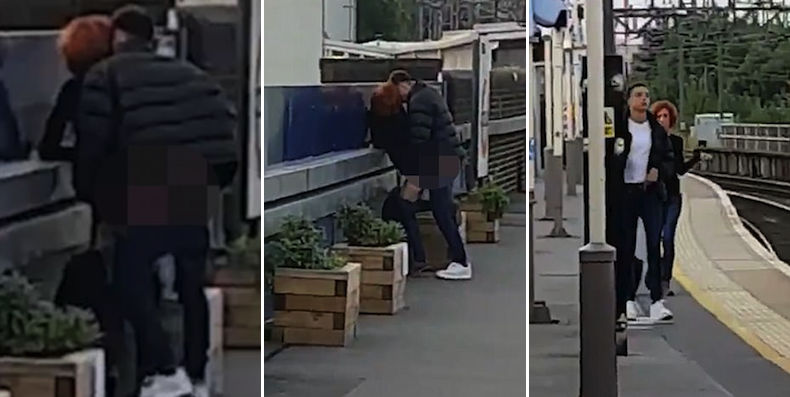 A British psychology student who became internet-famous when he had drunken sex with an unidentified woman at a railway station in East London, has been given a 60-day alcohol ban for his efforts.

23-year-old Dominic and the woman were recorded by stunned commuters, as they got their shag on at Hackney Downs station.

The University of East London student confessed his crime to police but added that it was out of character because he had consumed substantial amounts of rum and had ‘been drinking all day and night’.

British Transport Police have issued an appeal to identify and locate the red-headed lass but so far have had no luck.

Footage of the public pump has since gone viral and images have been shared by thousands of Twitter users and uploaded to YouTube on numerous occasions (although it keeps being taken down). 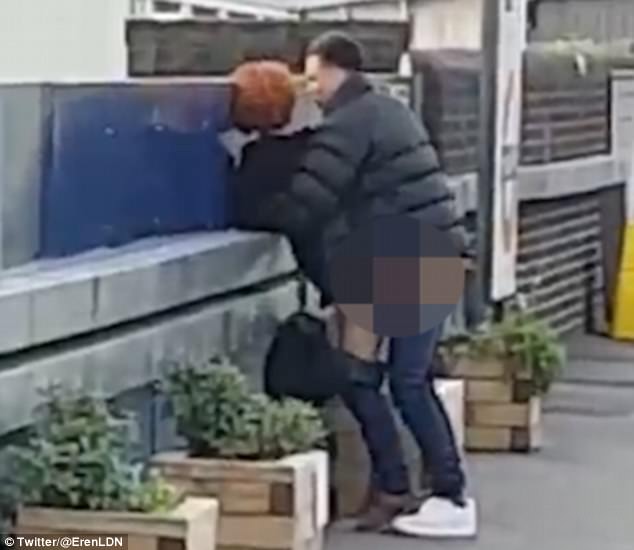 To be fair, That is pretty fu*ken brazen…

When reading this, part of me thought ‘what’s the big deal?’ but then I read the bit where the prosecuting attorney, Zara Khan, said: “It was daylight and it was during the school holidays and on a route that takes you to Stansted Airport.”

In response, the defence attorney, Davis Jones, said: “He has obviously pleaded guilty from the outset and I would ask you to credit him. He gave a full account to the police and an explanation. What he says today is that he is mortified and ashamed. He does not seek to hide behind the fact that he was drunk but he simply seeks to use it as an explanation.”

In addition to that, Mr Jones said that old mate Dom had been working 50-hour weeks on top of his university education and wanted to unwind over the bank holiday weekend (the British version of a ‘long weekend’). He had met the girl in a nearby pub and again ‘bumped’ into her (lol) at the train station. 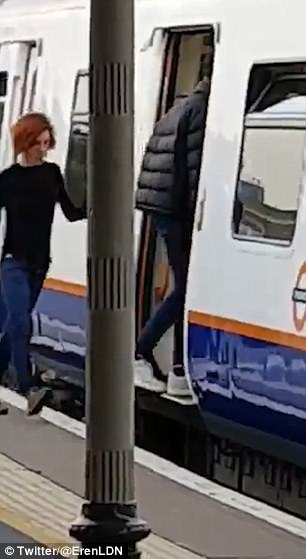 Afterwards, they hopped on the train like their genitals had merely been chatting together

Bloody Dommo only discovered he was internet-famous when his mum and friends told him about the video that had been shared thousands of times online. Good onya Mum. Keeping a lookout on the web. 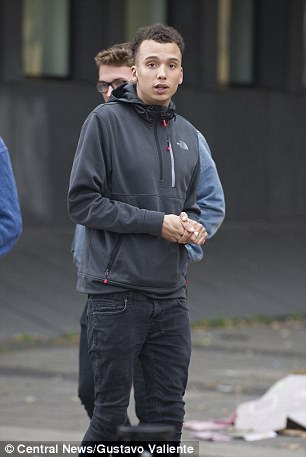 ‘I dunno if you know this but I’m pretty famous. Online.’

In judgement, magistrate Linda Logan said: “We are going to give you a community order and an alcohol abstinence programme of 60 days. That tag will be fitted with a piece of equipment but it can detect whether you have had any alcohol to drink. You cannot drink alcohol for 60 days. If the tag goes off that will get reported back to the court and you may receive a different type of sentence.”

He was also ordered to pay £85 court costs and a victim surcharge of £85.

The video has been taken down by YouTube on numerous occasions and blurred by any self-respecting publication…but we here at Ozzy Man we have a very low level of self-respect, so we’ve found a copy of the original for ya…

Watch before the fun police delete this one, too! Brace yourself… You can go check it out HERE (Age-Restricted):

The commentary provided by the bloke filming was actually pretty solid I reckon.