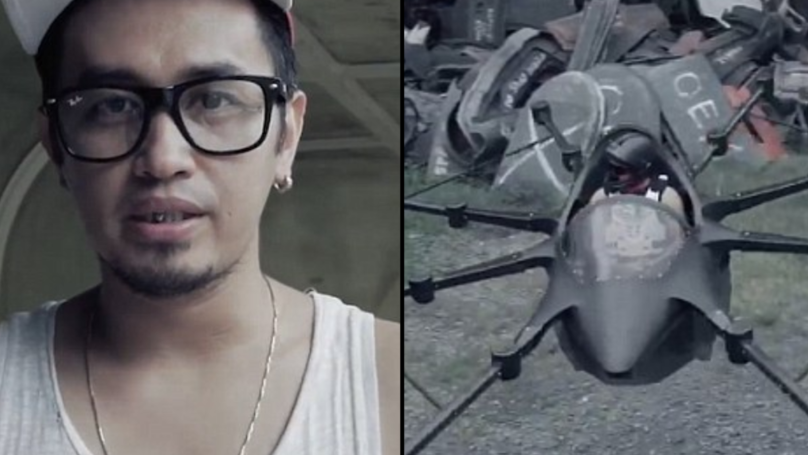 Traffic is a f**ken son of a bitch. You’d be hard pressed to find a feeling more disappointing than the one that sinks to your gut after you turn onto the highway and realise you’re now sitting in traffic. Of course, a stop-start highway is one thing, but how about a bloody busy road that’s loaded to the balls with traffic lights. Congestion’s bad enough on its own, but when you throw in the likelihood of hitting every bloody red light on the road, you can be forgiven for wanting a better alternative.

That’s where Kyzx Mendoza comes in. This bloody legend is just like you. He thinks traffic sucks a fat one too. Unlike you though, Mendoza isn’t content to just moan about it. Yeah, nah, he’s way more proactive than you. 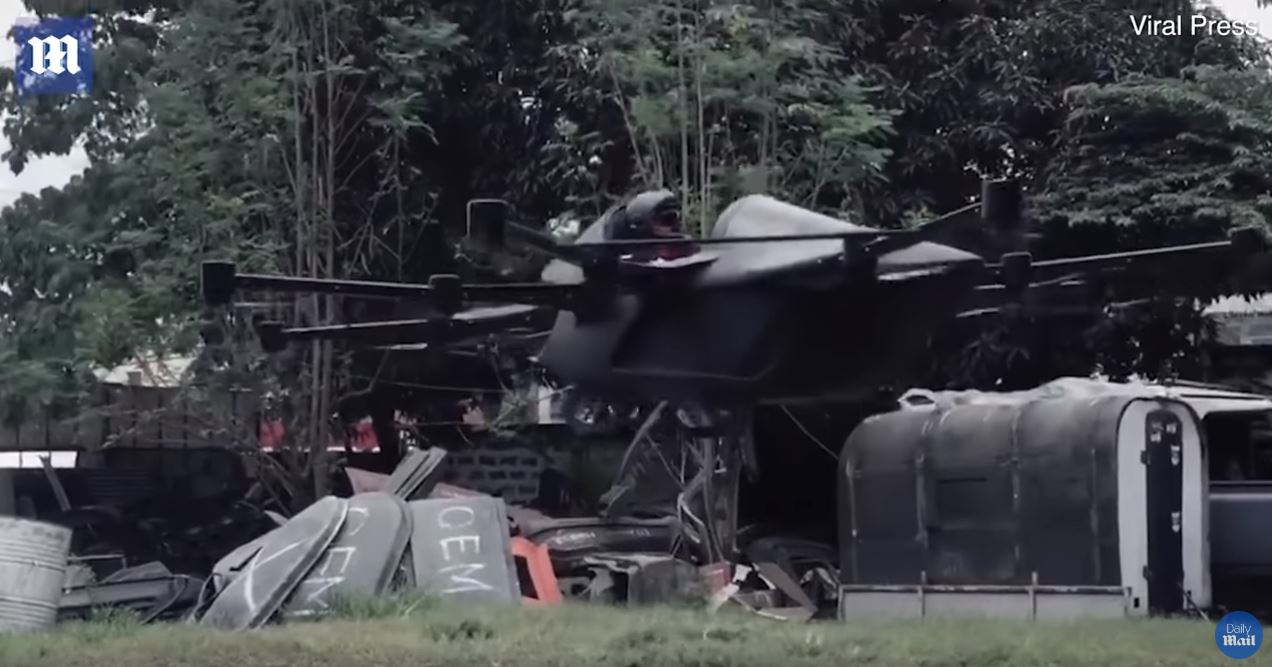 Deadset, he’s gone and built himself a flying drone car. This f**ken mechanical prodigy has taken the design of your everyday drone and upsized the sh*t out of it. He made it big enough to sit in, and in a move that must have taken some balls, he’s actually flown in it. 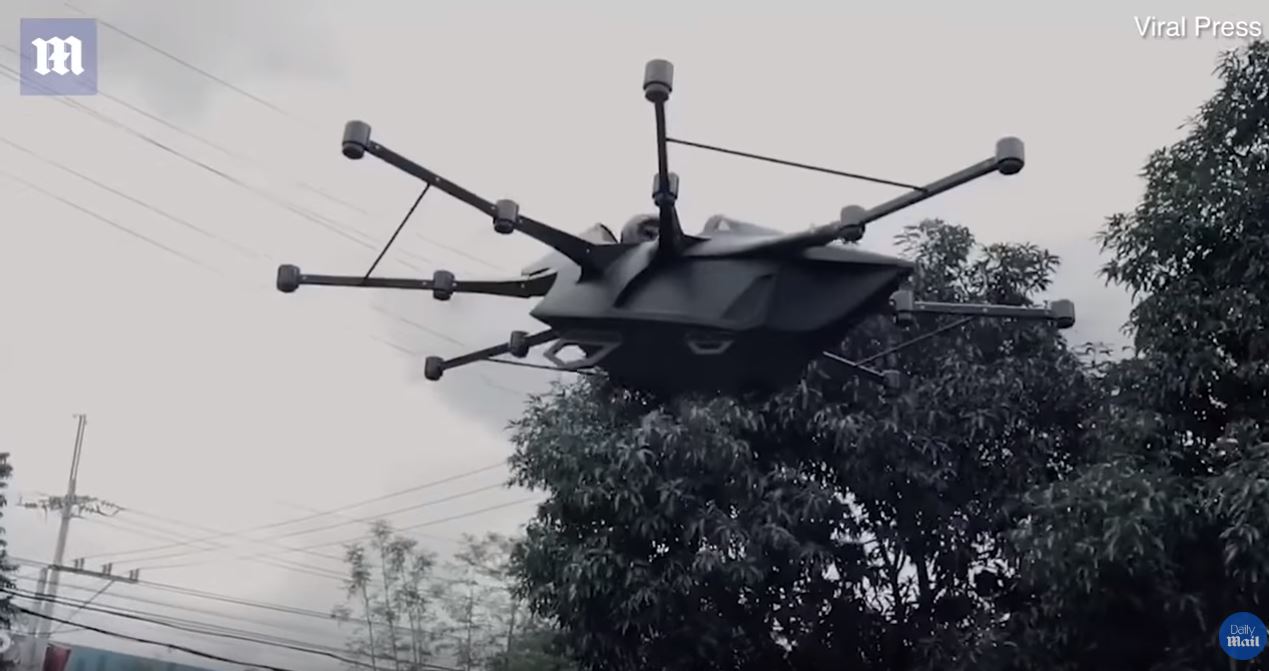 Not bad for a backyard mechanic. Built from a metal frame and a carbon-fibre outer shell, the legendary machine is capable of flying for about fifteen minutes at a height of twenty-five feet after just two and a half hours of charging.

Originally, Kyzx designed a hoverboard that could actually lift its user off the ground – and didn’t include any wheels – but he soon moved on to the bigger and better drone-car. 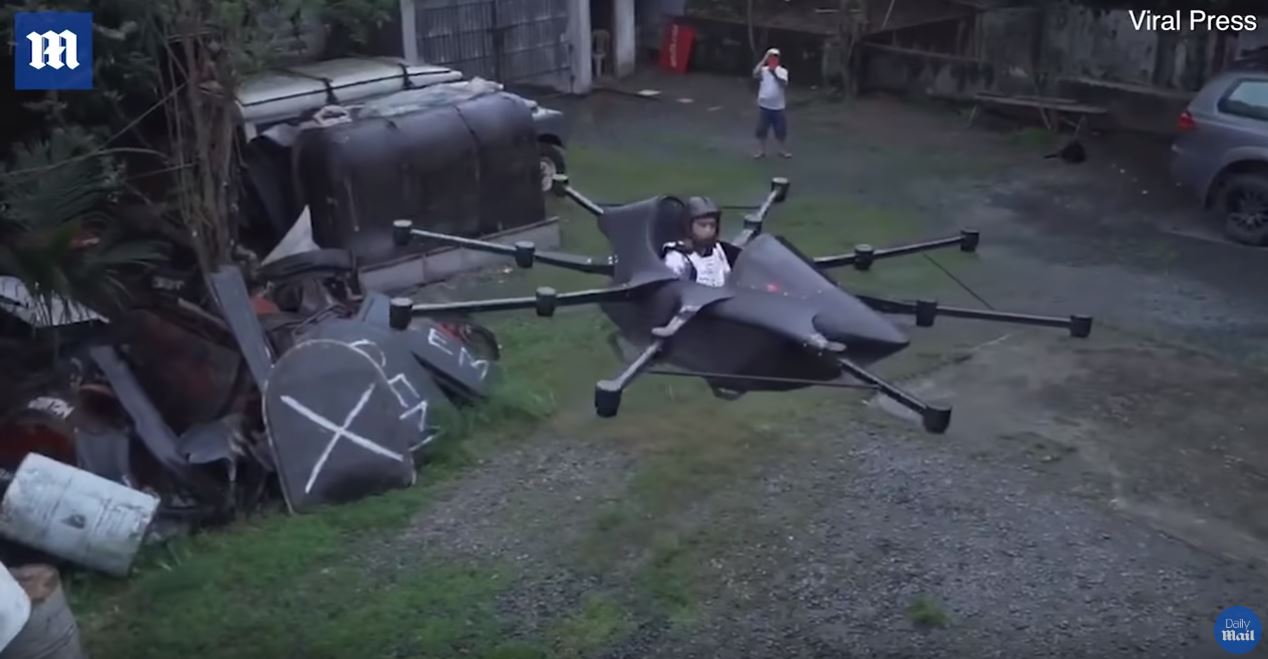 Providing he lives nice and close to work, the prick will be soaring above traffic jams, congestion and road-rage in his personally designed drone car.

On top of that, Kyzx is looking for bidders and investors to help bring the drone car, which he calls an ultralight aircraft to the market. 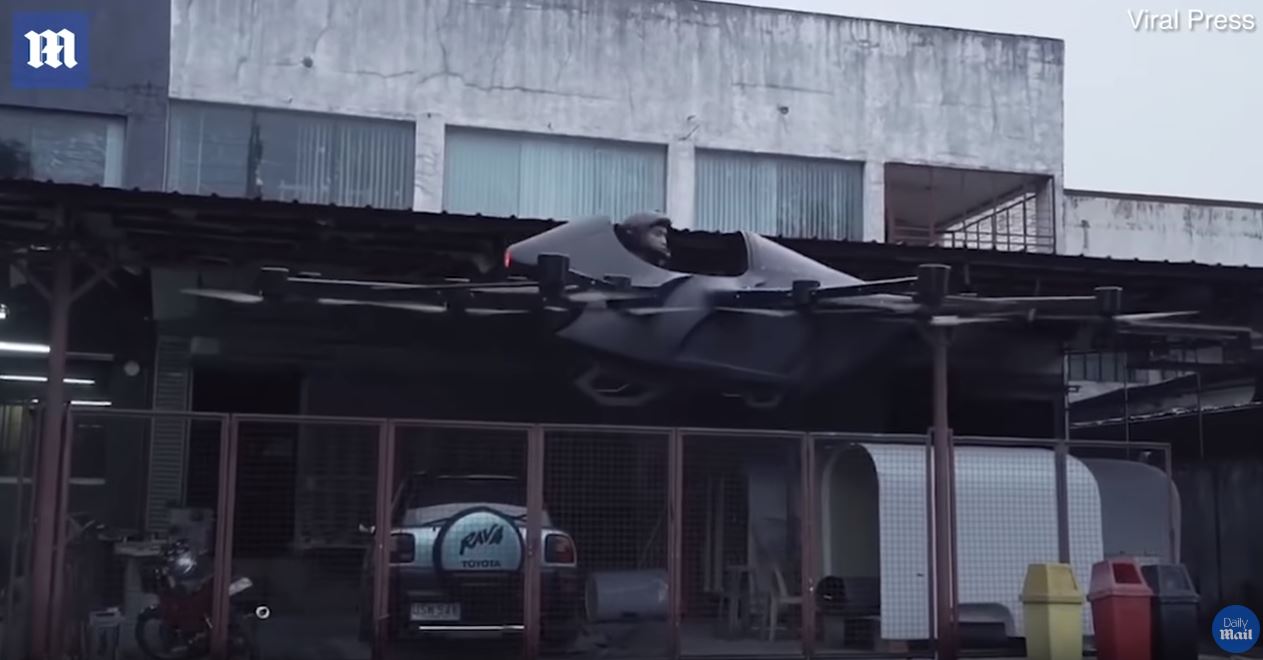 Final thought: Well, roads like the ones in The Fifth Element are clearly just around the corner. We’ll all be flying around in these things in no time. What a bloody top bloke Mendoza is for inventing these for us.