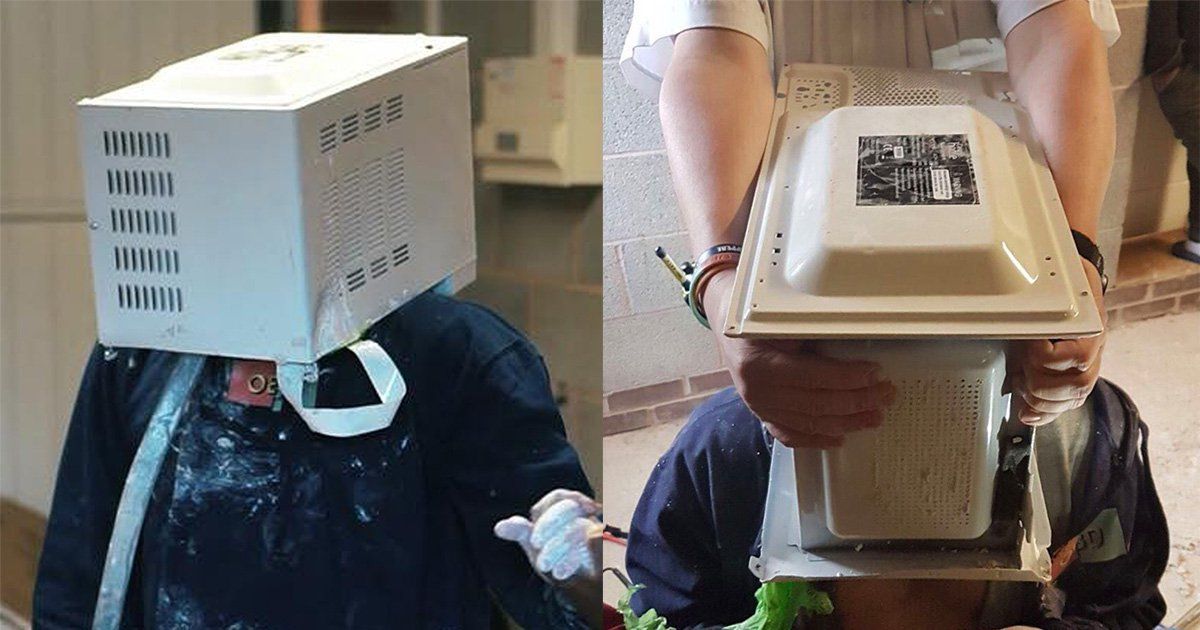 You may have seen a recent viral video where a pommy bloke accidentally cements his head into a microwave and has to be rescued by emergency services.  Apparently, people are now expecting him to apologise for what they’ve deemed an unnecessary callout that could have led to the deaths of people who ‘actually needed’ help.

Now, hang on a f*****g minute and correct me if I’m wrong, but regardless of how silly the stunt that got him into trouble was, I’m pretty sure he was in deep sh** if he didn’t get help.

With his head encased in a plastic bag and then cemented in, he could probably have kicked the bucket and ended up as a particularly hilarious Stupid Deaths feature on Horrible Histories without help.

You’ve got to love the internet. 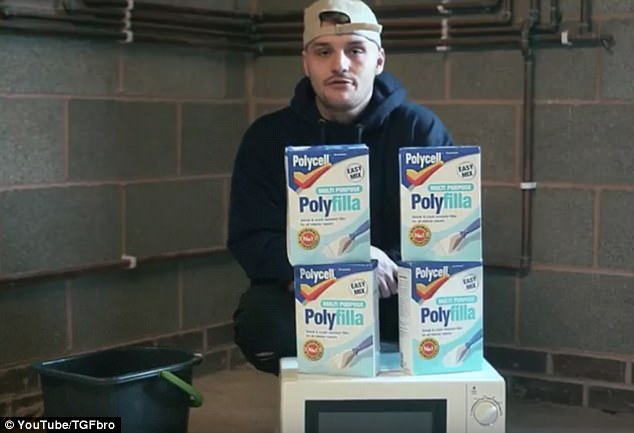 This can only end well. Credit: YouTube/TGFbro

Back in the day, the only outlet for people willing to risk their lives in the name of comedy and the general mirth of audiences everywhere was Jackass.  Now that we have a little thing called YouTube, Jay Swingler is just one of many in this line of work.

Anyway, BBC news got wind of the story.  As you can imagine, they took him to task.  Hilariously, he seems to not give two f***s about how they’re judging and questioning his ways. No worries, mate.

Take this exchange between the journo and Swingler for example:

Journo: Some people watching will think ‘hang on, he’s a complete idiot.’ It IS funny though. Credit: YouTube/TGFbro

Even Corey bloody Worthington used it as an excuse to put on a ‘rebel’ act.  Swingler is just playing it for laughs.  When the journo asks him what he’d say to those people he responds with, “Check out my videos.  There’s some funny stuff on there.  And they’re all monetised.”  Apart from the fact he could have killed himself, the bloke knows that his YouTube channel is about to get a lot more hits. 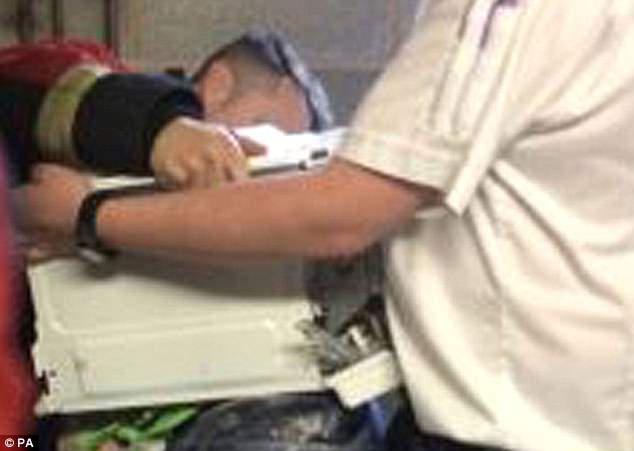 Not everyone is as happy as he is though.  Some people are up in arms that he’s not been hit with a fee for involving the emergency services.  When he was asked whether he had wasted their time, he responded with, “I don’t care.  What about people who drink and drive?  What about people who start fights on the street of the night?  Is that not wasting police time as well?  And in fact I wasn’t wasting their time, they saved my life.”

Anyway, watch the video below and hit up Facebook with your thoughts on whether he should apologise or be made to pay for the call-out. If you’re like Jay and give zero f***s about all this too. No worries, mate!