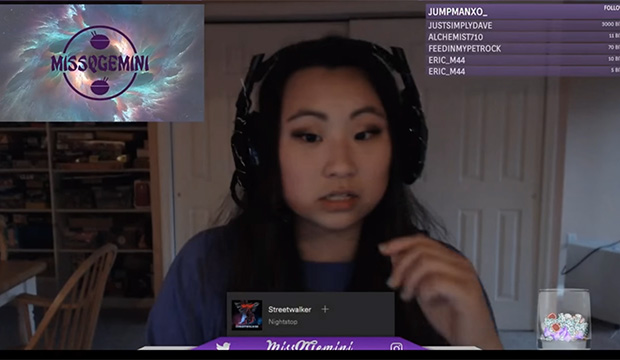 This isn’t the first time someone has been banned from Twitch after doing something stupid live on stream. From LegendaryLea who was temp banned after accidentally flashing the audience repeatedly whilst wearing slightly too short shorts, to ZilianOP who revealed to his audience that his disability was a complete scam after standing up from his wheelchair when he thought his overlay was blocking his camera. In recent days, MissQGemini has monumentally screwed up. Whilst streaming live to Twitch, it seems almost second nature for her to open up her cheat engine and adjust settings, live on air.

Her “Spectating me” list is plainly visible on screen, as are her wall hacks, which she seems to be oblivious to until the start of another round, when she decides abandon the match. I’m sure the “someone else was using my PC” excuse has been heard by Valve’s support representatives about a million times before. It’s usually the ‘little brother’ excuse but there’s many variations, and we can add “my friend who was over earlier today” to that.

However, it’s pretty clear to see that she knew full well these hacks were installed, possibly forgetting that she was streaming at the time she used them? I don’t know how anyone can be this stupid.

Since her screw up went viral, both her Twitch and Steam accounts have been banned. Valve and Steam don’t take lightly to cheating and if you’re caught doing it live on a stream you’re definitely screwed.

It’s not just the Twitch streamer scene that regularly attracts bans, with the pro-scene also attracting its fair share of bans. ESL recently changed its rules allowing people with a ban older than 2 years to compete in its tournaments, much to the dislike of many pro players.

Intel Extreme Masters, which was in Sydney last month, falls under the ESL ruling as well, meaning the punishment for cheating in practically all major CS:GO tournaments is just 2 years. “I’m gonna get a VAC ban” is possibly the only truthful thing she said in the entire video.” MissQGemini has since transferred her skins to another Steam account and started a new Twitch account.