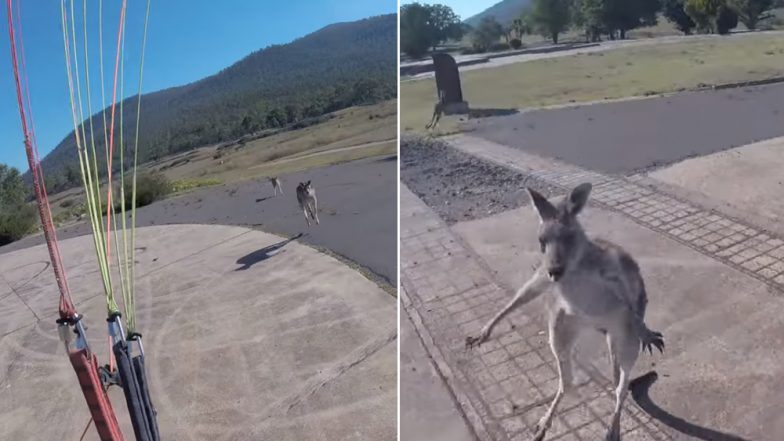 Paraglider gets into biff with kangaroo during landing, because ‘STRAYA

It only takes a rudimentary knowledge of wildlife, geography and near-death experiences to know that Australia is famed for possessing wildlife that’ll f**k you up. To be honest, we’re not really sure how we came to possess that reputation when other countries have lions, tigers, bears and f**ken hippopotami, but we do have some deadly critters. Now, juxtapose that s**t with extreme sports, because if there’s one way to make your thrill-seeking even more exciting, you should do it in some place that has some feisty fauna. With that in mind, check out this kangaroo picking a fight a paraglider.

Paragliding must be a bloody exhilarating pastime. You’ve got the views, the wind in your face, the rush that comes with the inherent risk and all the other little endorphin-pumpers that make it what it is. In fact, the only thing that could make it any better would be landing to a welcome-parade of kangaroos. Imagine how Ace Ventura would land and you’ll know what we’re talking about. 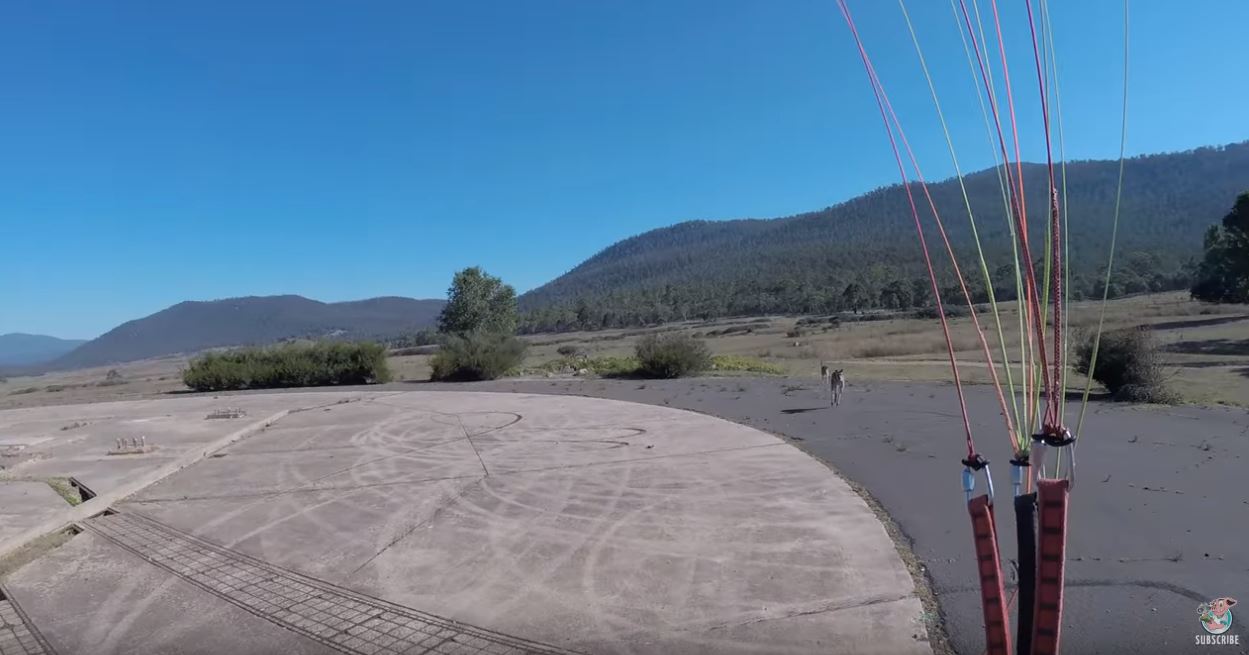 Well, Jonathon Bishop came within a box-hair of living that dream. As he came in for landing on what looked like a bloody serene experience, a bunch of kangaroos made their way across to him. Like the bloody legend he obviously is, Bishop was like, “What’s up, Skip?” 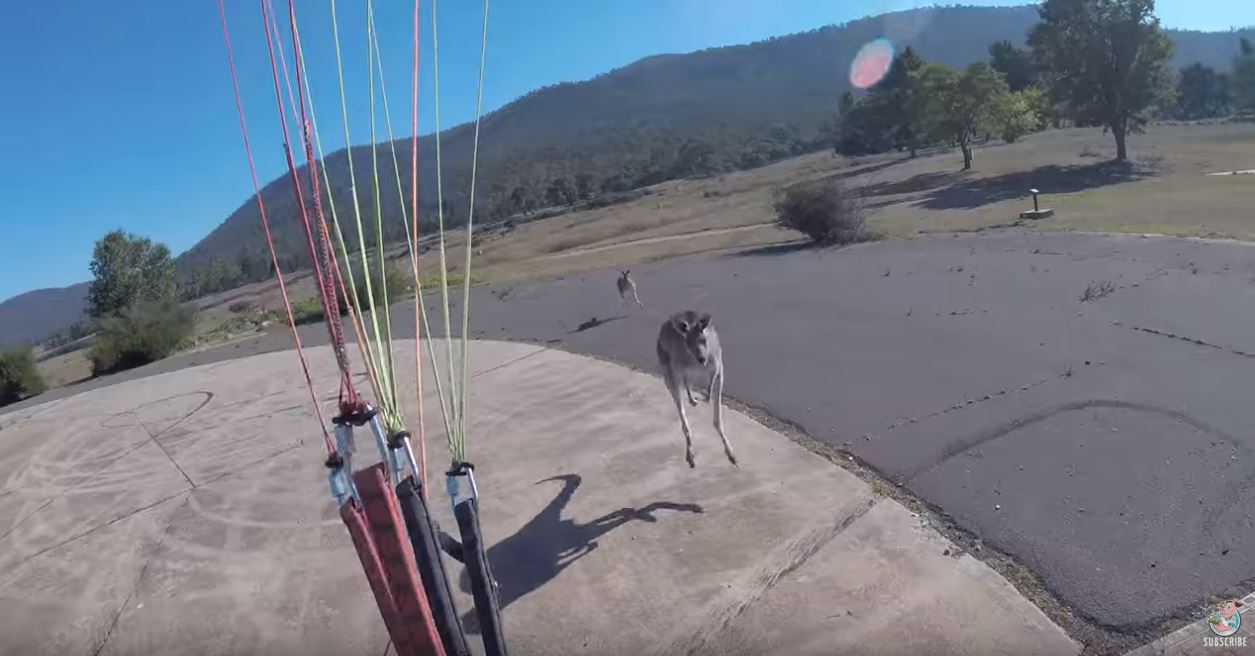 Skip, though, he was like, “I’ll f**ken show you what’s up, ya fancy-pants paragliding f**k. It’s a karate chop! That’s right, ya f**ken drongo. Suck on this f**ken Jackie Chan move.” Deadset, the kangaroo fancied a fracas! It was like, “I’m bringing back the biff, ya f**ken dropkick.”

Bishop was bloody mortified. Shitting broken glass, he tried to avoid the toey little bugger’s aggressions. Fair dinkum, have a go at his verbal response, “Hey f**k off, ahh f**k off! Go away!” he yells. From there, Skip just f**ks off. He’s like, yeah, nah, this bloke’s not worth the hassle. Either that or he realised that Jonathon could have done the most Australian thing possible and barbecued his national f**ken emblem. That would have taught the little s**t.

Seriously, though, good on Bishop for not punching the little prick. 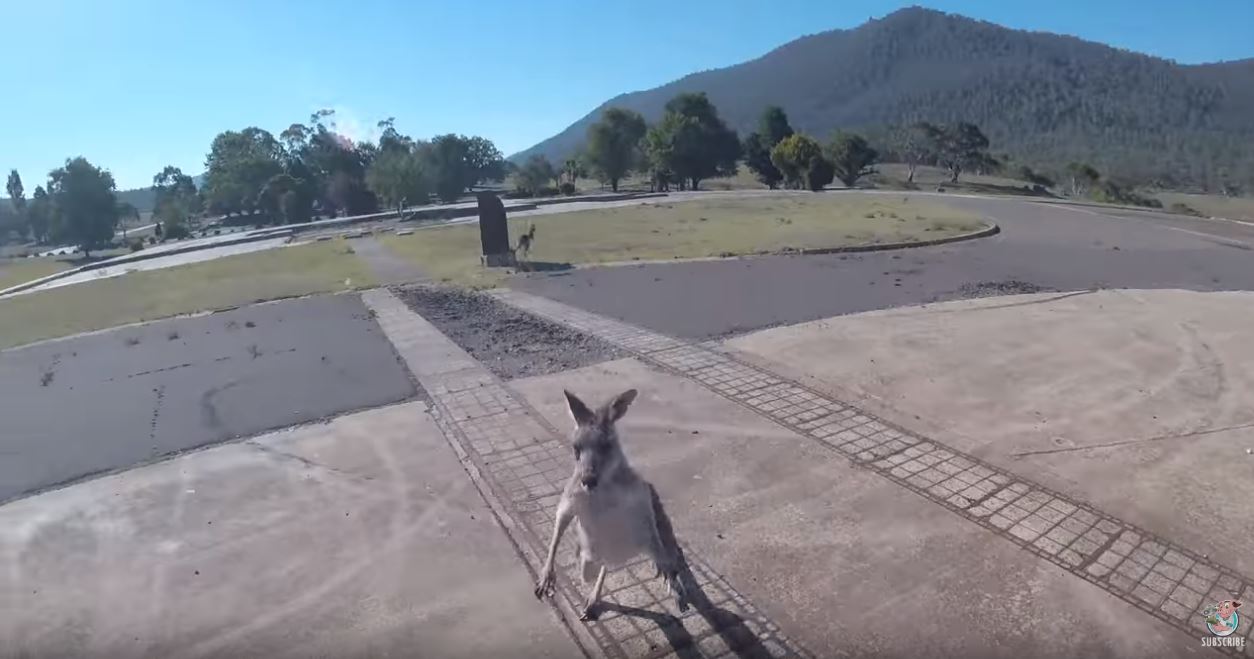 Final thought: You’ve gotta bloody love it. The cranky marsupial comes at him like a bloody spear. It is keen to f**ken fight. Thankfully, Bishop wasn’t put in too much danger, because it didn’t stick around for the fisticuffs. This one was more of a hit-n-run than a fight, but it’s still bloody gold.

Rats have learnt how to drive cars to get Froot Loops

Rats! We know for a fact that there are more than a few of you out there in the comments section who reckon rats are bloody grouse. You’ll have loads of ‘em as pets and you’ll hug ‘em and pet ‘em and treat ‘em like th...

Legend of a pit bull saves baby from house-fire, carries her by nappy

Of all the awesome doggos that cop an unfair flogging in the media, you have to say that bloody pit bulls are right up there. Depending on whom you ask, these canines are responsible for everything from the disappeara...