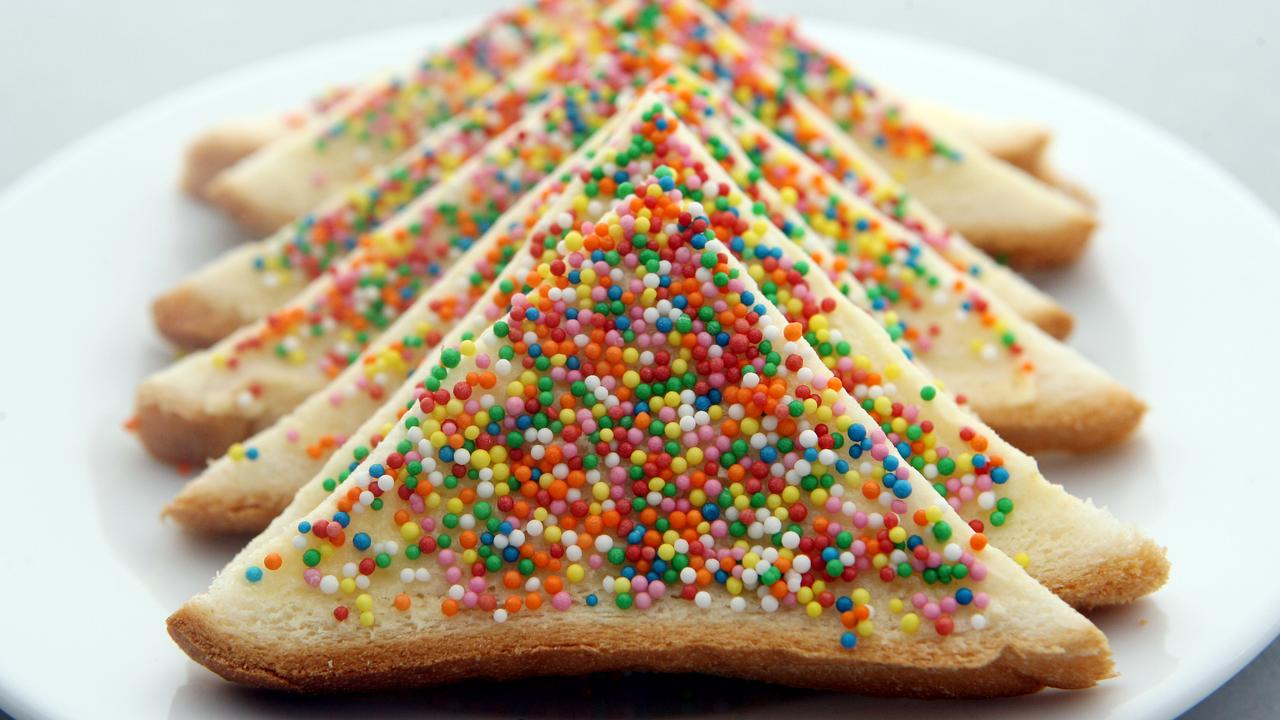 All right, while we’re not really the angry sort here at Ozzy Man Reviews, we do occasionally find ourselves backed into a corner. Yeah, nah, sometimes people take umbrage with things we know and love, and when that happens, we’ve gotta come out and give it the big ol’ yeah, nah, nah-nah-nah-nah-na. This is one of those instances. We’ve just found out that people who obviously aren’t from around here are having a crack at f**ken fairy bread, and we’re fair dinkum disgruntled.

So with that said, we’re gonna stand our ground and say that it’s not us who’s wrong here, people of Twitter. Nah, deadset, you’ve only seen pictures, you’ve only made assumptions, you’ve only posted your thoughts to stir the bloody pot, and now, we’re making like Uncle Roger and putting the foot down. Fairy bread is legit the f**ken tits, all right. End of discussion.

So I just found out australians eat this thing called fairy bread? It’s literally a piece of bread with butter & rainbow sprinkles… no comment pic.twitter.com/1voBYyRZyE

I know Brits eat like sugar sandwiches, but I just found out Australians eat bread that just has rainbow sprinkles on it AND THEY SERVE THIS AT KIDS BIRTHDAY PARTIES? does that taste… good??

Of course, bloody fair bread isn’t the only food that’s copped a spray online. Yeah, nah, people are also complaining that we call crawfish f**ken yabbies. Well, excuse us, but you don’t get to take the high ground there. They’re crustaceans, not fish, so maybe you need to read up on that.

And then there’s the cheeky f**ker who decided to s**t on the Aussie meat pie. Mate, that is like a religion here, and if you’re gonna disrespect the Mrs Mac’s Steak and Cheese classic, that’s almost fighting talk. Deadset, come and we’ll shout you one. We guarantee you’ll bloody love it!

💥just found out australians eat pies that are just meat??? like its just a pie, filled with meat?? and they get them at gas stations??? what the fuck???

so i just found out australians call these zooper doopers and im ?? pic.twitter.com/hvRD4f5FjG

I just found out Australians call crawfish ‘yabby’ and… what the fuck are y’all doing down there???

Admittedly, in our reading, we did see people praising potato gems, saying it’s a way better name than tater tots, and someone needs to shout whoever said that a mid-strength beer. Those little bewdies are f**ken gems. Chuck some gravy on that and you’ve got yourself a five-star meal. Deadset.

I just found out Australians call Barbecues "sausage sizzles" and I'd like to move there now.

But, we’ve gotta come back to some other things we’ve seen. People are apparently f**ken grumpy that we put beetroot on our burgers, and mate, if you’re gonna knock it, you’d better bloody believe that beetroot and a fried egg on a beef-burger is a gift from the bloody gods.

I just found out Australians put beets on their hamburgers and I have just one question: WHAT THE HELL IS WRONG WITH YOU PEOPLE DOWN THERE?

Finally, though, someone else is complaining that we use the phrase ‘roast chook’ when we’re getting rotisserie chicken. Mate, that’s like Australian 101 right there.

Just found out Australians call sandwiches 'sangas' and any remaining desire to visit has disappeared, just like that

Deadset. Grab yourself a roast chook, some crusty bread rolls and a serve of chips and you are eating the f**ken good stuff.

Final thought: Despite all this, what we really reckon is that if you’re gonna knock any of this s**t, you should try it. Here in Ozzyland, we’ve got some pretty good grub. Yeah, nah, we serve some fair dinkum tasty s**t here. Get it into ya!

These bloody videos of tradies and builders smashing s**t up after the customer ‘refuses’ to pay seem to be pretty bloody popular at the moment, and that’s why we’re not surprised we’ve got another one for you here. A...

Some f@*#en gems found on Quora

As you probably know, the closing of Yahoo! Answers was a bit of a sad one for big fans of dumb questions. Fortunately, Quora is still carrying the flaming torch of stupidity into the future with its insistence on let...