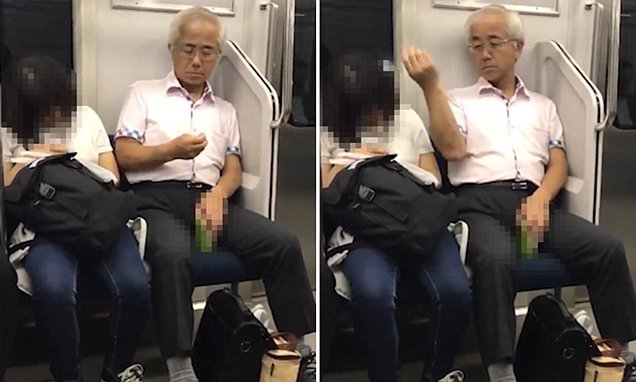 Ah, the good old ‘rake’. Doesn’t that bring back memories of high school days and filthy little grots plucking a few loose pubes and sprinkling them on unsuspecting victims? Thankfully, grown-ups don’t have to worry about that sort of sh** happening to them. No adult could be that messed up. Unless of course you’re on this unnamed train, foolishly sleeping to pass the time and the grubby old prick from the video below happens to sit next to you. Trust me, that is something you don’t want happening.

As the video shows, he’s quite openly fishing around inside his pants, not worried in the slightest about the consequences of anyone seeing him and I’m thinking he’s having a bloody pull on public transport. 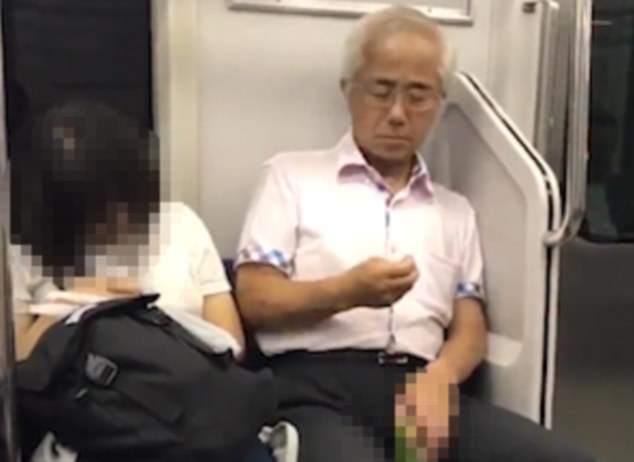 Then his hand emerges. Wait a minute, what’s he found there. Just look at him inspect it. What’s he thinking? Hmm, a grey one; Do I keep it? Nah, better get rid of it before I get home to the wife and she calls me old grey-balls again. But what am I going to do with it?

And then he just casually flicks it on sleeping beauty beside him. It’s completely nonchalant too the dirty b*****d. And look at the way he just makes out like he’s combing his hair with his fingers. Talk about a hairy train-ride.

Emboldened by his success and the deluded notion that he’s gotten away with it scot-free he goes back for round two. This time he gives the pube in question a closer inspection – and is it just me or does he look like he considers eating it or perhaps using it as a piece of dental floss? Of course, we know where it’s going: straight on sleeping beauty who is totally none the wiser about her gross experience on pube-lic transport. He even sprinkles it like a chef sprinkles salt.

You know what worries me most though? Someone has filmed the filthy wanker plucking his pubic hair and sprinkling it on someone, but instead of calling him on it they just film it and whack it online. Sure, he’s now viral as well as disgusting, but wouldn’t you want to know? 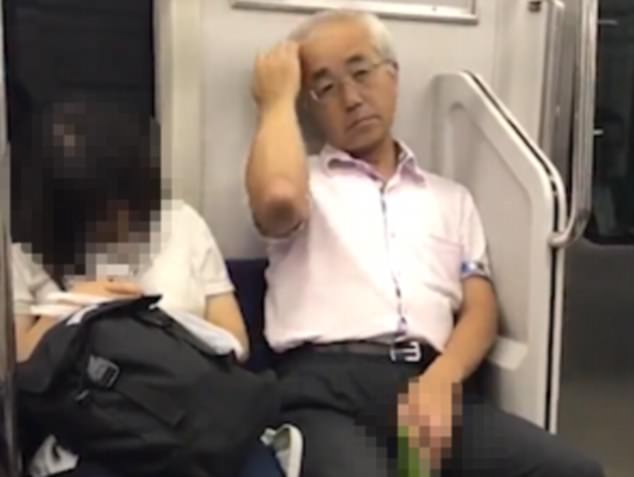 Anyway, this bloke is obviously a f***-knuckle and should be nominated as such.

As much as we like to think that life is all fun, games, YouTube videos and d**k jokes, we just have to face reality and understand that some people are doing it tough. Deadset, we all have our hard moments, but for s...

Legend bloke beats scammer at their own game

It’s really quite difficult to narrow down what exactly my favourite things on the internet are, but one thing that’ll always rank high on the list is seeing a scammer copping sh*t from someone they’ve tried to scam. ...

Living in a world where you could be on camera at pretty much any given time has its ups and downs. For an up, just consider you’re caught in some sort of accident or implicated in some sort of crime, but the CCTV foo...

Bloke blends up an iPhone and drinks it

Righto blokes and blokettes. How the bloody hell are ya? Hopefully you’re not in too much shock after reading that headline, but yeah, this video certainly puts some mileage on the theory that just because you can, do...