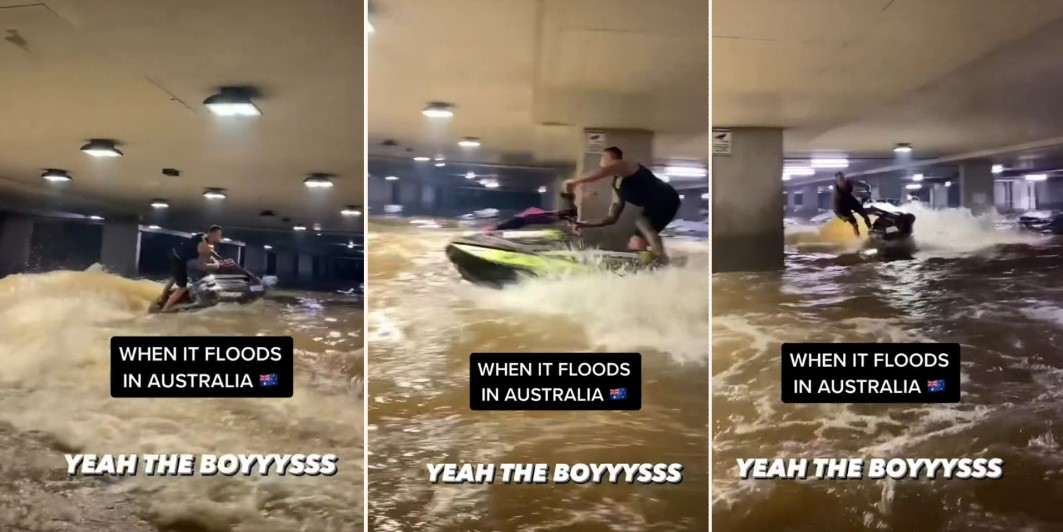 By now, you’ve probably heard of the floods sweeping across the east coast of Australia, even if it is only on account of the various posts we’ve shared. Obviously, the whole thing’s been a massive s**t sandwich for everyone involved, but some people have used the whole thing to try and gain more social media followers and likes. When they have, some have been quick to remind them exactly how much s**t is in that s**t sandwich. Take the jet skiing bloke for example…

Yeah, we dunno if you’ve seen this, but one young bloke decided to take his jet ski out on the water and film himself hooning around a flooded Brissie car park. On the face of it, it’s a pretty harmless activity, but once you start burrowing down, you can understand why some social media users told old mate to pull his head in. 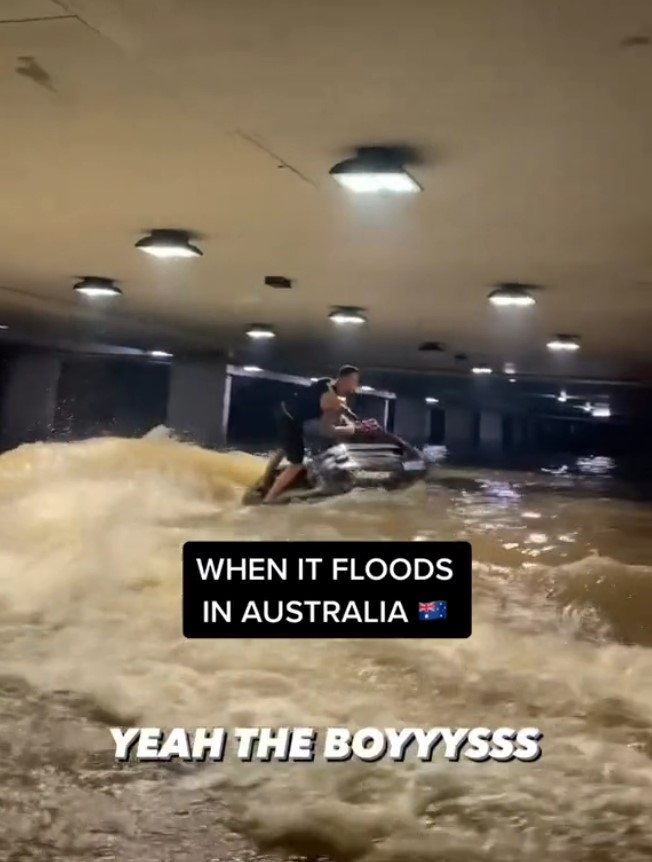 Firstly, as we discussed in the Mitch Robinson post a couple of days ago, floodwaters are pretty famous for their s**t-brown colour coming from actual s**t, and the Brissie floods are no different.  Commenters shared thoughts like, “Ew. So many sewer lines have been broken. [Congrats] on their new infections, I guess,” and, “That basement water would have years of dog, rat and cat sh*t mixed with dirt, grime and ass juice. No matter how much you dilute it, it’s still a germ soup.” 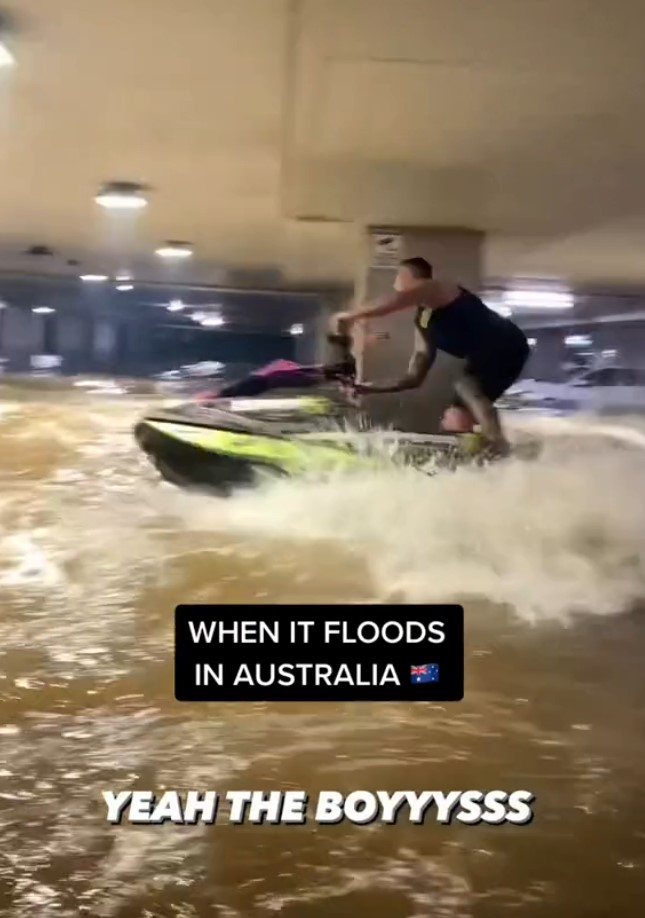 And then there were others who pointed out that old mate was a bit of a selfish bugger. And these guys have a point. Floods in Brissie often result in people doing what they can to help each other clean up the mess, get vulnerable people away from the water, and otherwise be ready to lend a helping hand. 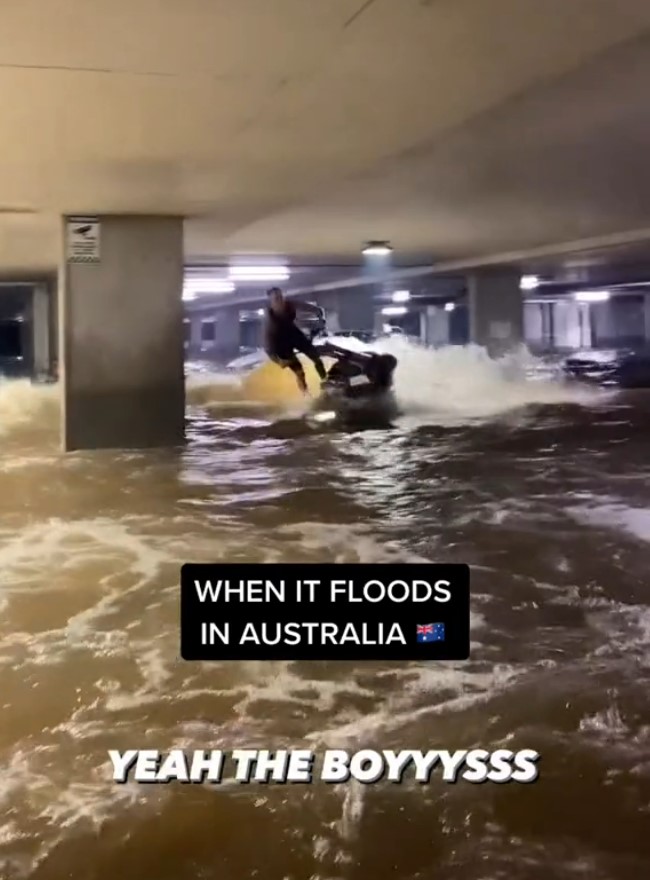 “Help rescue people on my wave runner Vs TikTok video of me being selfish? Decisions, decisions,” commented one viewer. Others pointed out this was exactly the kind of behaviour that got people in even bigger trouble. “And some poor SES or ambulance crew would have to ‘rescue’ him if he got hurt,” one person said.

No matter how you saw it, people weren’t happy, and maybe that’s understandable. Still, the video does highlight how bad the floods are. Give it a squiz down below.

Final thought: Once you’ve watched it and had time to mull it over, let us know whether it’s harmless fun or whether old mate’s a bit of a pork chop. See you in the comments section.