With the ubiquity of home cameras and surveillance technology, one industry that seems to be having a bit of a hard time is that of the delivery driver. Yeah, nah, according to a lot of what we see on the internet, more than a few of these guys almost seem to be trying to do the worst job possible. And herein lies the irony: these guys are more in-demand than ever, so you’d think the companies employing them would be telling ‘em not to pull the sort of s**t this bloke does…

Rightio, for this footage, we’re heading to the States. We’re not sure exactly where, but we’ve got a USPS driver tasked with delivering a box of computer components. The recipient, Reddit user quasifandango, was pretty bloody keen for his delivery so he was keeping an eye out. When he saw the dude drop the box shortly after getting out of the van, he started to film. 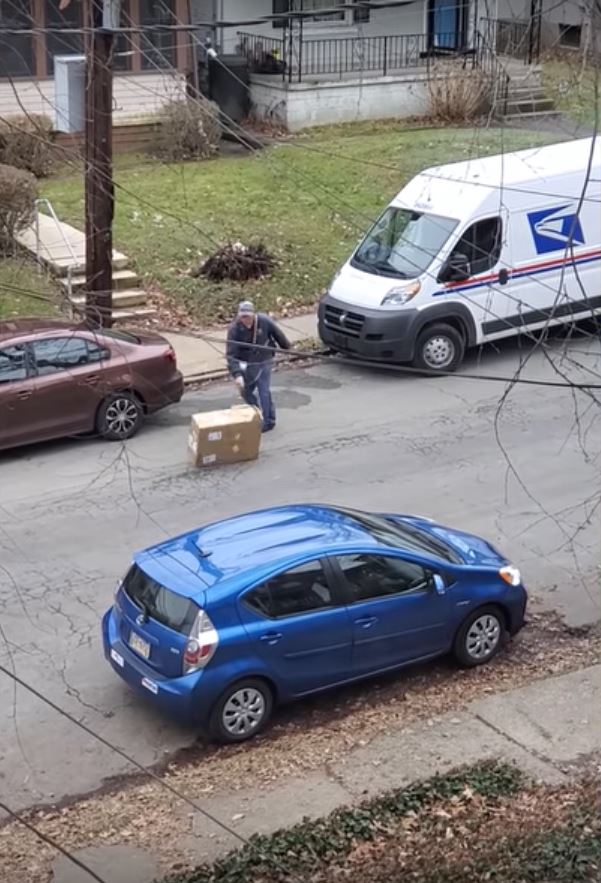 As you’ll see from the footage, the driver does not give a single s**t about the condition of the goods in the package. Yeah, nah, he really doesn’t care. The first thing you’ll notice is he slides and topples that thing onto the road, lets it fall to the ground with a thud, and then kicks it across the street. It’s really not a good look.

When he finally gets it up onto the path outside the house, he drags it through the mud and attempts to bump it up the steps. That’s when he drops it again, nearly eating s**t in the process. In a way, it’s almost a delivery of instant karma, but he’s still not done. 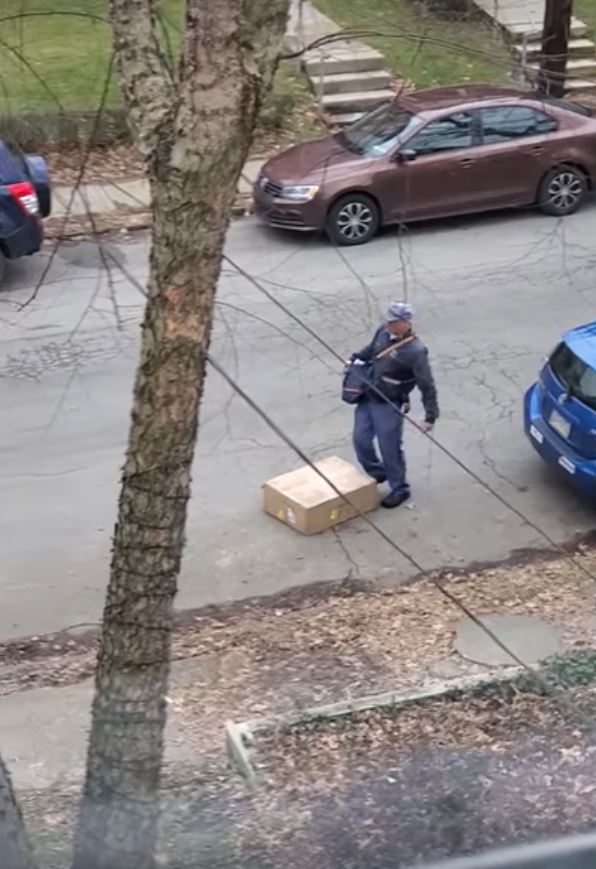 He gets it up the steps and literally throws it onto the patio. As we said before, it’s really not a good look, and as others in the Reddit thread commented, he must be trying to get the sack.

Inexplicably, though, it’s not the first time he’s treated deliveries like s**t. As quasifandango points out, he’s spoken to him before: 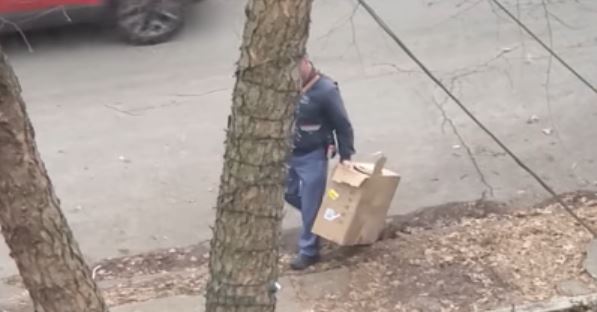 “I’ve actually posted something on this sub before asking for advice on how to deal with this guy and got some great responses. I’ve already used all proper channels, talked to him in real life, and my neighbors have spoken to him directly and also filed formal complains where we were all told they would talk to him about the situations. He knows what he’s doing, he knows he’s being filmed from the front yard cameras. Many people in this neighborhood have them because of a string of car break-ins on this street in the past. I’m not going to confront him again, it’s like putting a kid in time-out for the same misbehavior over and over again. It’s obviously not getting through. I’m not going to “avoid more damage” after he already dropped it. I’d rather just avoid the guy and go through the proper channels again, maybe have it escalated this time.” 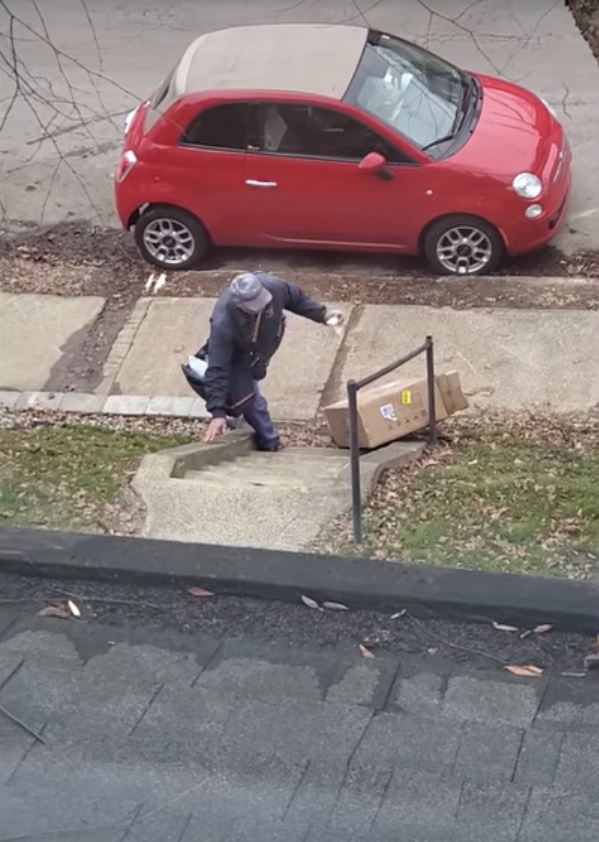 Some in the thread reckon old quasi should stand up to him, but we make him right when he says, “So many people are upset about me not confronting him. Please tell me what outcome you would expect from this. He’s been confronted many times before. I can’t change him. I’d rather be smart about the situation, stay clear and let him do his thing, then take care of it through the proper channels. My immediate involvement won’t unbreak my stuff if it’s already broken.”

We’re not sure whether the products were left in good nick or not, but it’s hardly the point. You’ve gotta think they’ll be firing him before too long. 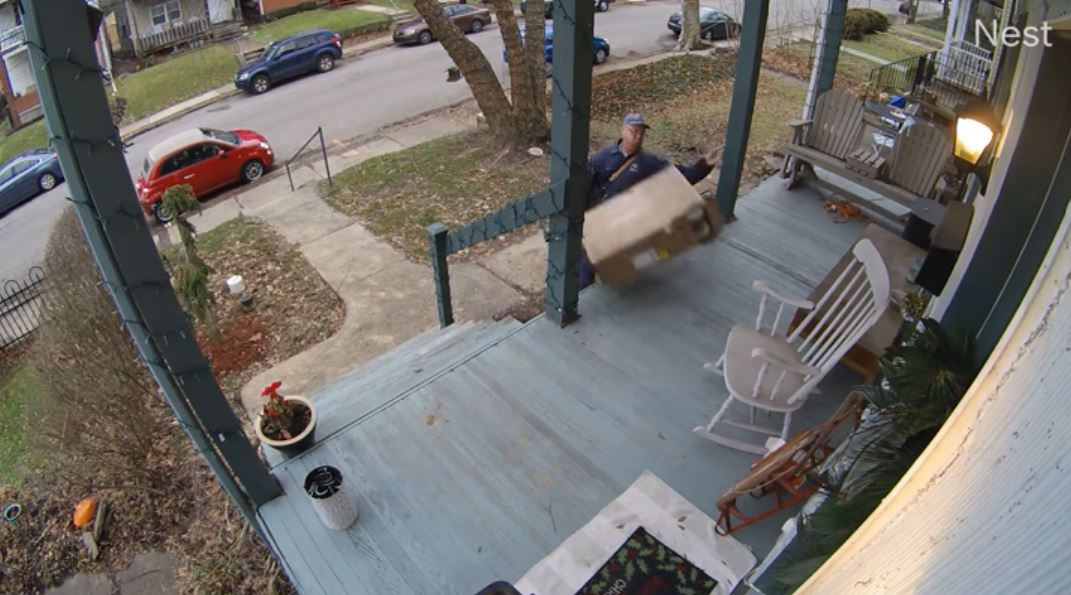 Final thought: We say this all the time, but no matter your job or your attitude towards it, you’re probably going to be caught on camera if you’re doing dumb s**t, so if this is you on the job, you might want to rethink the approach. Flipping it around, though, if this was your stuff, how would you react?