Sure, they might love a whinge, they might be allergic to the sun and they might think that Fosters is actually what we drink here in Straya, but they know how to have fun at the cricket!

We’re pretty familiar with the barmy army over here, but during this test match with the West Indies, the fans are clearly having a blast when security confiscates a beach ball.

The sheer madness that ensues is enough to make you think of you’ve got bats in the belfry. 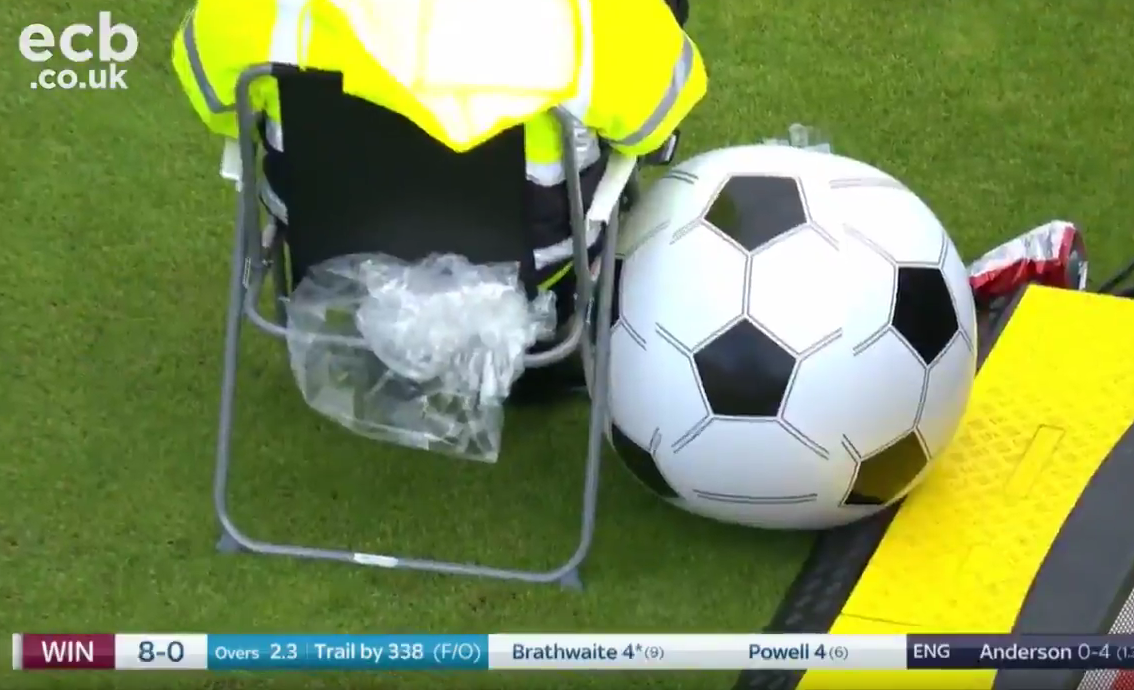 Jesus, several popes, a pig, a king playing guitar, some Mexicans, a tonne of bananas, and about three Hulk Hogans, (among other costumed crusaders) rallied to reclaim the beach ball.

It might sound like the set-up to a particularly convoluted joke, but in a time of chaos and confusion, it’s just bloody mint to see a tonne of geezers swilling beer and doing their best to make sure everyone’s having a bloody good time! 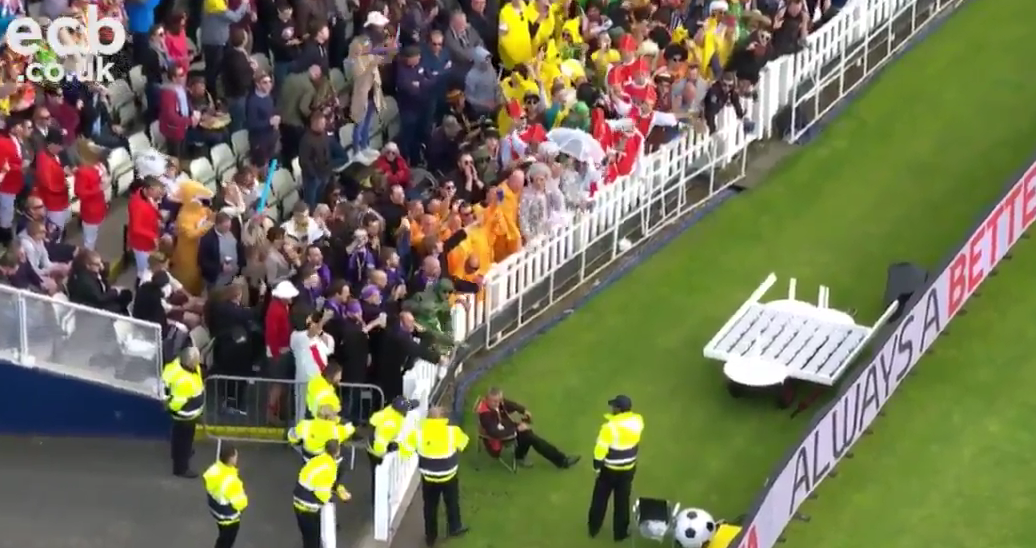 The English team applauded the efforts of the costumed legends and who could blame them? You couldn’t make it up if you tried.

Eventually, the ball is sent sailing back into the colourful crowd.

You know what I like most about this though? It’s such a bloody good lesson in fun and perseverance. Seriously, sometimes you might look like a right banana but if you know you’ve got the crowd on your side and what you want is for the benefit of all, you’ve just got to keep a stiff upper lip and, like the army guy with the bubble-shooting machine gun, stand by your guns.

If what you’re after is truly just, even the security guards will come around and help you out. 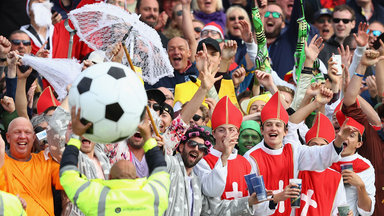 There’s a lot to learn from that. So when you grow up and have little tuckers of your own tell them about this day and encourage them to take it to heart. Say to them, ‘Little Johnny, if the crowd demands its beach ball get drunk, suit up and sing obnoxiously like the costumed crowd at Edgbaston.’

You’ve got to check this out:

Yeah, look, we know that cycling’s good for the environment and all that, but we f**ken love it when road cyclists take a trip to Destination F**ked. When that s**t happens on camera during the world’s biggest cycling...