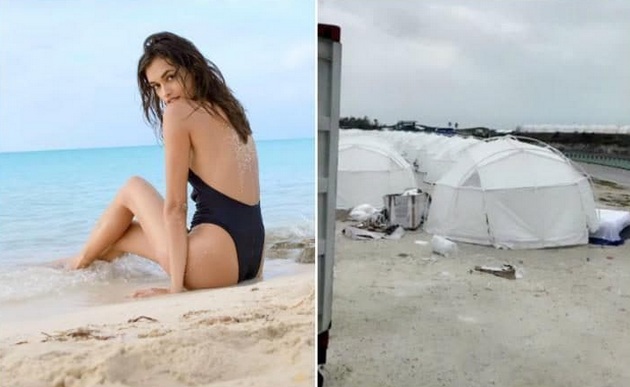 Just when you thought music festivals couldn’t go downhill faster, Fyre Festival just took the cake. Advertised by Instagram models and “influencers”, whatever the heck that means, Fyre Festival was set to be the luxury music festival to end all festivals. Located in the Bahamas, with packages from $1000 to $125000, festival-goers were promised luxury tents with king-size beds, catered gourmet meals and the experience of a lifetime. What they got was far from it.

The dinner that @fyrefestival promised us was catered by Steven Starr is literally bread, cheese, and salad with dressing. #fyrefestival pic.twitter.com/I8d0UlSNbd

I could get better food from a servo at 3am. Also, in one of the greater human rights violations from the weekend, they didn’t have beer.

Fyre Fest doesn't have beer. They "ordered it late" but they assured us it will be here tomorrow. #fyrefestival

The festival is the brainchild of not very successful tech entrepreneur Billy McFarland and Ja Rule, the rapper. The rapper who no one has thought about for fifteen years. Him. The line-up was due to feature Blink 182, Major Lazer and Disclosure, amongst others. Blink 182 pulled out of the festival on Thursday, saying that they wouldn’t be to perform to their normal standards.

After the festival went belly-up, Chloe Gordon, who worked for the festival for four days in early March went public with her experience. She was hired in talent management and promptly realised no one had been paid or was going to be paid. After the organisers told her she’d have to take a pay cut of a third of her salary she got out of there.

The Fyre Festival website has been replaced with just one big apology where they blame the infrastructure not being in place due to circumstances “outside of our control”. Apparently, a convenient storm came through the night before that they could blame things on. I’m not a festival organiser, but I’m pretty sure they had bigger issues than just a bit of wind and a light drenching.

Just for a bit of delightful comparison, check out how they were advertising the festival and then check out some of the tweets from festival-goers:

And then how it really went down:

Stuck at #fyrefestival trying to leave for the last 8 hours. barley any food or water or security or electricity pic.twitter.com/jHPMnJw5gx

A view of the luxury food court with some luxury school bus transportation at Fyre Festival. #fyre #fyrefestival pic.twitter.com/XL3PtRw8q0

Millenials: Nobody can pull off a con like Donald Trump!
Ja Rule: Hold my beer. #fyrefestival

UPDATE: they are having us sign papers for full refunds. They are just pieces of computer paper but I mean…refunds pic.twitter.com/oNa8EIojl1