Pain. Depending on your personality, it might be the kind of thing that’s bloody debilitating. You might be the sort of bloke who gets a splinter in his finger and needs a day off work, and that’s okay. After all, we’re not going to question your manliness because of that. It might be a really, really bad splinter. Other blokes, though, they handle pain in a different way. These are the kinda blokes who are a bit like Arya from Game of Thrones. They feel the onset of pain and they go, “Yeah, not today, bloke. Not today.”

Rugby playing unit, Joe Westerman is one of those blokes. Now, for those of you who have no idea, Westerman plays for Hull FC.

That’s a Rugby League team in the land of Pom. If you know Rugby League players, you’ll know that the phrase ‘boofhead’ is often quite an apt description. 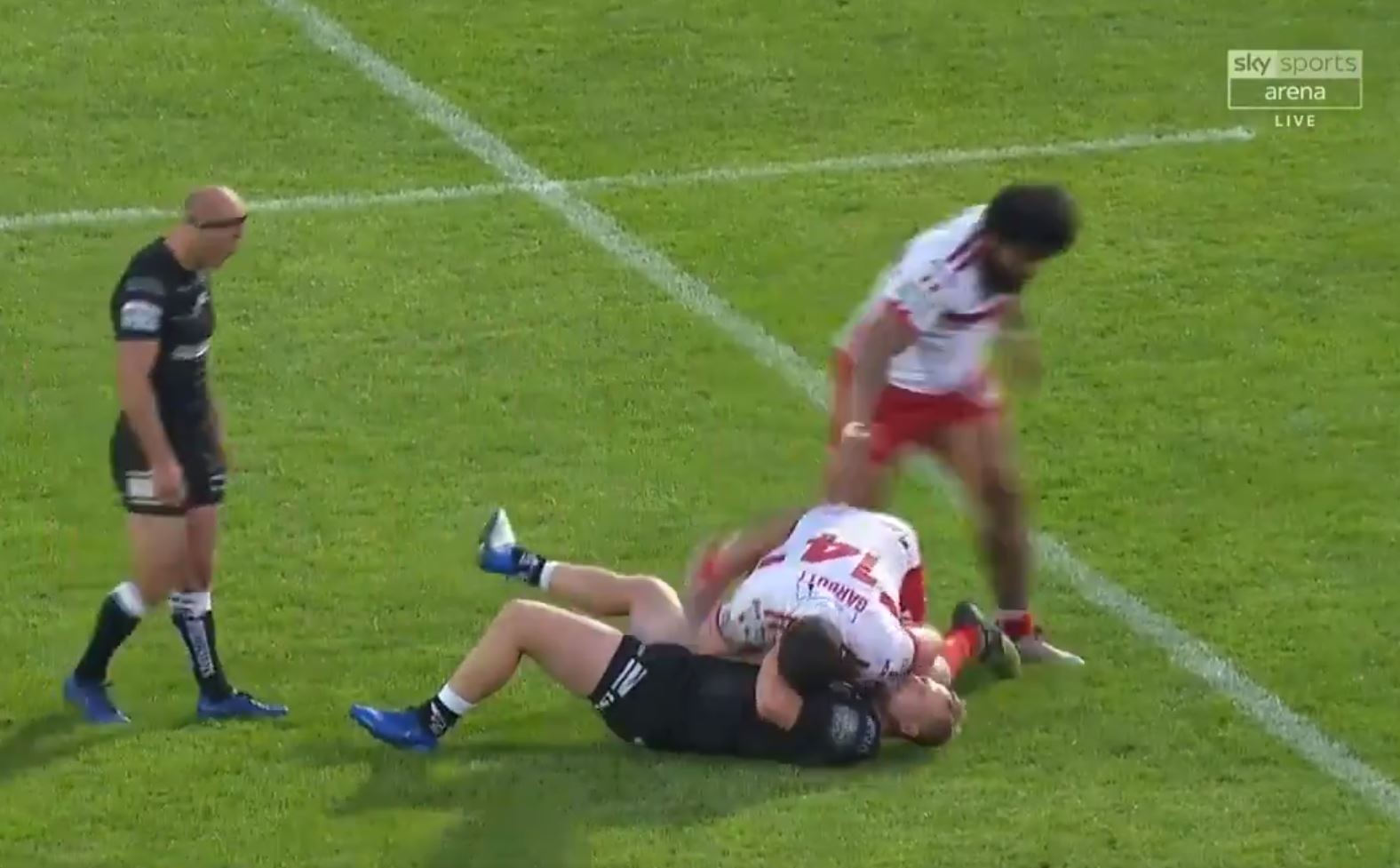 They’re usually pretty bloody tough and not inclined to give into a little bit of pain. 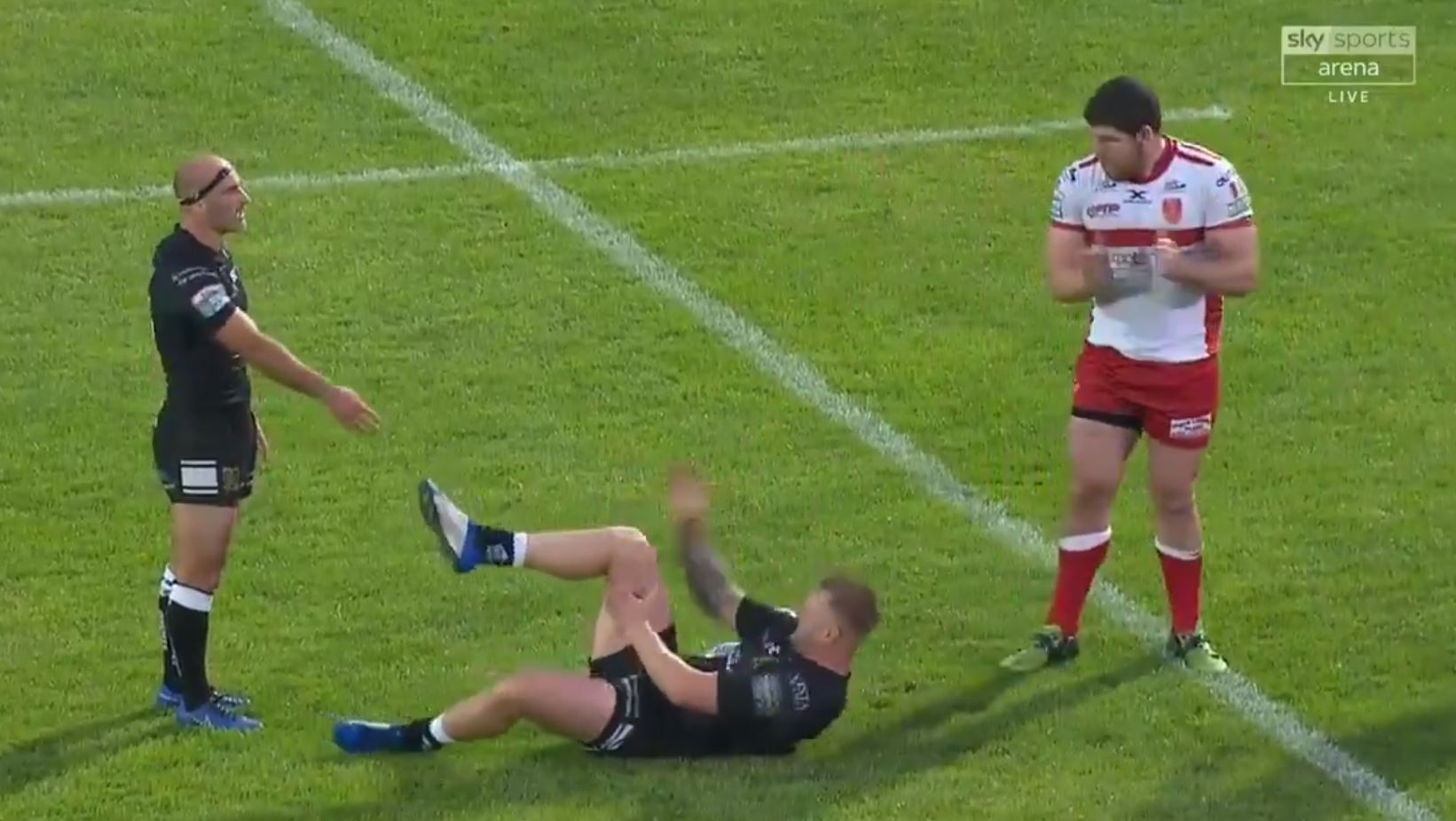 Westerman really exemplified that attitude when he dislocated his knee during a contest against the Kingston Rovers the other day.

After going down in the tackle, the big fella was seen to have dislocated his knee. He wasn’t about to let a mere flesh-wound like that bother him, though. 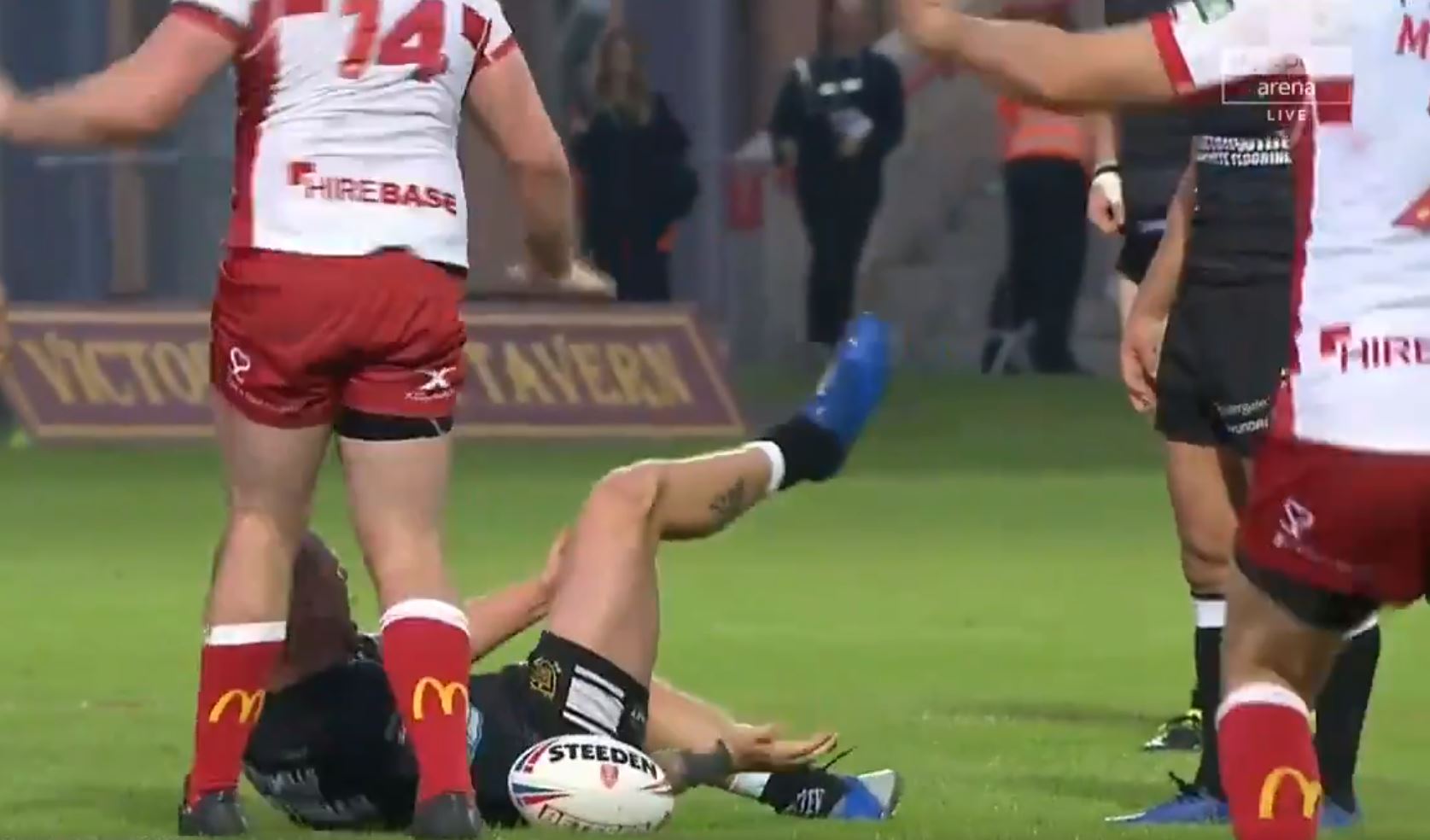 Yeah, nah, the tough b**tard just gave it a few slaps, knocked it back into place and walked it off before joining the next scrum. Crikey! 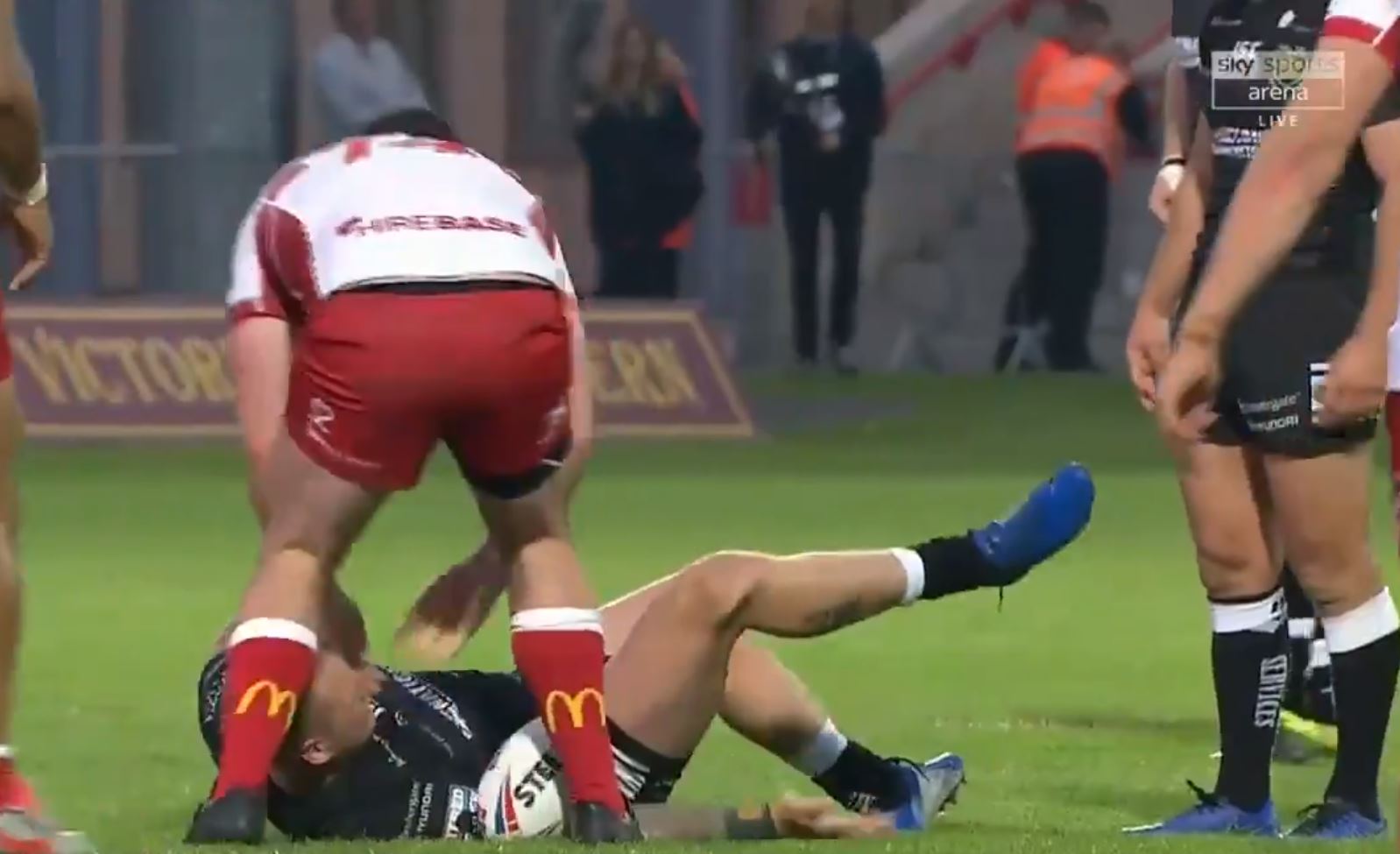 After the game, Lee Radford, Hull’s coach, shrugged off the incident. “He does that every fortnight. It has genuinely come out on numerous occasions—he needs some ligaments in there somewhere.” 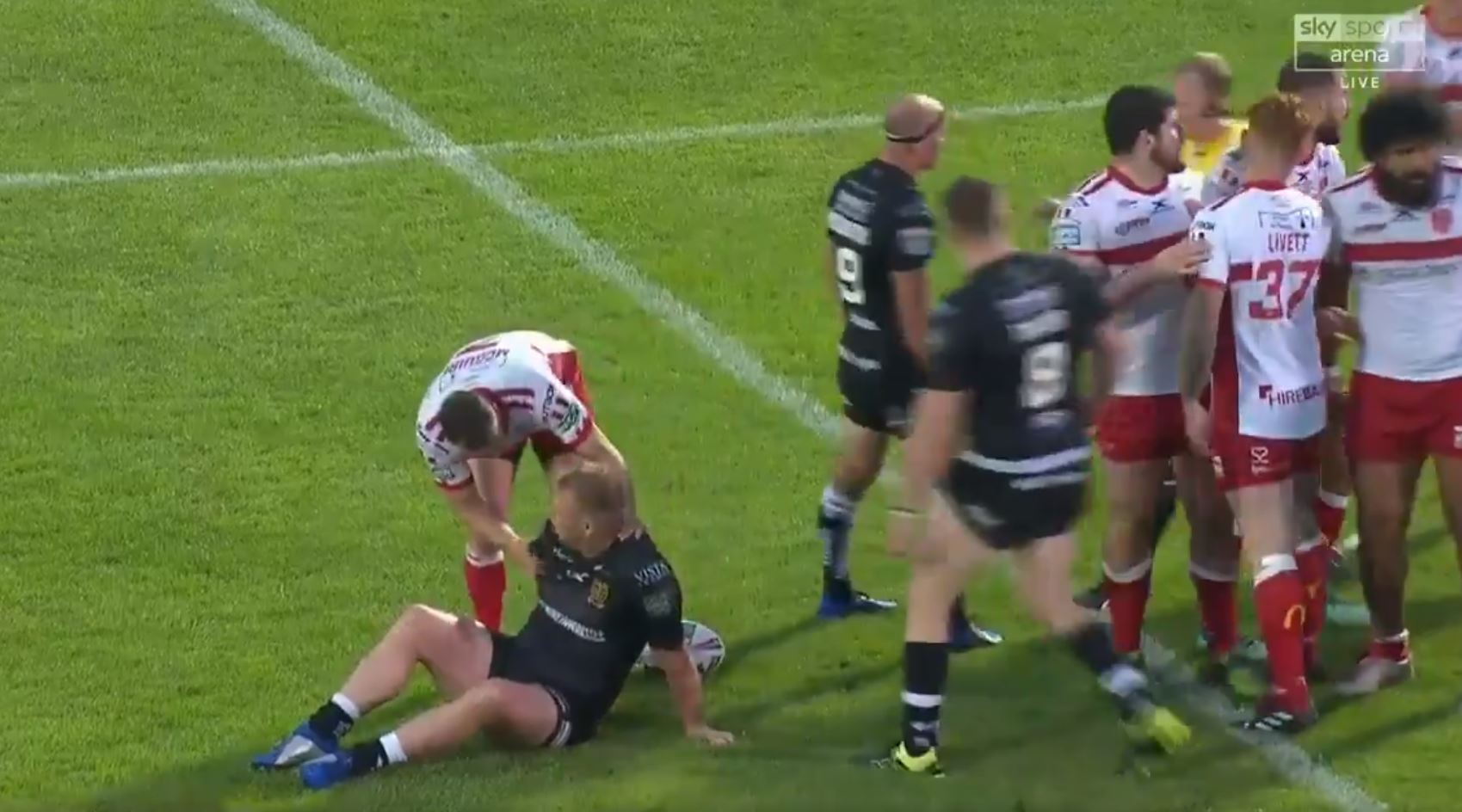 Final thought: Next time you do yourself a relatively serious injury – like a stubbed toe, mosquito bite or elbow graze – remember Westerman’s attitude. Toughen up and be a real man. Like Arya. If you do have a war story to share in the comments, let us know how tough you are, ya big hero.

Recap! In the 77th minute, Joe Westerman dislocated his kneecap in a tackle

What he does next, wow 👀