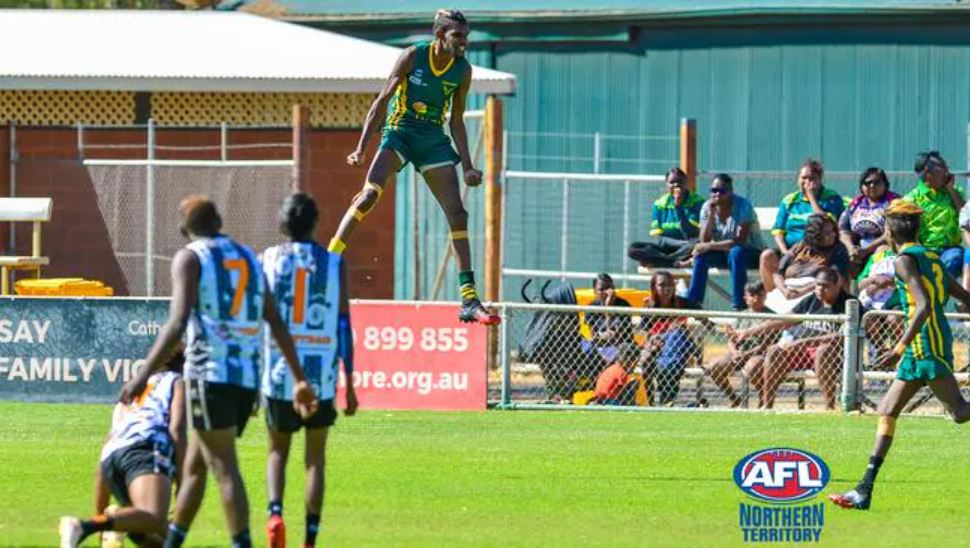 It’s been said that, to the outsider, Aussie Rules can often look like a big bloody fight with a ball in the middle. While we don’t necessarily agree with the sentiment, we kind of get it. Still, there’s a f**k-tonne more to it. Take the athleticism you need to reach the top level of the game. It’s not just a physical sport, it’s a f**ken demanding one. That’s why it’s always good to see young blokes coming through.

If you’ve been online over the last few days, you might have caught sight of a photo showing a young Aboriginal bloke practically levitating above his opponents. The young bloke in question is 17-year-old Shane Inkamala.

This little legend is from Papunya in the Northern Territory, and while plenty are already hyping him up – and putting a s**tload of pressure on him – we’re going to avoid that and just celebrate his massive f**ken leap.

Yeah, nah, we reckon that at 17, the most important thing is for Shane to be enjoying his footy and following the paths he’s keen on following in life. If one of those happens to be footy, it’d be f**ken grouse, and we’d love to see him do well. 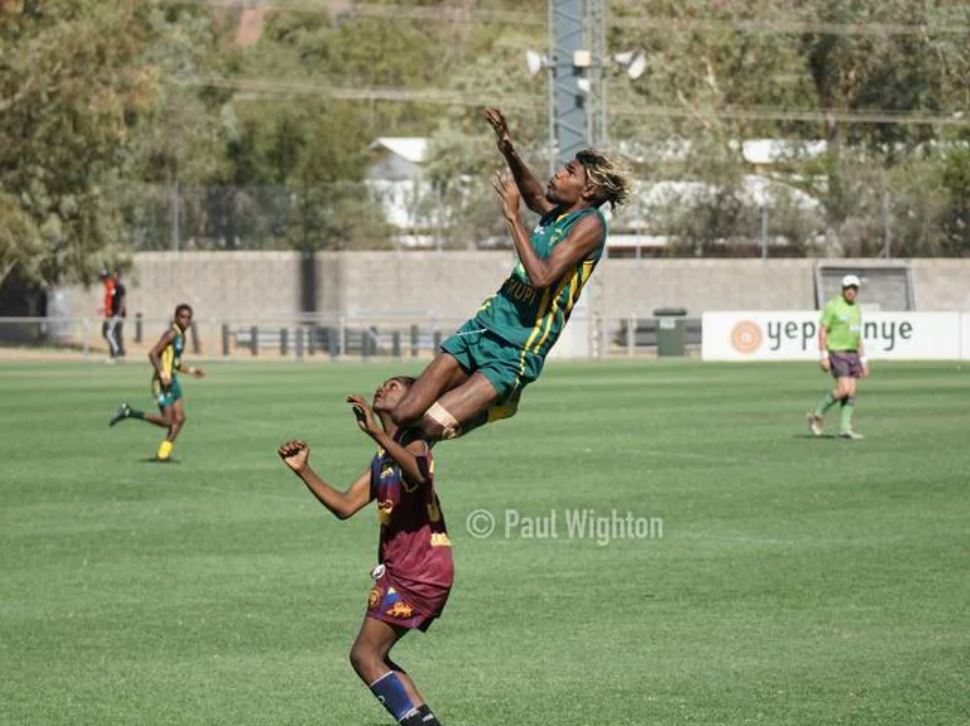 Anyway, about the leap. You can watch it below, but for a bit of context, it happened during the grand final contest between Papunya and Yuendumu in the MacDonnell Regional Council Under 18 Boys Grand Final in Alice Springs.

The photo was taken as Inkamala celebrated one of his three goals in the final. By all accounts, the young bloke played a blinder, and even participated in an under-18 all-star game in Darwin before-hand. 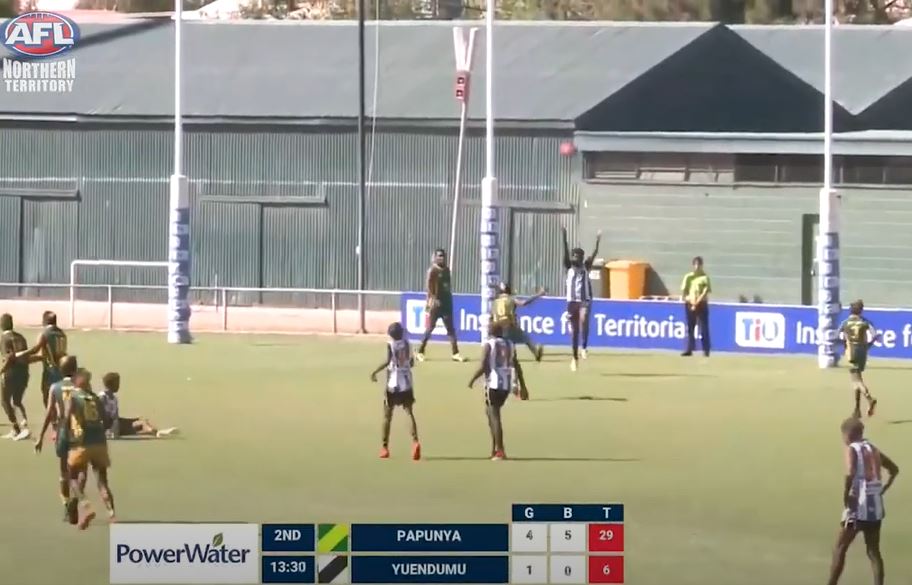 F**ken good on ya, Shane. Keep up the good work and follow your goals to get where you want to be in life, ya legend.

Final thought: Yeah, watching the video, you can see that the kid’s got a leap that’d put a f**ken kangaroo to shame. Have a squiz and let us know what you think in the Facebook comments section.

Just in case you missed it, here’s one of Ozzy’s latest commentary videos…Ozzy Man Reviews: CCTV