Have you ever just been going about your business and enjoying your life when you’ve come in for some stick? It’s always a mood-killer and you can’t blame people for getting upset when it happens. Deadset, it can really make you just want to rage the f**k out, burn your bridges and watch it all burn. Fortunately, most of us realise that’s not the way to be a grown-up. Unfortunately (for them, at least), many rich, famous folks have no idea how to handle it. Take Bayern Munich footballer Franck Ribery for example… 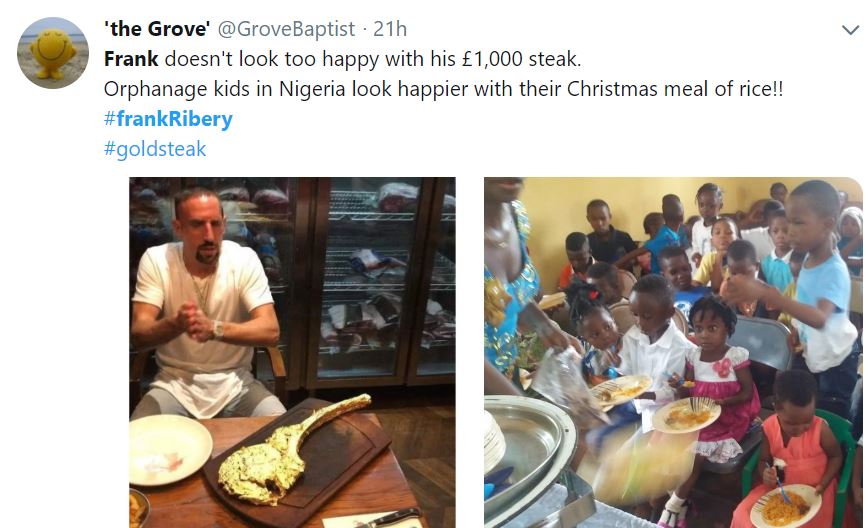 Shortly after Ribery posted a video from a restaurant in Dubai where he ordered a f**ken expensive gold-plated steak from the Salt BAE chef, Nusret Gökçe, people went to town on the poor bloke. And in fairness, to Ribery, he earns his money and is a pretty bloody successful player. It’s up to him how he spends it. 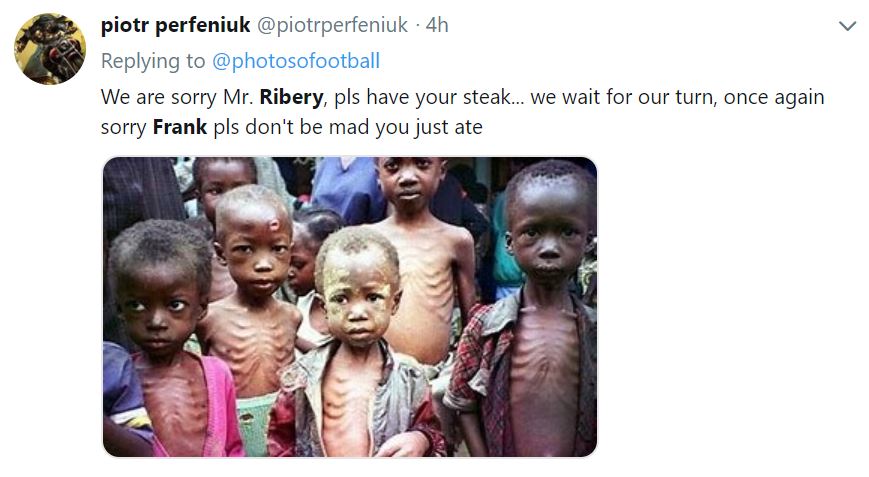 Once we’re done giving him the benefit of the doubt, though, it’s important to say that both he and the chef probably deserve a bit of banter for the way they act in the video. I’m gonna guess they’re both just being their regular selves, but it’s cringe-worthy as f**k.

Anyway, Ribery took the banter so well, his employers, Bayern Munich, had to fine him for his response. The club’s sporting director said, “Bayern Munich will impose a heavy fine on Franck Ribery for his obscenity-laced outburst on social media. He used words that we, FC Bayern, cannot accept and that Franck does not have the right to use, as a role-model and player of FC Bayern.”

By now, you’re probably wondering what the f**k he said, so here it is in all its glory:

“For 2019, let’s dot the i’s and cross the t’s… Let’s start with the jealous, the haters, those clearly born from a condom with a hole in. F*ck your mothers, your grandmothers and even your family tree. I owe you nothing. My success is above all thanks to god, me, and my loved ones who believed in me. For the others, you’re nothing but pebbles in my socks!” 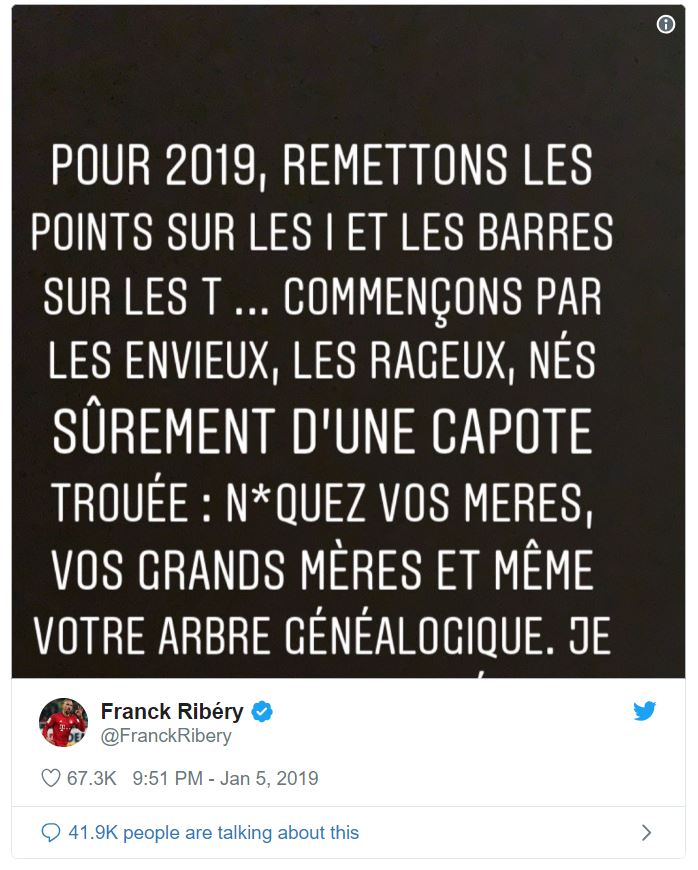 Let’s be honest, that’s a top quality roast, and all we can do in its wake is hope that anyone who put sh*t on poor little Ribery feels suitably chastised.

Final thought: Look, this all comes back to the age-old debate of whether athletes should be held accountable for their actions in public. So what do you blokes reckon? Is Ribery within his rights, or is the club right to fine him for what he said?