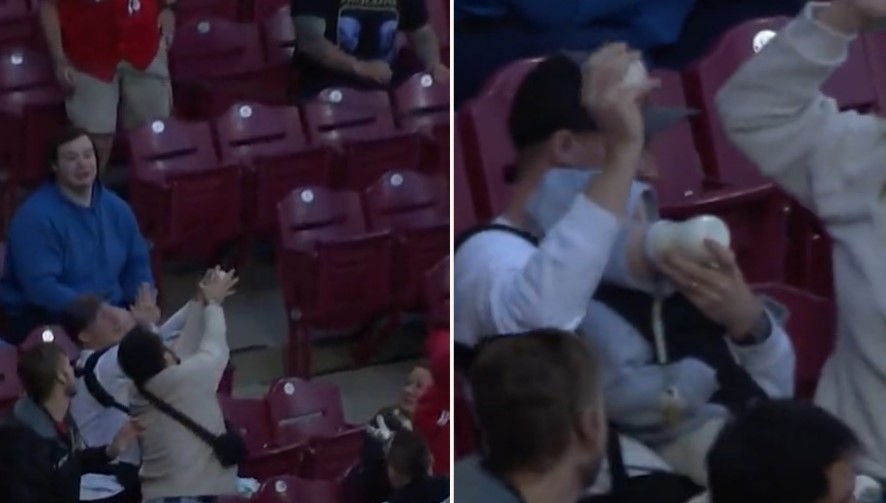 Some say that we’re easily impressed here at Ozzy Man Reviews. In response, we say that’s not a bad thing. Also, seriously, have you seen how f**ken good it is when a fan in the bleachers catches a ball? Yeah, nah, deadset, that s**t is f**ken cooking. Of course, some catches are better than others. Like this one.

Now, most mortal blokes might be protective of their progeny when they’re chilling in a place where projectiles can come raining down at any moment. They might be inclined to shield their little tin lid from a potential baseball to the face. Not this bloke, though. Yeah, nah, he’s the kinda bloke who can pluck a ball out of the sky no matter the context. 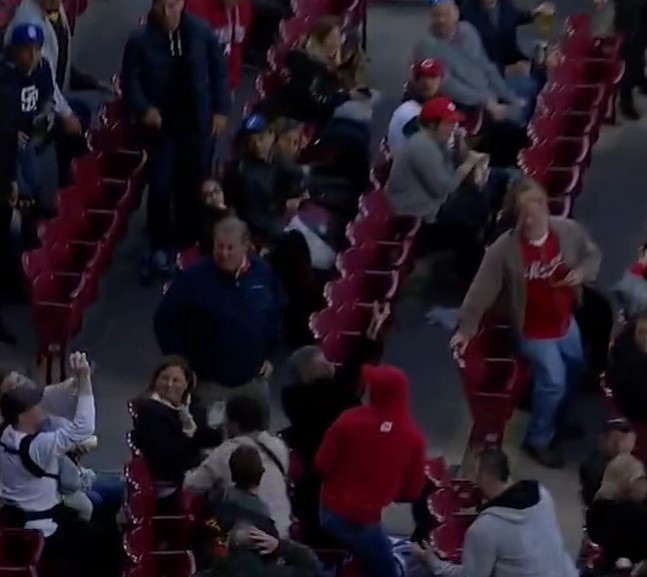 Fair dinkum, we reckon if you give the video down below a squiz, you’ll be like, yeah, nah, that was pretty good. After all, it’s not like he fumbles it, and it’s not like he hesitates. Yeah, nah, he doesn’t even consider the consequences; he sees a flying ball and he catches it. That’s just what he does. 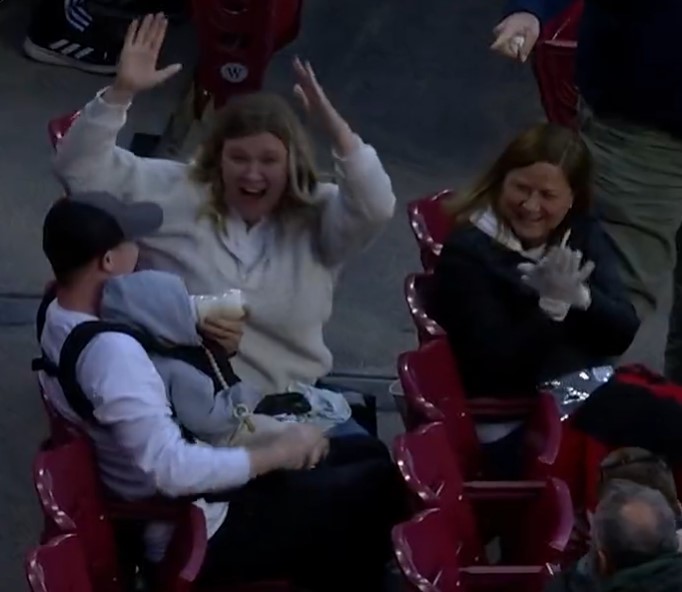 It gets even more impressive when you consider the other blokes trying to catch it around him. They can’t. He’s too good. Have a go at the bloke in the cardigan and the Reds shirt. He gives it his best. It’s not good enough. He’s even like, “F**k!” but he knows there’s no shame in missing out to Super-dad. 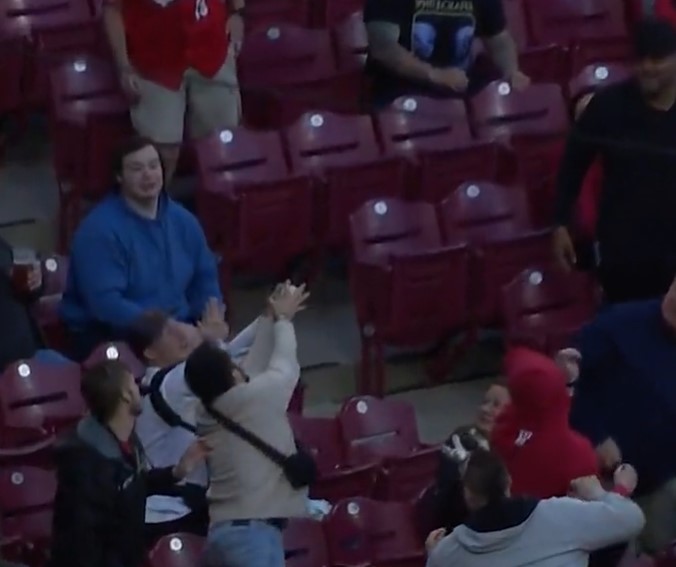 Meanwhile, Super-dad’s wife watches him cradle that ball with his manly hand while he continues feeding the kid with nary a f**ken hiccup. And let’s be honest, when she gets up there’s gonna be a wet patch on that seat. Yeah, nah, that’s her man and she’s f**ken impressed. 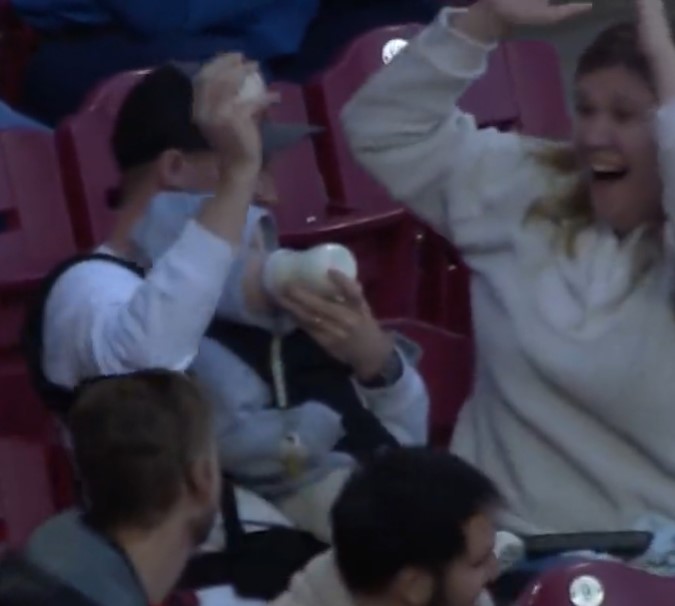 She’ll probably even ask him for more babies. He’s just that good.

Final thought: There’s not much to say here except the obvious. This bloke is king of the Super-dads. He’s the pinnacle of fatherhood. He’s probably the only bloke who should legally be allowed to wear a shirt that says THE MAN THE MYTH THE LEGEND. That’s why we’re giving him this Top Bloke award. What a f**ken hero!

Dad feeding a baby at the Reds game casually snags the foul ball too. pic.twitter.com/l8h7fiiH4M