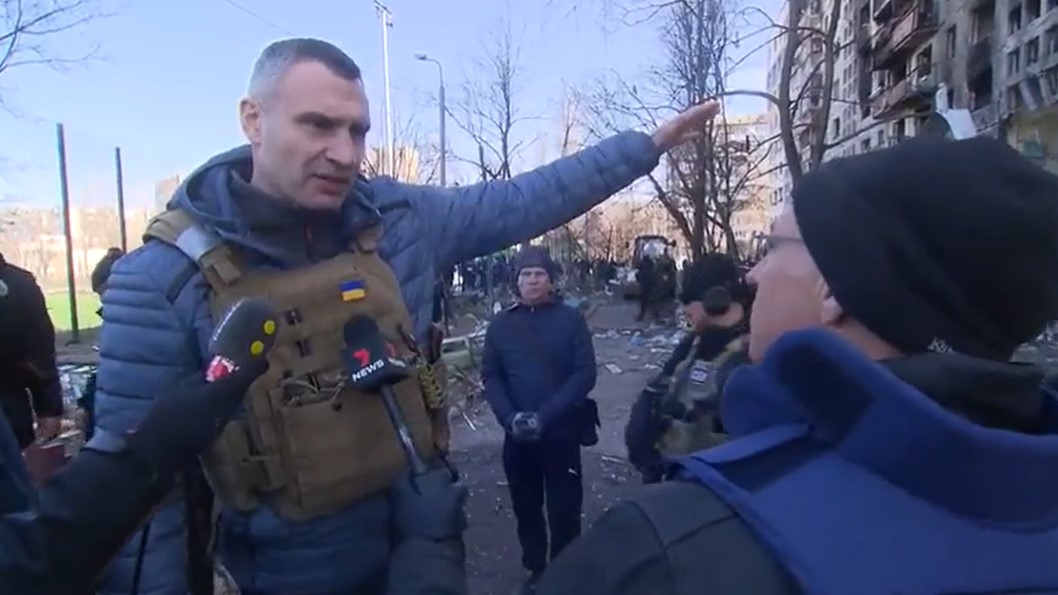 While there’s been a bit of talk about Putin’s martial arts skills during the invasion of Ukraine, no one seems to have mentioned that the mayor of Kyiv is none other than former World Heavyweight Boxing Champion Vitali Klitschko. Now, we don’t know about you, but we’d love to see this thing settled in a straight biff between Putin and Klitschko. Before that can happen, though, here’s what Vitali had to say about Putin’s claim that he’s only targeting important military sites…

Look, before we go on, we reckon there’s a chance you might have seen this with a bit of spin about the dumb question Klitschko was asked by Channel 7 reporter Chris Reason, but we’re not gonna go there. Reason knows his salt, and he’s obviously softballing one to the former champ so he can share his thoughts on some obvious horses**t. 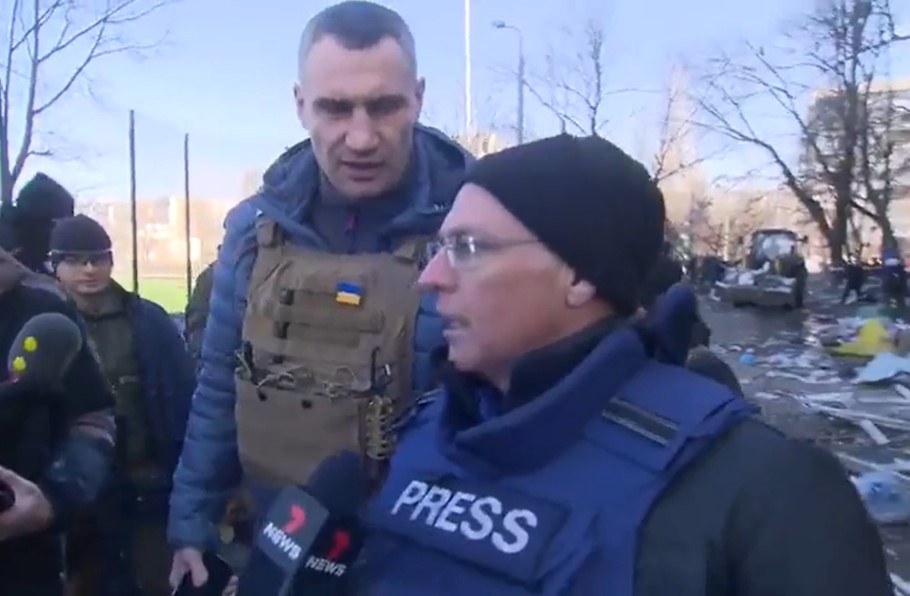 Basically, Klitschko was leading journalists around Kyiv streets and buildings that Putin’s sent to Destination F**ked when Reason thrust a Channel 7 mic in his face and threw the question out there. 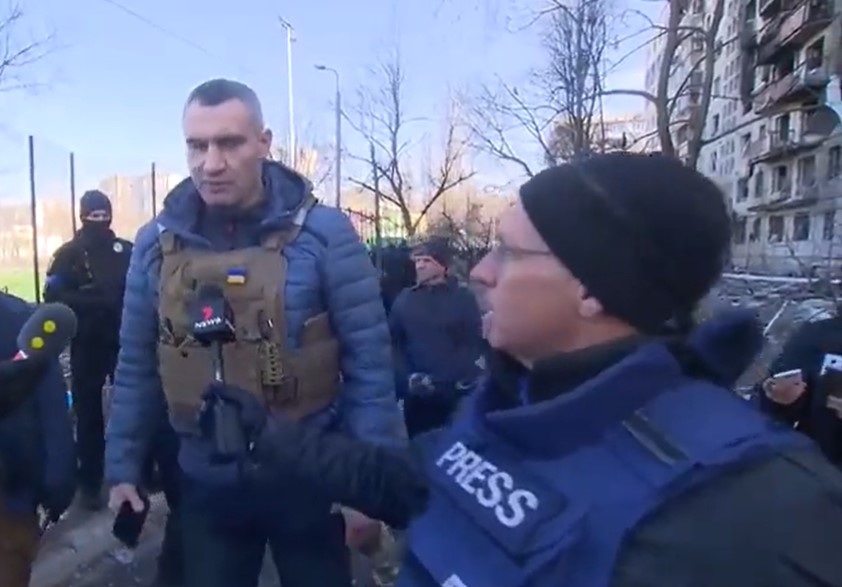 Yeah, nah, in front of a building that’s obviously NOT a site of strategic importance and obviously the kind of place civilians would live, Reasons says, “Putin says he’s only targeting military targets…” The journo then lets the point hang there while Klitschko weighs up his response. 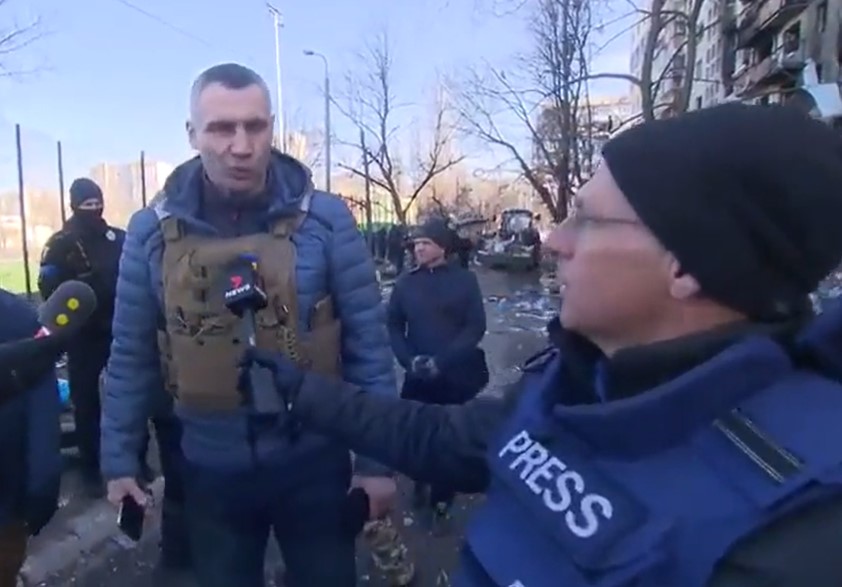 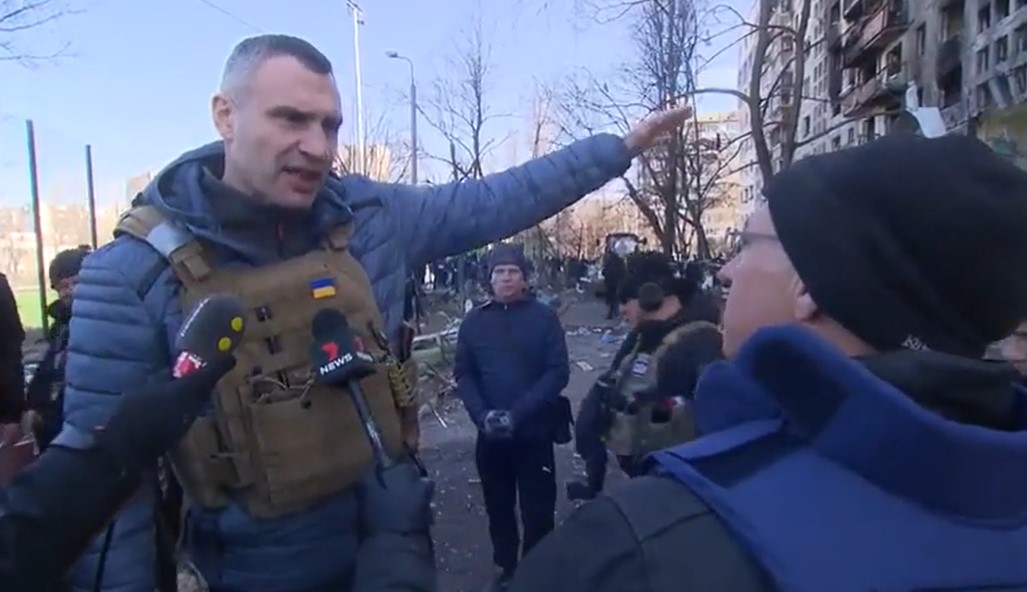 And yeah, this one says it all. As we said, some have criticized Reason for what seems like a dumb question, but we reckon he was just giving Klitschko the opportunity to easily refute an obvious lie.

What do you reckon? Let us know in the comments.

Russia claims its only hitting military targets. What does the Kyiv Mayor say to that? "BULLSHIT!" he spits. A former boxing champion, Vitale Klitschko delivers knockout sound bites that get straight to the point. Feel free to share #Ukraine #Kyiv pic.twitter.com/GvFs7ZWIUz

Just in case you missed it, here’s one of Ozzy’s latest commentary videos…Ozzy Man Reviews: We are gonna say no to Idiotic Imperialism: Russian Citizens Speak Out!