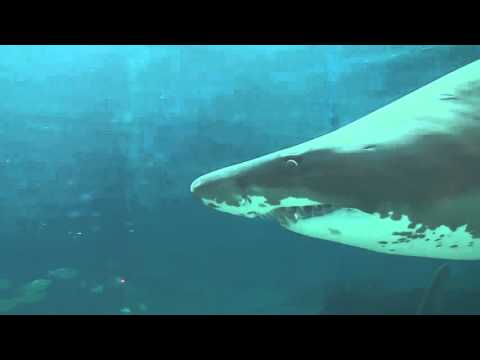 This video surfaced online about a week ago, but I’ve just stumbled upon it this arvo.

We go through phases in Western Australia where we get a fair few sharks cruising around the beaches.

It’s always a tense time. I’m not much of a swimmer (pretty bad at swimming to be honest. I’m great at doggy paddle and sticking to shallow areas) so it’s never been something I’ve worried about too much.

In the video below (which is from South Africa) you’ll get to witness what a shark attack looks like.

It’s fucking shocking. It appears to happen so fast but leaves so much damage. If you have just one run in with a sharks razor sharp teeth it’s gonna leave you in a bad way.

Video below. Warning, it is graphic as hell towards the end:

The description in the video info on YouTube reads…

“A scary moment is captured as a diver, who was trying to assist a pregnant, Ragga Tooth Shark, gets attacked. Luckily, the diver made a full recovery and is back in the water with no hard feelings towards the shark!”

Fuck that. I wouldn’t be going near Ragga Tooth Shark again.

I’m quite at peace with being a ground-dwelling mammal ey.