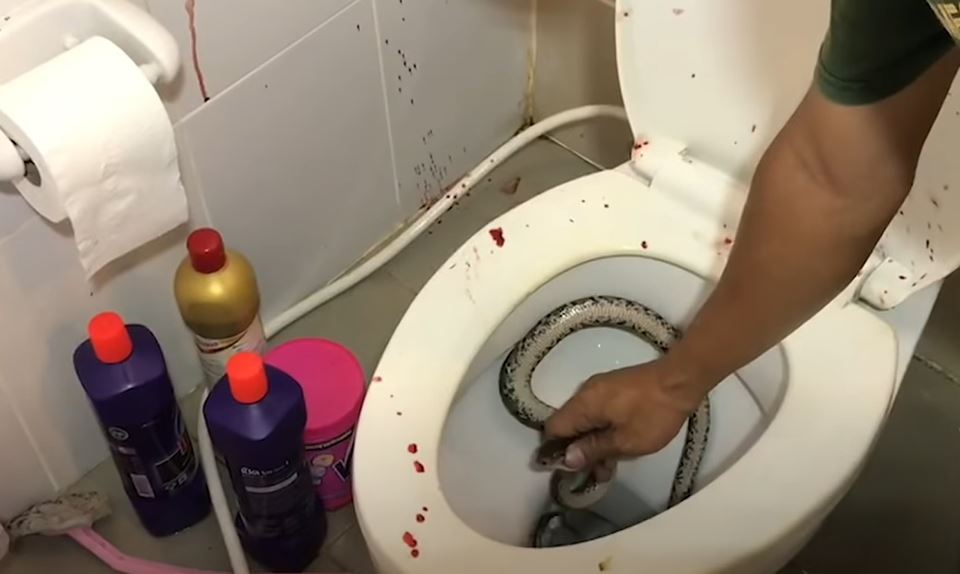 Right, we’re starting this one off with a bit of a f**ken how-ya-going. Yeah, nah, if you’ve ever said anything bloody dodgy about the land down under because we’re supposed to have redbacks in the dunny, you need to apologise. Not because we don’t. We do. But, and we f**ken mean it, our redbacks have got nothing on Thailand’s toilet snakes. Check this s**t out!

So, yeah, now that we’ve got that out of our system, this one’s pretty f**ken self-explanatory. A young bloke from Thailand was sitting on the porcelain throne when a f**ken snake mistook his meat-mallet for a mouse. 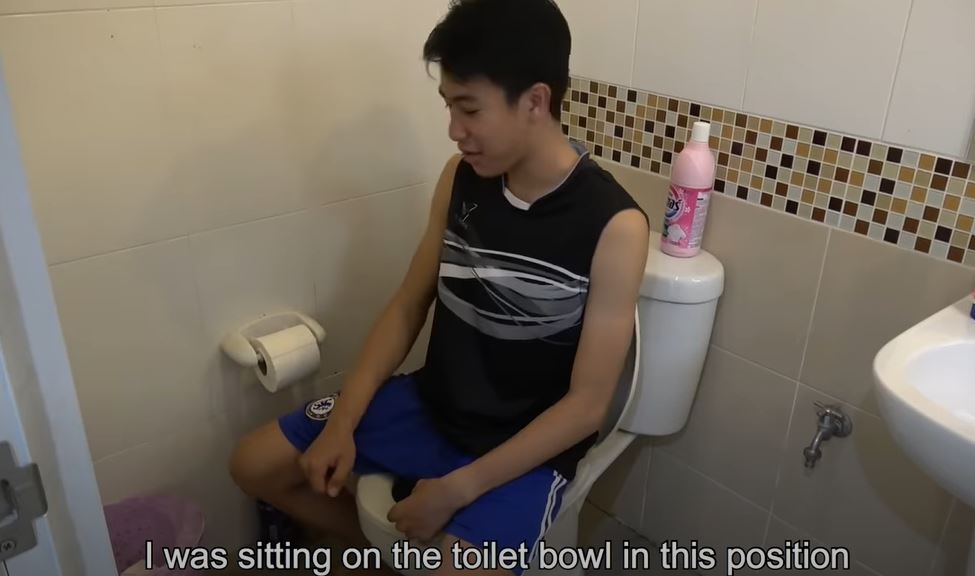 The snake being a snake, it just had a f**ken crack at it. Don’t let us tell you, though. Old mate’s got the full f**ken story.

The poor bast*rd’s name is Siraphop Masukarat, and he’s now got stitches in his sour cream rifle as a result of the attack. 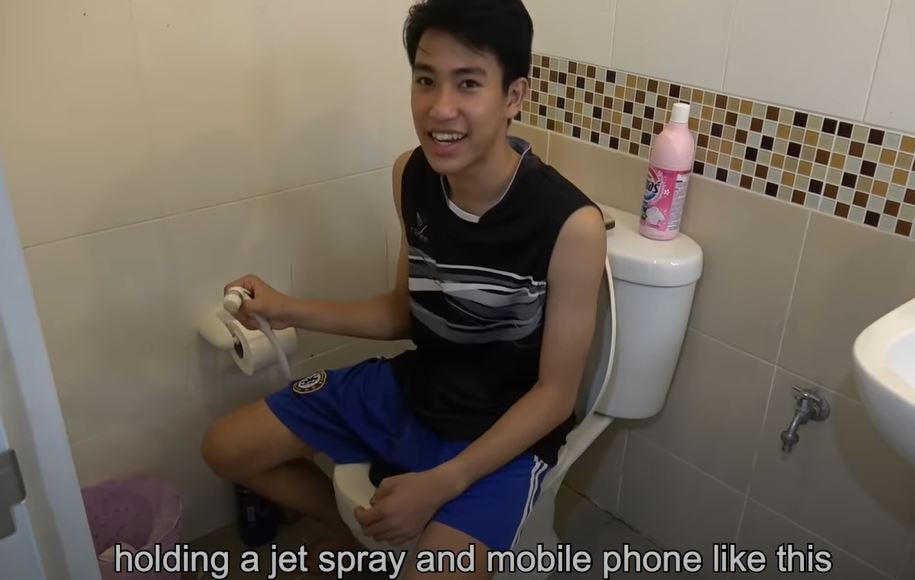 He told a local television station:

“I was sitting on the toilet, holding me jet spray and mobile phone, watching some videos when I suddenly felt pain in my wedding tackle. I threw the hose away, wanting to know why it hurt, and then I saw the snake’s head!” 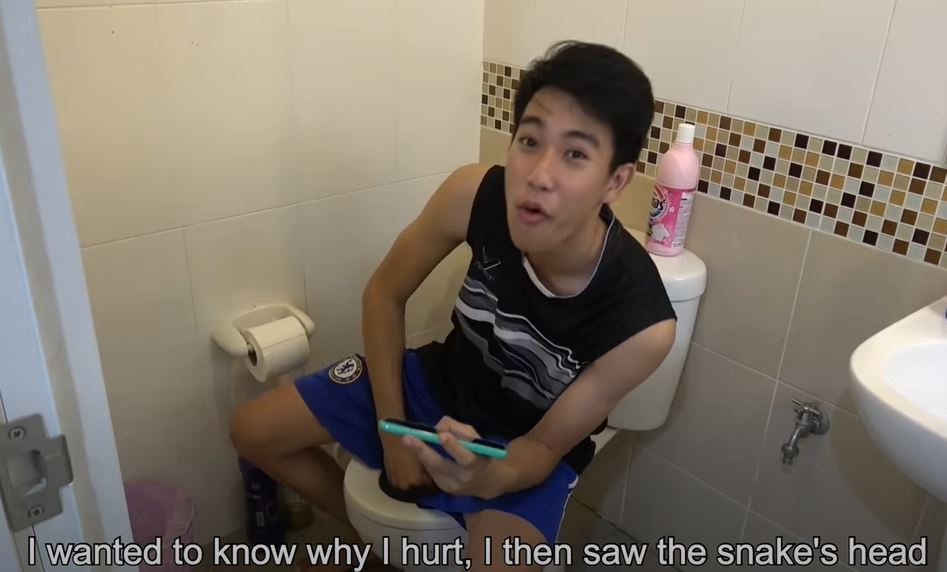 “I stood up,” he says, “dragging the python with me – and I made sure I brought the snake too! I tried to use the door to remove it, then shut the door when it fu*ked off back to the bathroom!”

Yeah, nah, we’ve obviously taken some liberties with the quotes, but you can see them in the video. The kid’s clearly excited. He’s eighteen, he’s on television, and he might have just got more action than he’s had all year. 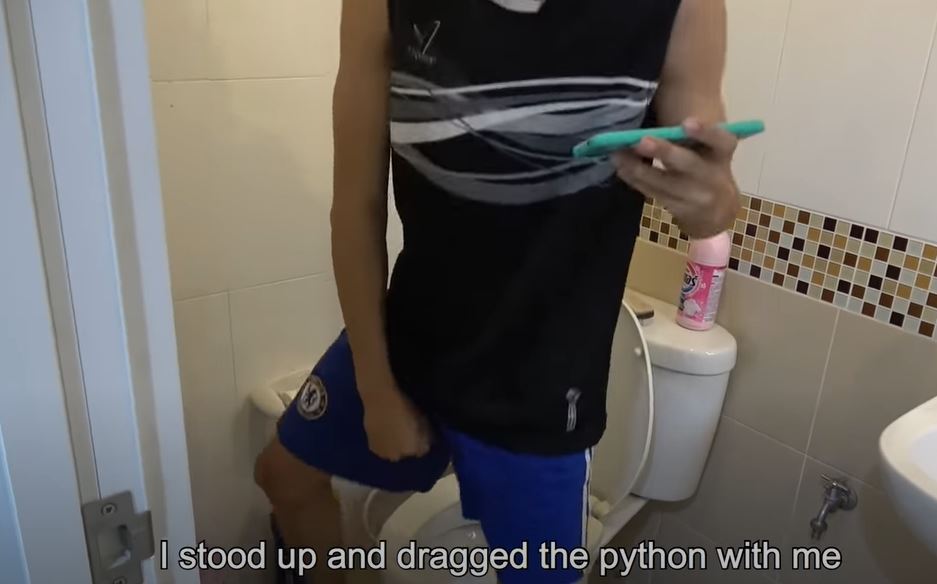 Either way, he’s loving his fifteen minutes of fame, and we don’t blame him. If you’ve had a snake munch down on your pork snorkel, you f**ken deserve it. 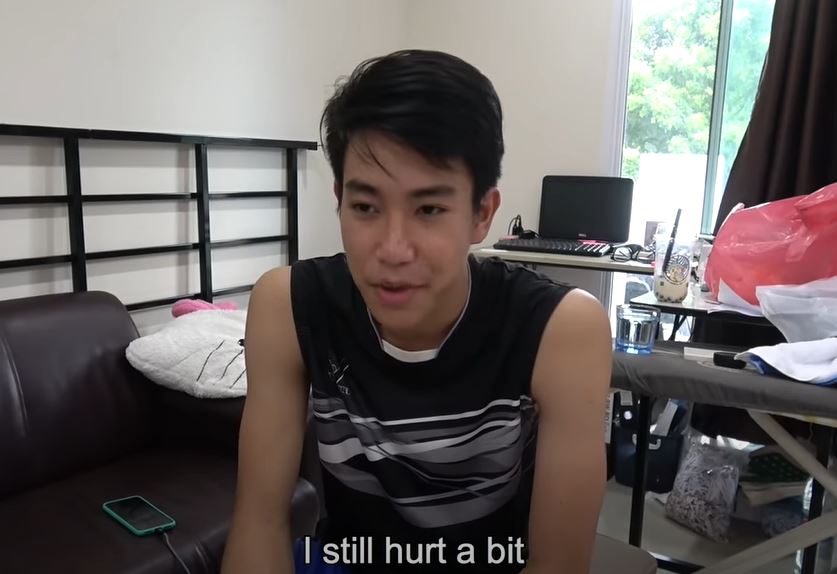 Final thought: Anyway, this is obviously pretty f**ken horrific. Thankfully, the young bloke’s lived to tell the tale. You know it’s gonna make a f**ken good pub story once he’s over the trauma.

Just in case you missed it, here’s one of Ozzy’s latest commentary videos…Ozzy Man Reviews: Humans being nice #3