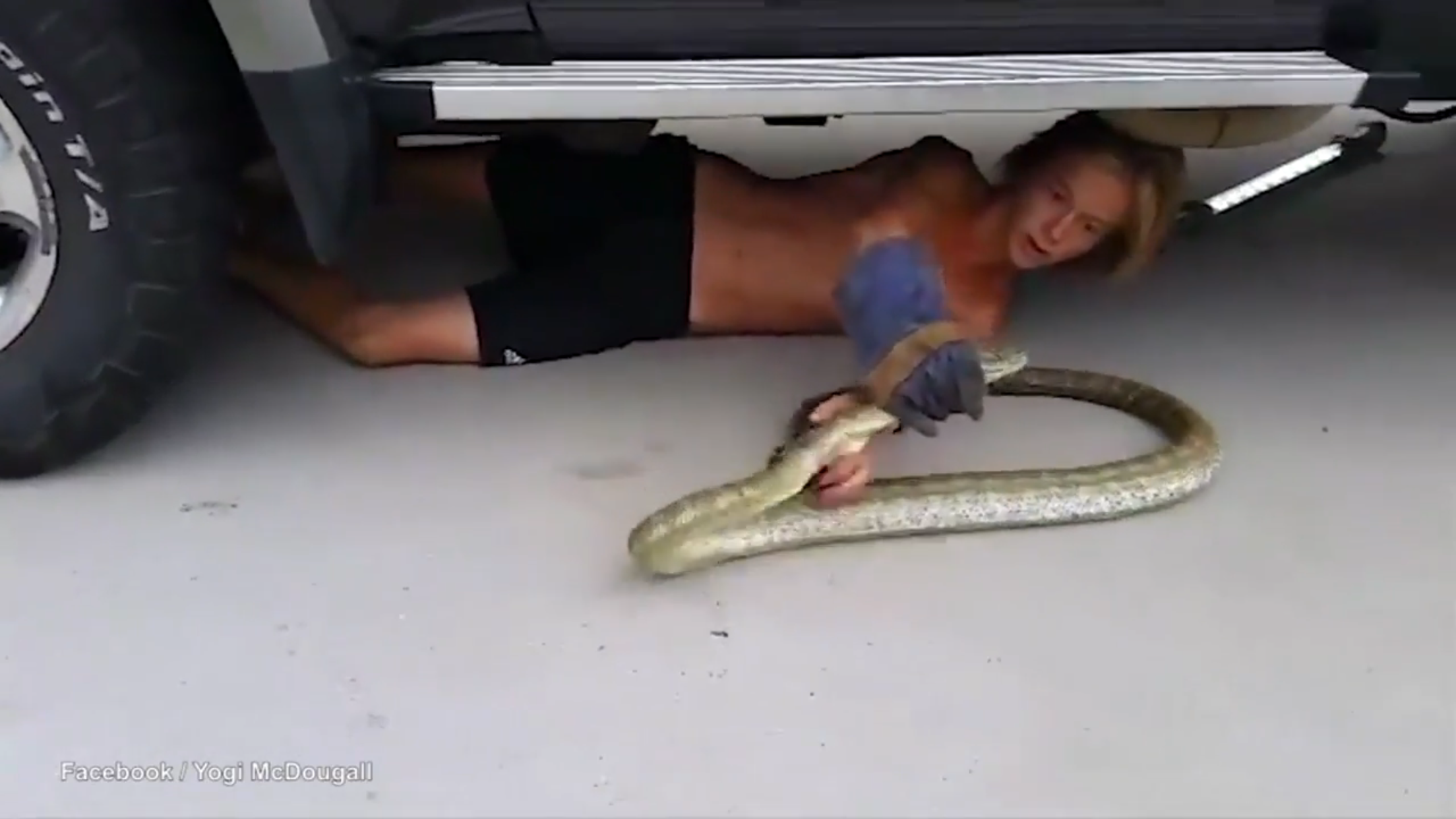 When is the last time you woke up and felt like being a total and complete badass that day, and it actually worked out for you? Not often, if at all, right? Well there’s one Queensland teenager out there who managed to snag one of those days by the cojones.

Oli Wardrope is a teenager from Seventeen Seventy on the central Queensland coast who has earned himself a little reputation of being a young Steve Irwin in regards to his successes with the local wildlife. Before heading off for school one morning Oli got held up to help remove a big old carpet python from underneath a land cruiser, which someone managed to record. The snake was settled in the underside of the ute, so the beginning of the video displays a shirtless Oli wrestling with what little he can while still safe. You can tell the snake just wanted to be left alone on its warm, metal perch but we all know how that would have turned out had the owner gone and actually turned the vehicle on. Dead snake. Fortunately for young Oli, the snake soon grew tired of being messed with and popped it’s head out just enough for the teen to grab it. While words of caution flew from his onlookers he confidently proclaimed he had the head, and technically after you’ve done that you’ve neutralized any serious threat that snake proposed so… he was good. All on his own this kid managed to wrestle the snake from under the car, and as they slowly “pour” it into the bag for transport one of the men proclaims, “THAT’S A BIG SNAKE!” And yes, he spoke in all caps.

Oli saw his moment to shine and he did spectacularly. It’s no surprise at all why he earned his nickname, in fact it’s pretty fitting.

WATCH IT ON THE PLAYER BELOW: