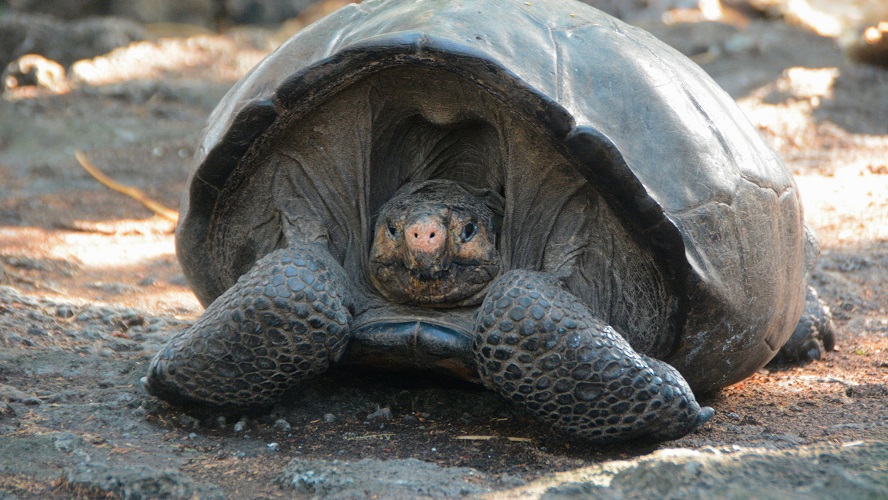 Giant Tortoise from the Galapagos thought to have been extinct, has been there the whole f**cken time!

I love a feel good story ever now and then, somethin’ that gives me the warm and fuzzys! And someone finding this old girl has me thinkin’ maybe we haven’t completely f**ked our planet just yet.

Conservationists had thought this species had been hunted so ruthlessly by b**tard colonists that there weren’t any left.

The Fernandina Giant Tortoise had everyone thinking they were extinct, and rightly so… There’s been no reported sighting since bloody 1906!

The Ecuadorian Minister for the Environment Marcelo Mata tweeted yesterday spreading the word that National Park members found a female Fernandina Giant Tortoise alive and well on an island in the Galapagos. 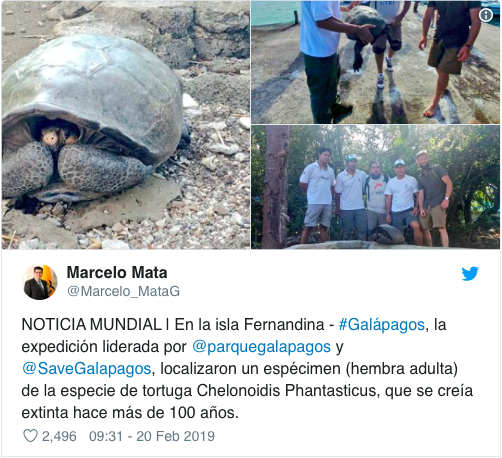 Understandably the good news has all the hippies and greenies high fivin’ each other and shoutin’ a round down at their local. And I might just f**ken join ’em, because you don’t have to be a committed tree-hugger to know that this is beaut news for the planet.

But I got to thinking, if no-one has seen this kinda tortoise for over a hundred years? Where the f**k has she been? Check out these blokes, thinking’ exactly the same bloody thing! 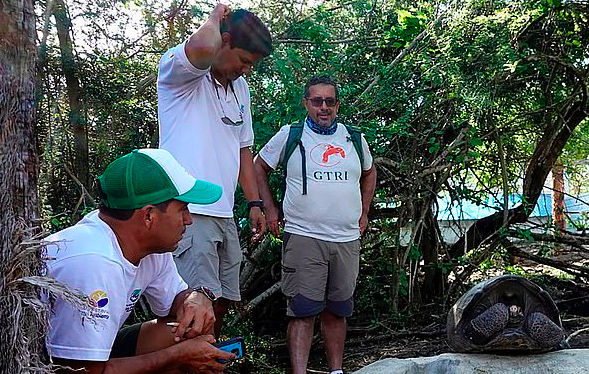 Literally scratching their heads wonderin where the ol’ girl has been all this time – Credit: AFP Getty Images

This sheila has probably been hiding outta fear of being f**ken murdered like all her bloody ancestors! And who could blame her for f**ks sake.

Final Thought: This is ripping great news, don’t get me wrong… But it grinds my f**ken gears that these stories need to be reported on in the bloody first place. Let’s all just start taking better care of the planet alright? If we all chip in and do our bit, we’ve got a hope in hell that everything won’t turn f**ken s**t.