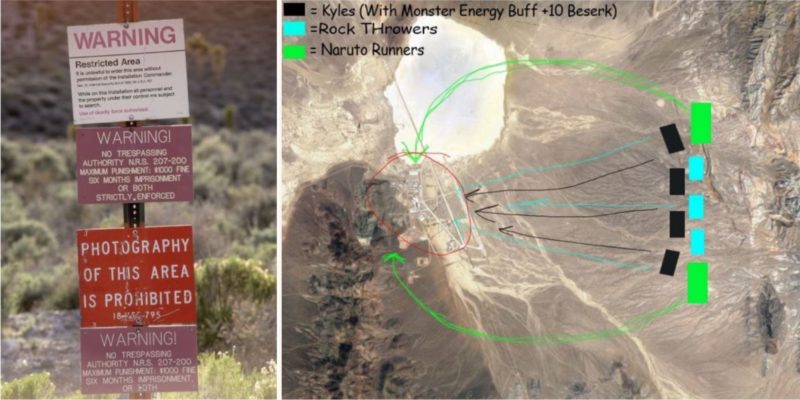 You know, just the other day we were sitting around the Ozzy Man Reviews offices and wondering why you no one talks about Area 51 anymore. There was a time there where it was a bloody pop culture icon. Movies, video-games, novels, The X-Files; they all loved it. Rumoured to be the place where the US houses all of its clandestine UFO stuff, it’s one of the most well-known and famous conspiracies of them all. We needn’t have worried, though. It was bound to pop back into the public consciousness, and a new group has caused it to do just that…

This group is imaginatively named Storm Area 51, They Can’t Stop All of Us, and its goals, mission-statement and detailed plan are all right there in the name. The members of this group plan on storming Area 51 – and they’re gonna do it with pebbles. 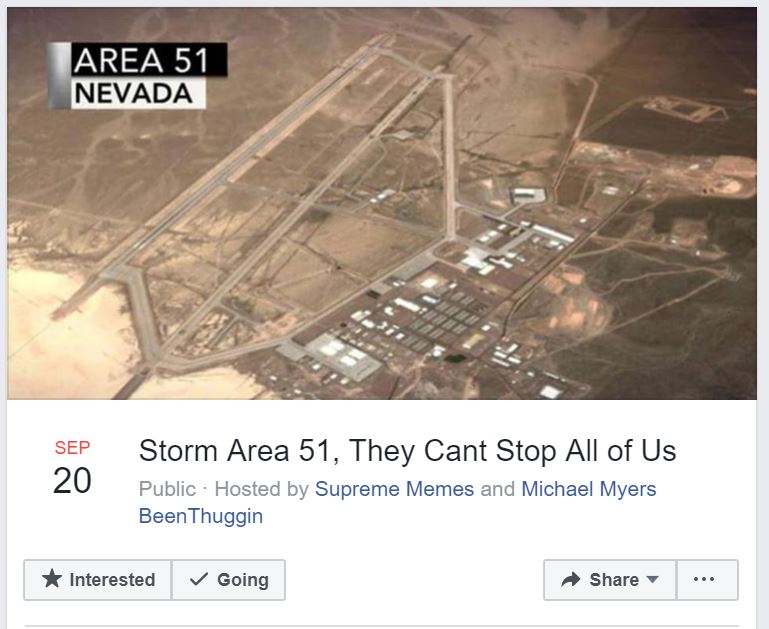 While that sounds completely batsh*t – and is actually completely tongue-in-cheek – a bloody buttload of people have already committed themselves to the cause. 237,000 have said they’re attending and 265,000 have said maybe.

“Ok guys, I feel like we need to formulate a game plan, I’ve put together this easy to follow diagram here for a proposed plan.

The basic idea is that the Kyles form the front line, if we feed them enough psilocybin and monster energy and say that anyone in camouflage is their step dad, and the entire base is made of drywall then they will go berserk and become an impenetrable wall.

Then the Rock Throwers will throw pebbles at the inevitable resistance (we don’t want to hurt them, we just want to annoy them enough to not shoot the Kyles as often).

While this is all happening, the two Naruto Runner battalions will run full speed around the north and south flank, and shadow clone jutsu, effectively tripling our numbers, and overwhelm the base (red circle).” 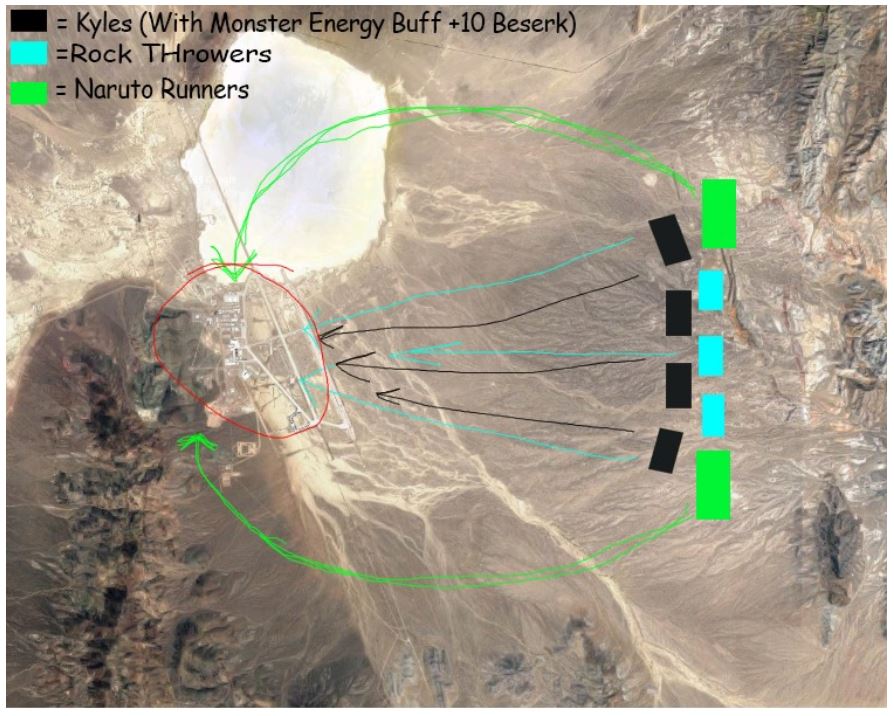 As you can see, a lot of this relies quite heavily on the cannon-fodder approach. So long as there are more people than there are bullets, the group should be able to get inside Area 51 and find all the evidence of alien weather balloons they need.

Of course, Kyle has made sure there is a disclaimer on the groups Facebook page.  “P.S. Hello US government, this is a joke, and I do not actually intend to go ahead with this plan. I just thought it would be funny and get me some thumbsy uppies on the internet. I’m not responsible if people decide to actually storm Area 51.” 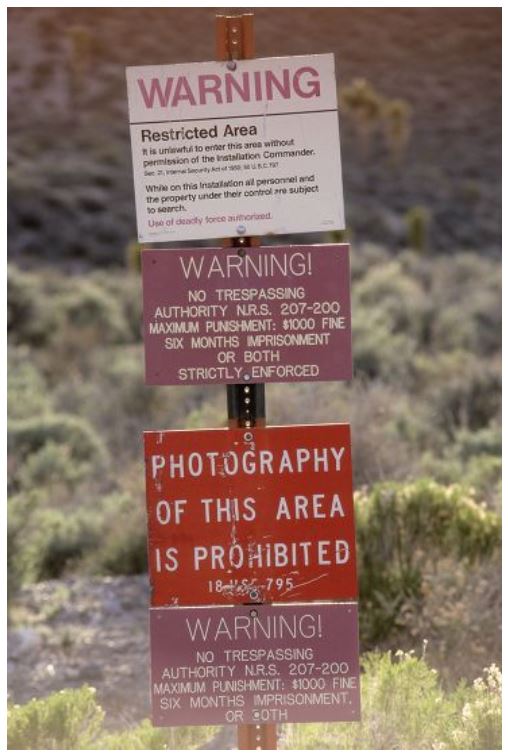 Probably not a bad idea considering Trump currently has people throwing kids into concentration camps. You wouldn’t want to end up in one of them – or disappear in the Nevada desert.

Final thought: We bloody love the sheer volume of people who are keen to get on board with this. Area 51 is one of the all-time classic American locations. It’s about bloody time someone found out what’s really going on in there.