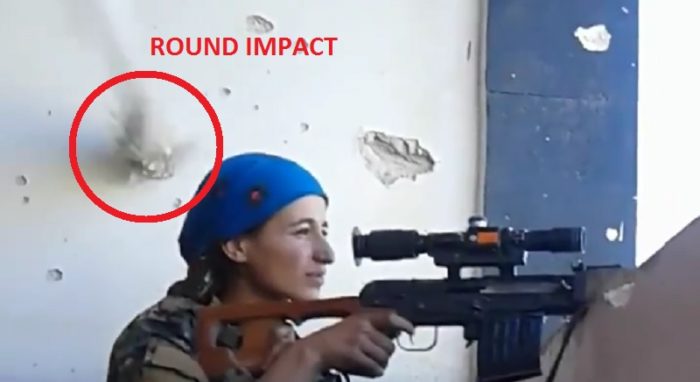 An incredible clip has emerged showing a female Kurdish sharpshooter laughing after a bullet fired by an ISIS militant narrowly missed her head.

The YPJ (Women’s Protection Units) sniper can be seen taking aim on a balcony during a duel with an ISIS sharpshooter in the terrorist organisation’s stronghold of Raqqa in the north of Syria.

Immediately after firing off her own shot, one comes back her way and a chunk of the wall just behind her head explodes, showering the enclave with plaster.

Now, for most of us, the initial, involuntary reaction would be to sh*t our pants but not this sheila: she ducks down and laughs in the face of death!

The footage was posted on Twitter by Kurdish journalist Hemze Hamza who is currently embedded with the YPJ fighters. The tweet that accompanied the clip said: “Kurdish women know no fear. Your average human being would be scared for life after being so close to death but she kept laughing.” 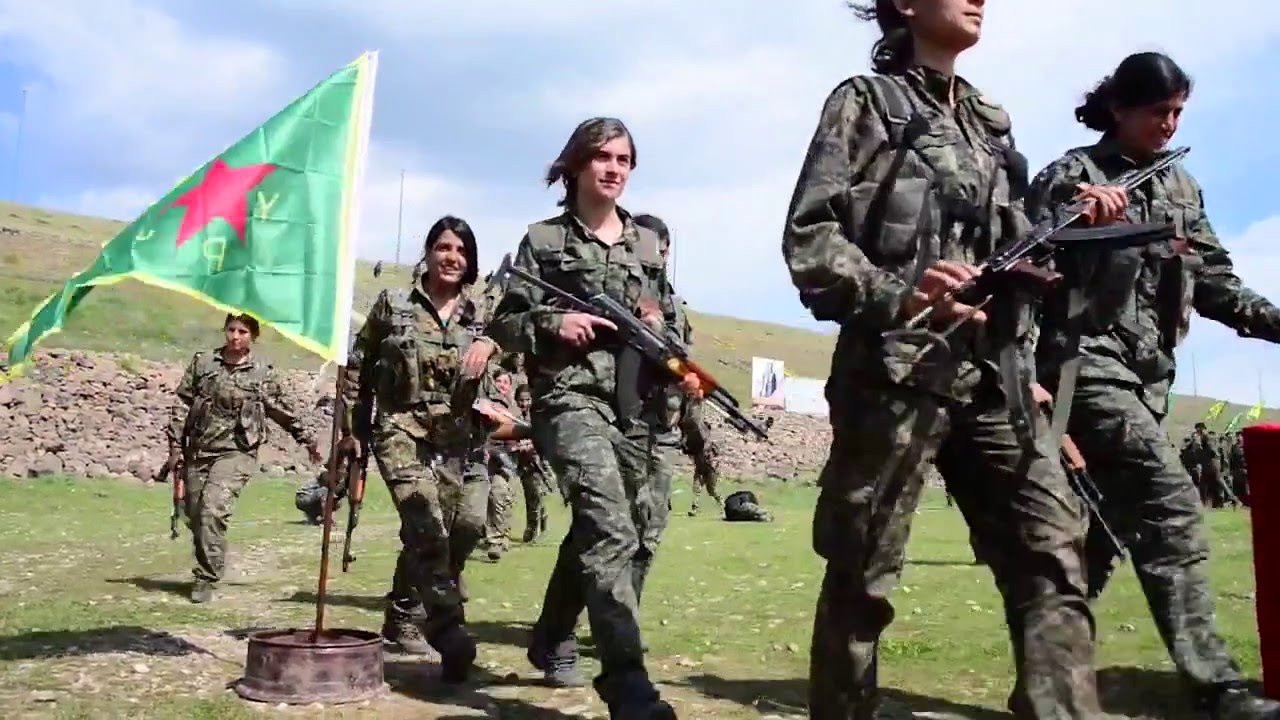 The YPJ is the all-female Kurdish military branch of the of the Kurdish People’s Protection Units (YPG). The were created to defend from attacks by ISIS militants and other terrorist organisations that seek to do the Kurdish people harm. 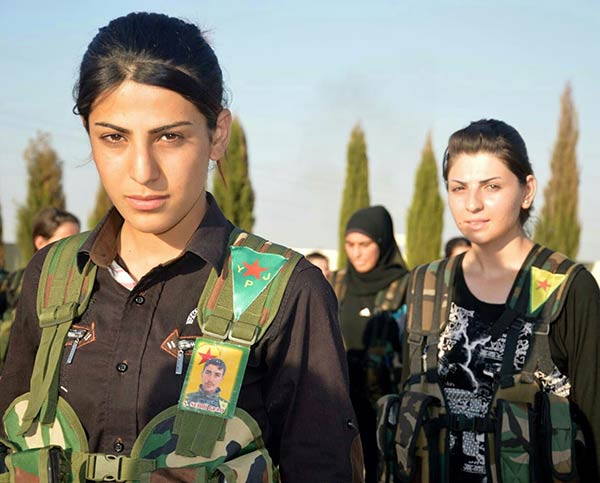 These ladies are badass

The YPJ is made up of a mixture Kurds, Arabs, Assyrians, Circassians, and foreign volunteers. The organisation grew out of the Kurdish resistance movement and in late 2014, they had around 10,000 fighters between the ages of 18 and 40 but by November of last year, that number had reportedly risen to over 20,000. 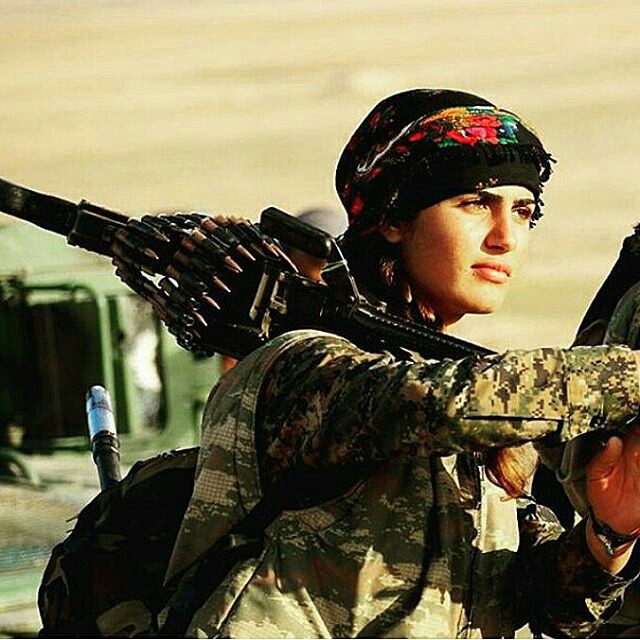 The group has come under increased attacks from ISIS recently but its fighters have seen too much sh*t to be afraid of those wank*rs. Nowadays, they laugh in the face of bullets…

THIS IS BLOODY UNBELIEVABLE! CHECK THIS SH*T OUT: