Dude Gets Kicked Out of Slayer Concert – Tries To Swim Back In!

Whether you’re a fan of the heavy stuff or not, you can’t deny that Slayer’s fans go the extra mile for their enjoyment of the band. With the titans of heavy metal playing their farewell tour, those fans are likely to do whatever it takes to see the band play one last time. So when one fan was ejected by security, he did the only thing he could: He tried to swim back in!

Love ‘em or hate ‘em, Slayer are one of the legendary bands of the metal world. Since 1983 they’ve been at its hallowed point. That’s 35 years punishing fans with some of the hardest, fastest, most aggressive music the world has to offer. Their songs include classics like Reign in Blood, Seasons in the Abyss, Angel of Death, Mandatory Suicide and Dead Skin Mask, but now, they’re finally calling it a day. 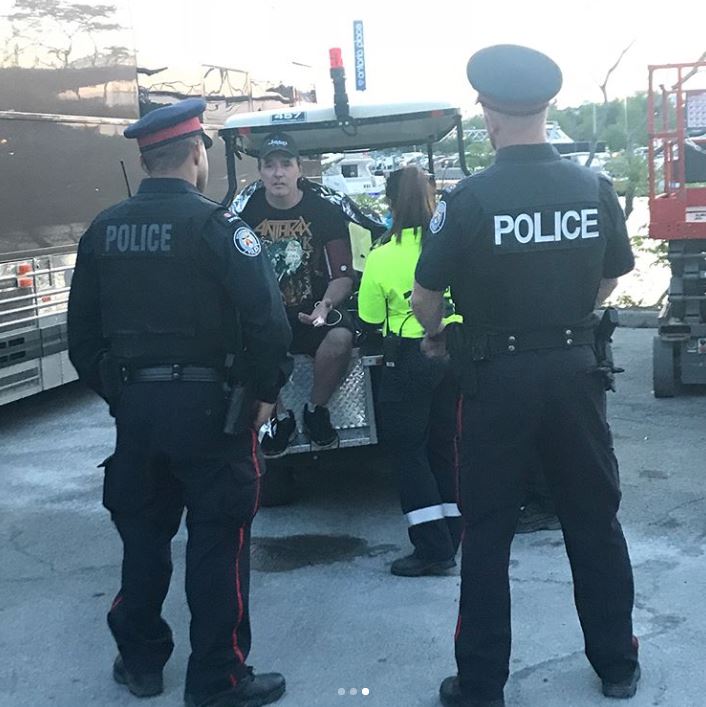 “Take him to the Altar of Sacrifice.” Credit: Scott Ian

In that case, it only makes sense that one bloke thought yeah-nah, f**k that sh*t, when he was kicked out of their final show in Toronto. Chris LaRocque had had a few. He was enjoying the blast-beats and the solos and he was headbanging and moshpitting like a crazed mofo when security decided gave him the boot. The worst part – this was during the first act! 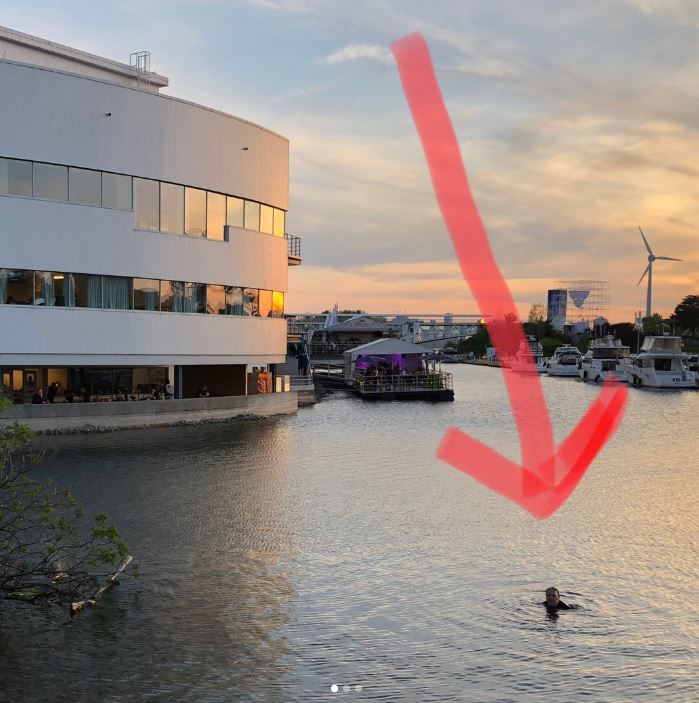 This water should Cleanse the Soul. Credit: Scott Ian

The crazy b*stard decided there was only one thing left to do. Swim back into the show. It didn’t matter that the river was cold and polluted as f**k, he had a slayer gig to watch. “I was a little inebriated, not like fall-down drunk or nothing, but I was feeling pretty good,” he told Exclaim. “I was worried about getting my junk in the water and freezing. I wasn’t going fast. I was just trying to be incognito. I had my camouflage hat on, so I thought that might help.” Yeah…right…

Scott Ian, famed Anthrax guitarist, snapped a photo of the dedicated metalhead’s efforts. Unfortunately for Chris, security met him when he reached dry land and kicked the poor f**k out again. Still, it wasn’t all to no avail. Thanks to his dedication, the band gave him tickets to see the recently announced farewell shows in London. 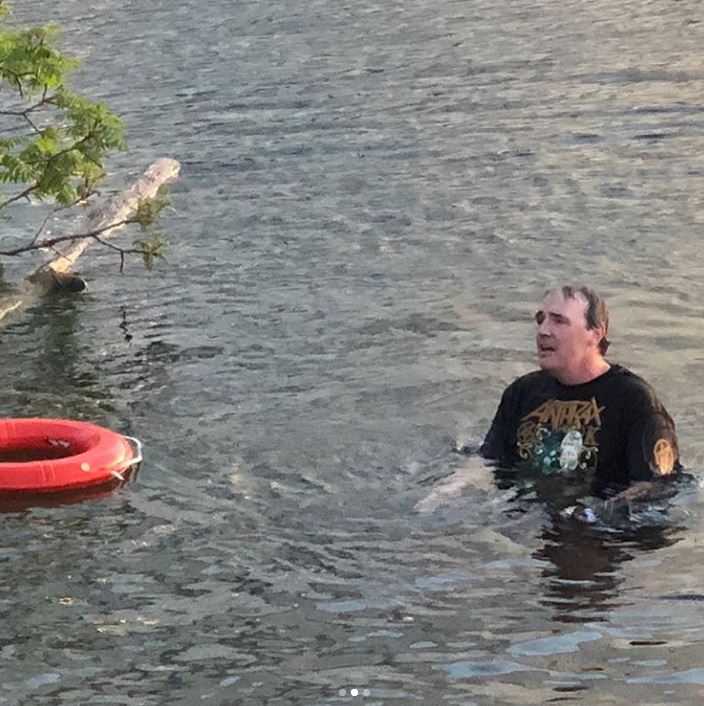 Final thought: Slayer. They’re a little bit out there for plenty of folks, but regardless of that, it’s hard not to see that level of dedication and just think, nah-yeah, this beer’s for you, ya crazy b*stard.