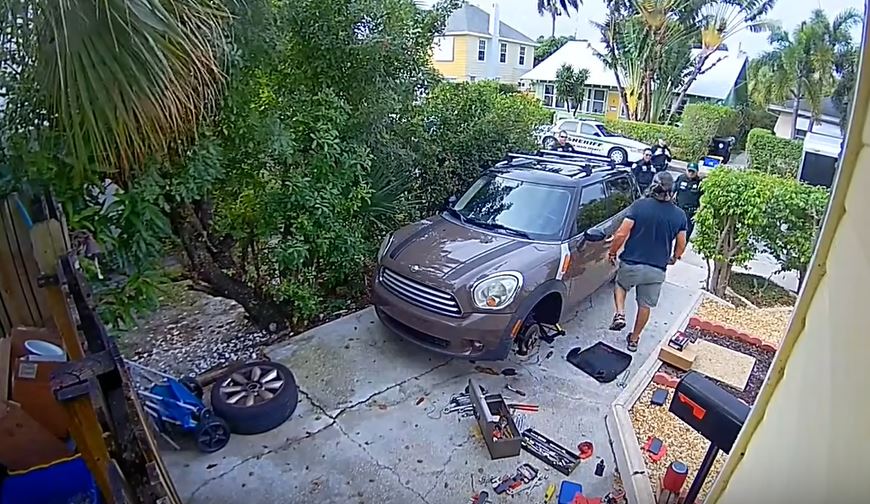 Sometimes in life, you’ve got to ask yourself what you do when you’re confronted with specific situations. Take for example, this scenario: you hear a woman screaming, “Help! Help! Let me out!” What do you do? Do you call the cops? Do you investigate? Or do you mind your own business so that you don’t end up in the same situation? It’s a bit of a doozy, and it was one that was asked of a Florida neighbourhood recently. Here’s how it unfolded…

For this one, we’re taking wing and heading to Lake Worth Beach in Palm Beach County.

That’s where neighbours were treated to the startling sound of distressed cries for help. Yeah, nah, they were going about their business when the tormented screams of, “Help! Help! Let me out!” began. Fortunately, they knew exactly where the cries were coming from.

These neighbours were good enough to call the cops. We know some of you will probably reckon they’re just nosy buggers, but we reckon those are the neighbours you want. Well, if you don’t have real captives screaming for help. If you do, you probably want less nosy ones. Having not been in that situation, we can’t really say.

Anyway, the cops rocked up. As you can see, the owner of the house takes it all pretty well. “I’ll bring the screamer out to you,” he says. From there, he disappears into the house, where we can only assume he silences his real captive before getting the parrot out of his cage. Yeah, nah, those cops need to read Boy’s Life. The parrot’s a witness. 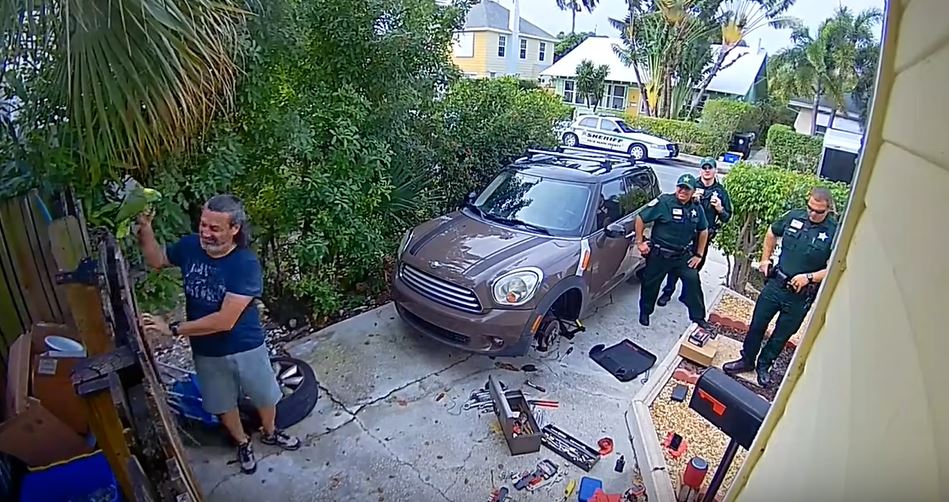 Satisfied with the guy’s explanation, and wooed by the parrot’s charms, the cops head off to go about their business. According to the Palm Beach County Sheriff’s Office, the unnamed owner of the parrot said:

“Sometimes Rambo yells ‘help, help, let me out’. Something I taught him when I was a kid and Rambo lived in a cage.” 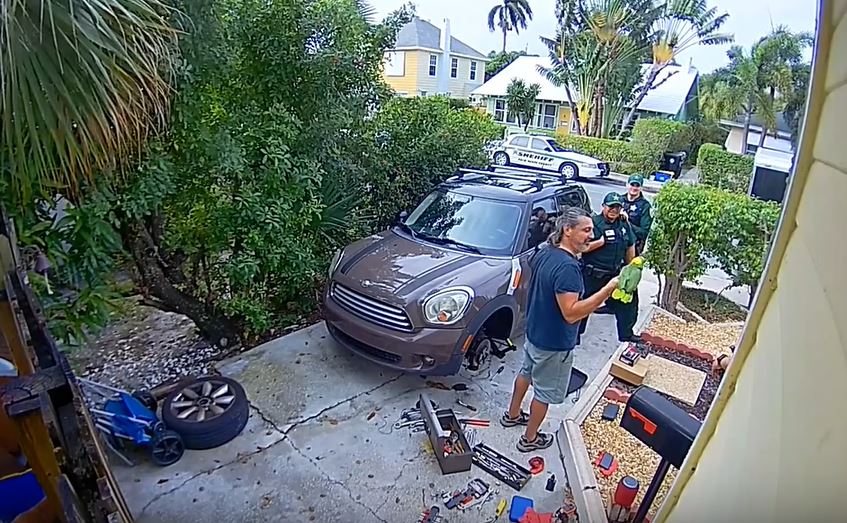 Final thought: We just keep getting stories with moral lessons lately. We bloody love that. This is one for you whippersnappers. If you’ve got a young parrot, remember it’ll live for a really f**ken long time, so if you teach it to say s**t just to annoy your parents or because your teenage self thinks it’s funny, you’ll be dealing with it when you’re an adult.