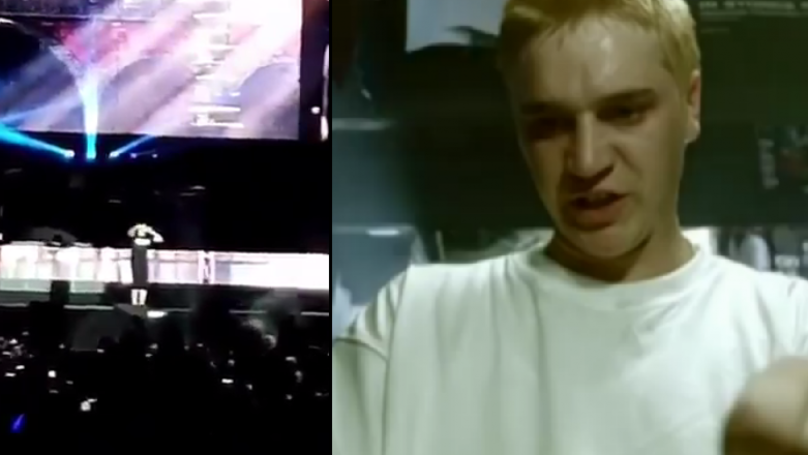 No one likes to forget sh**. Nevertheless, it happens to the best of us. Here’s a few things I’ve forgotten in recent weeks: important documents for a meeting at work, keys to office, wallet; and perhaps most dangerously a phone-call to let the missus know I was having a couple of brewskis after work. 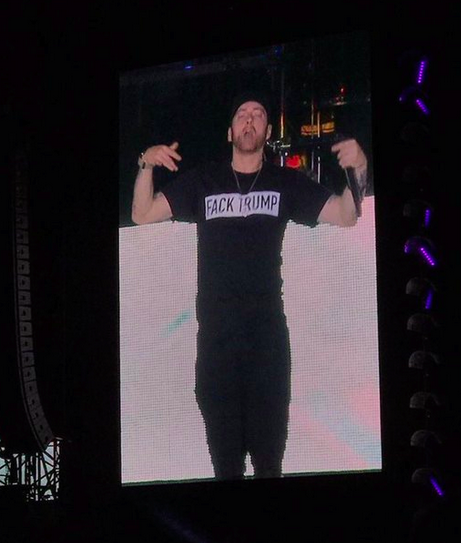 Fack Trump? Only if he lets you grab him by the pussy, I say. (Credit: Rapdirect)

Still, although we all know what it’s like to forget something we need for work – or the continued permission to keep our balls out of the wife’s purse – none of us have got a bloody thing on forgetful old Eminem. 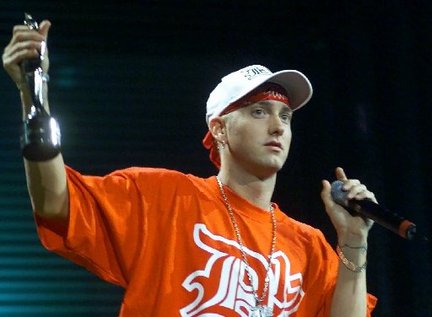 Yep. Turns out everyone’s favourite hip-hop star is getting a bit forgetful in his old age. And yeah, I’m serious, he’s getting on and so are you: his debut album came out in 1996 – 21 years ago – and his commercial breakthrough came in only 3 years later. It’s about time you took off the bandana, grew out the bleach and got rid of the baggy pants, ya bogan.

So maybe we should forgive Marshall for his balls-up during a live performance of Stan in front of 35,000 Scotsmen (and women). Then again, maybe not. Even though it’s pretty minor and he seems to make light of it in the video below, it’s pretty much one of his most famous songs and kids who weren’t even born when it came out know every single word to it.

For what it’s worth, young Slim Shady was notorious for his love of mind-bending substances so maybe we should take this as a lesson. If you want to remember important shit when you’re in your mid 40s, stop tripping balls. 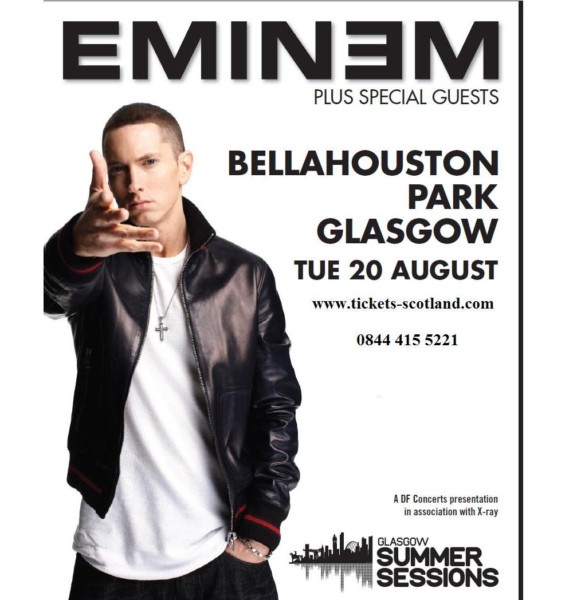 It’s the only way you can protect yourself from looking foolish in front of a stadium full of Scots.

Watch the video below and make your own mind up. Do ya reckon we give him a pass, or is this a bit sh** on his part.