The bigfoot! The sasquatch! The abominable f**ken snowman! You’ve probably heard of these famous bloody cryptids. Most people have. What you might not realise is that we’ve got our own version here in Ozzyland. Nah, yeah, too f**ken right we have. We call our big hairy missing link mother**ker, the yowie, and just like your ones, they’re supposedly reclusive and rare as hen’s teeth.

It makes sense though, right? Ozzyland is one of those really bloody big countries with massive swathes of remote and uninhabited woodland and forest. When you add the fact that our First Nations People also tell tales of the ‘hairy-men’ you may as well take it as f**ken gospel that our yowies bloody well exist. 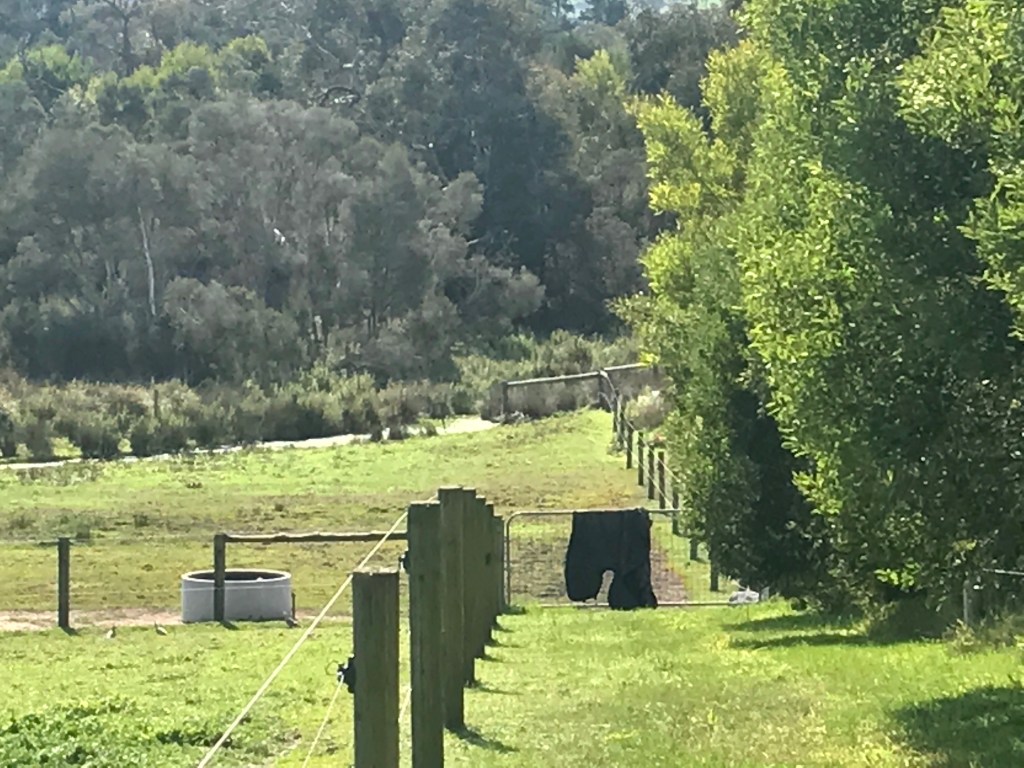 The area where the bloody yowie was chilling. Credit: David X

Keep that in mind when you hear this next story. It’s about a bloke in a town called Bunyip (another mythological Australian monster for what it’s worth), who reckons a f**ken yowie was hanging out with his horses. Now, in the interests of fairness to this bloke, he didn’t want to give the Fortean Times his real name and he didn’t get any photos of the bloody thing. He did, however, draw it. That’s just as good, right? 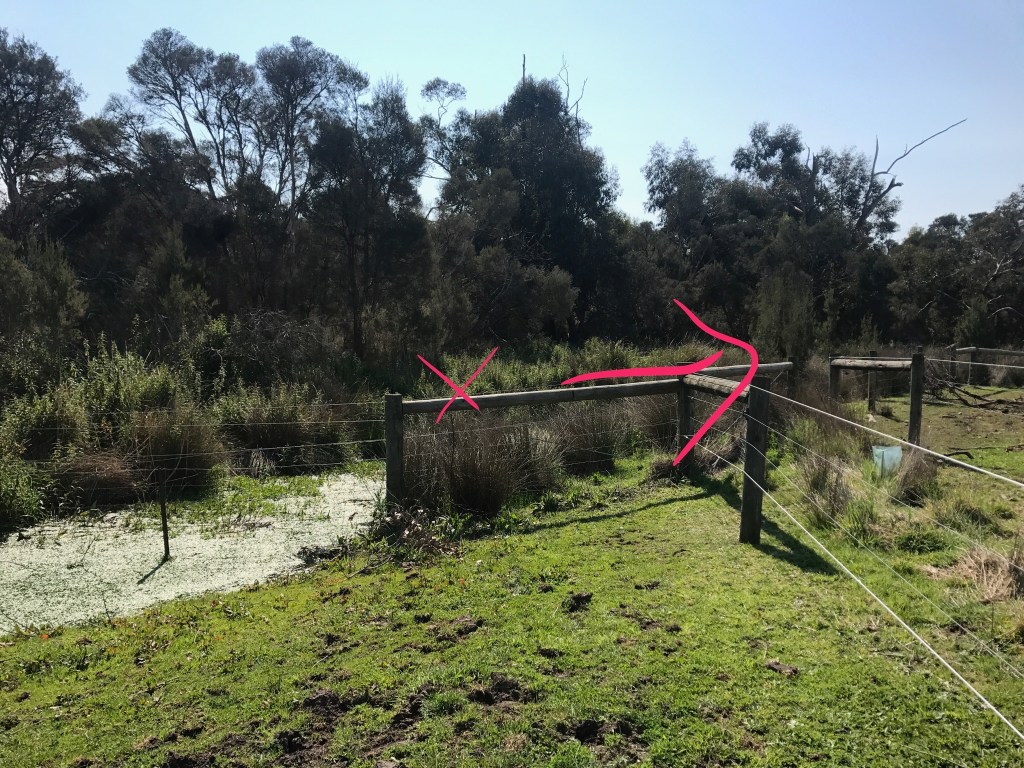 If you look at this for ages and ages you can just make it out. Credit: David X

So, Mr X was apparently walking down to the paddock to see his horses in what is, by all accounts, an area with a lot of trees and scrub. It’s not unusual for David to see wallabies amongst his horses, but on September 10, he saw something a bit different.

“There was something on the other side [of the fence] behind the horses – I could see its head and [right] shoulder. The horses are about 15 hands – about 1.5 metres tall – and this thing was head and shoulders above them. I was about 50 metres away and I could see it clearly from about eight inches below the shoulder up to the head and neck. I’ve never seen anything that tall and humanlike.” 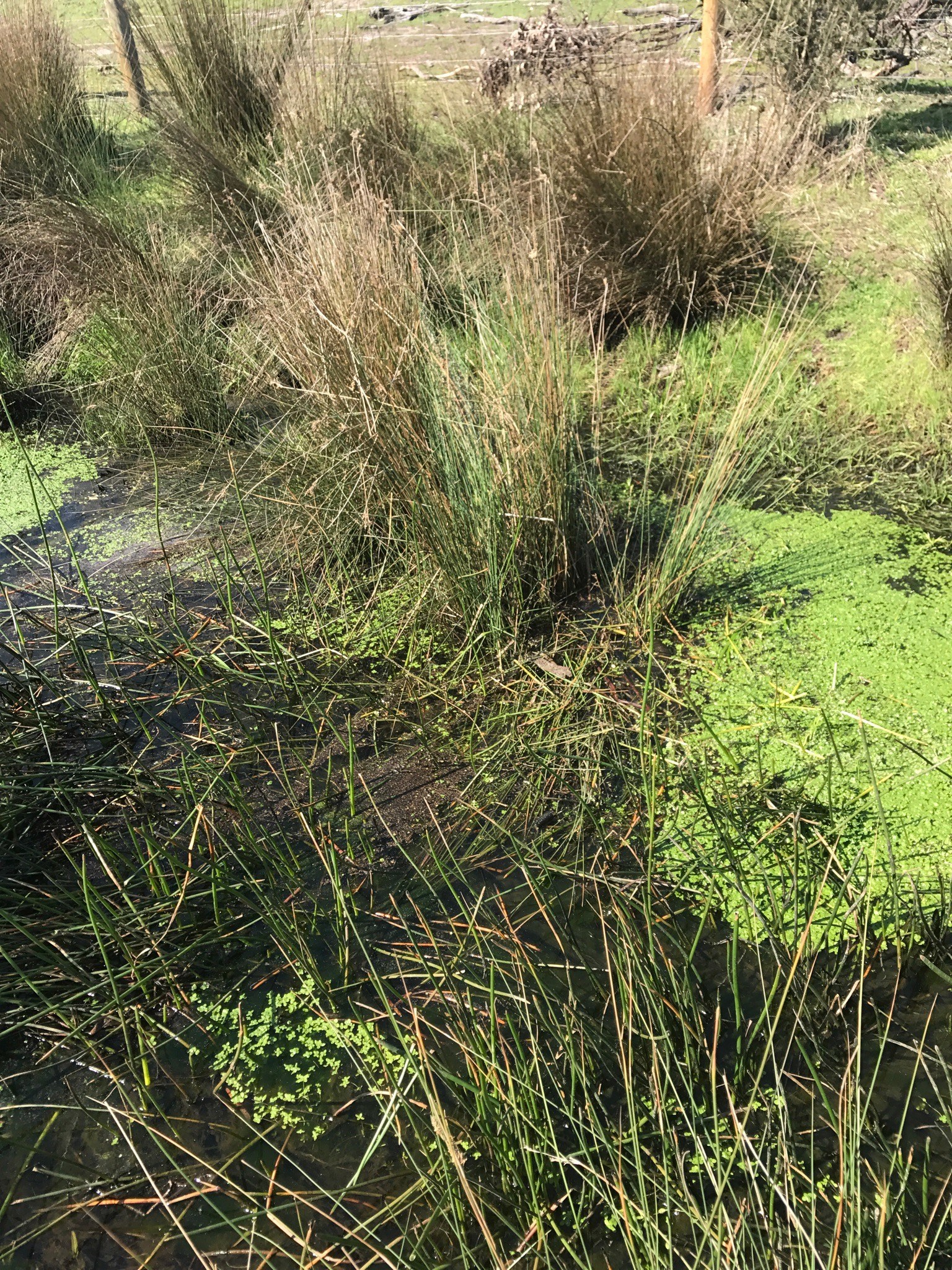 I was totally bullsh**ting you in the last caption. There’s nothing in there. This is where Davo X reckons the thing was having a bit of a paddle. Credit: David X

If that were me, I’d pack me f**ken dacks and get the hell out of there! Anyway, he goes on…

“The hair was not shaggy and not too short, over the whole body [but] I reckon it didn’t have hair on its ear – there was a shiny area on the side of the head that I assume was its ear – it was quite shiny and black. I couldn’t see whether it had a flat face – a flat or a pointy nose…I just continued down the laneway, until I got to a gate on the right, where there’s a gap in the tree guard. I popped my head out there, hoping to see it moving further along the fence line, but no – there was nothing there: gone.”

Talk about a bloody mystery. There one minute, gone the next! Anyway, there’s a creek running along David’s fence and he reckons the bloody yowie had been wading through it! “It’s a slow flowing creek, with a lot of weed in it, and I could see where something had passed through the water … through the reeds and weeds, from one side to the other. [So] what I saw would have been about two feet taller than [it first appeared], in the vicinity of eight foot. The creek banks are quite dry. I looked for footprints but couldn’t find anything.”

F**k me, no photos, no real name, no footprints. It’s a bona fide conundrum this one. Nevertheless, Davo did sketch what he saw – and apparently – the sketch is enough to declare him credible. The yowie he’s drawn doesn’t look like any drawn before, and if he was bullsh**ting he’d draw one that we’re all familiar with. 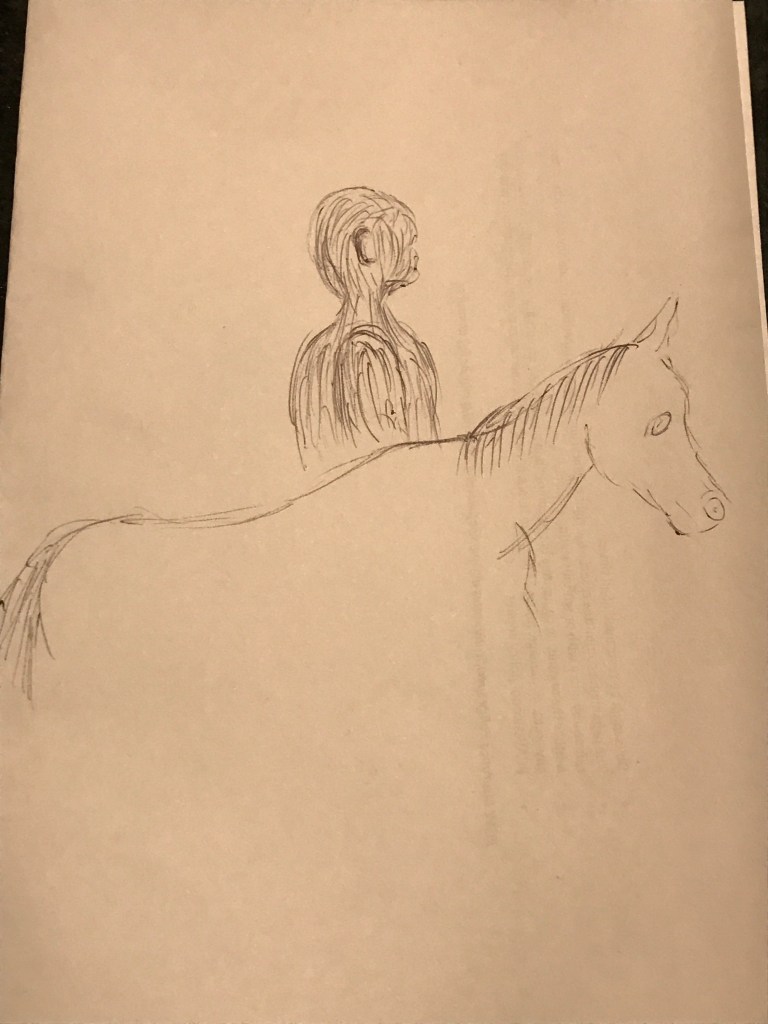 Here’s his rendition of it. For some reason he’s drawn a unicorn too. Credit: David X

Final thought: We really need the X-Files theme tune to play here, but whether you think David X is full of it or not, you can’t deny that we all love an ‘unexplained mystery’. If there’s one thing we can lament about the rapid growth of knowledge and discovery it’s the fact that we haven’t been able to solve some of these mysteries and prove once and for all that cryptids f**ken exist. In the words of Tenacious D: He is real! This footage of another sighting verifies it! Faaaarrrrkkk!!!!

Yeah, we know what you’re thinking, this crazy s**t had to happen in Russia. Funnily enough, though, you’re wrong. This one’s coming to us direct from Romania, a country renowned for its hefty bear population. Yeah, n...

Bloke shoved into canal after standing up for two swans

Mate, as you bloody well know, we’re usually pretty anti the idea that you can’t trust the kids these days. Yeah, nah, we reckon anyone who says kids are worse now than they’ve ever been is a bit of a tit. But, and we...