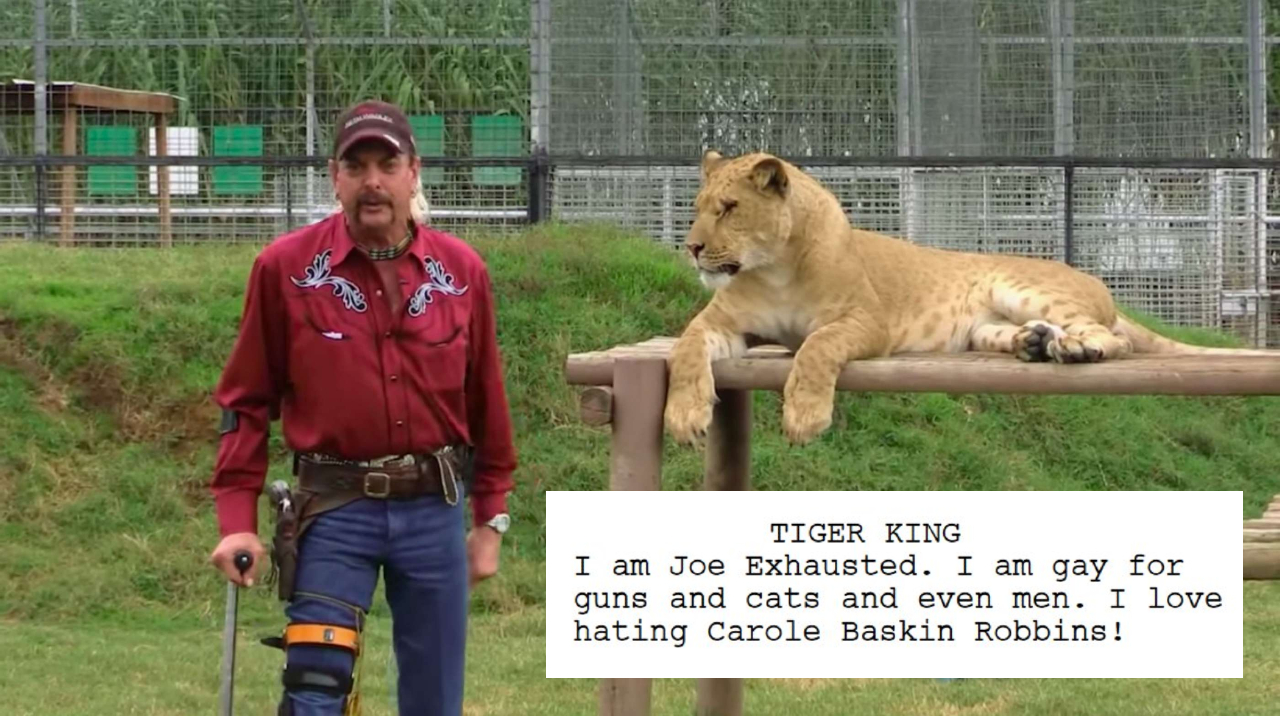 Rightio, we’re gonna guess that f**kloads of you blokes and sheilas out there in the comments section have spent a bit of time with the Tiger King lately. Deadset, that’s one show that timed its arrival on Netflix to f**en perfection. Of course, the colourful characters and wild as f**k story make this one seem like something that has to be made up, even if you know it’s not. Still, though, it’d be interesting to see what someone could do if they had to fictionalise it, right? Right?

If you looked at that last sentence and thought, f**k yeah, it would, we’re bloody with you.

So when we realised that people have already got bots trying to figure out exactly how to take the story further, we had to check it out. 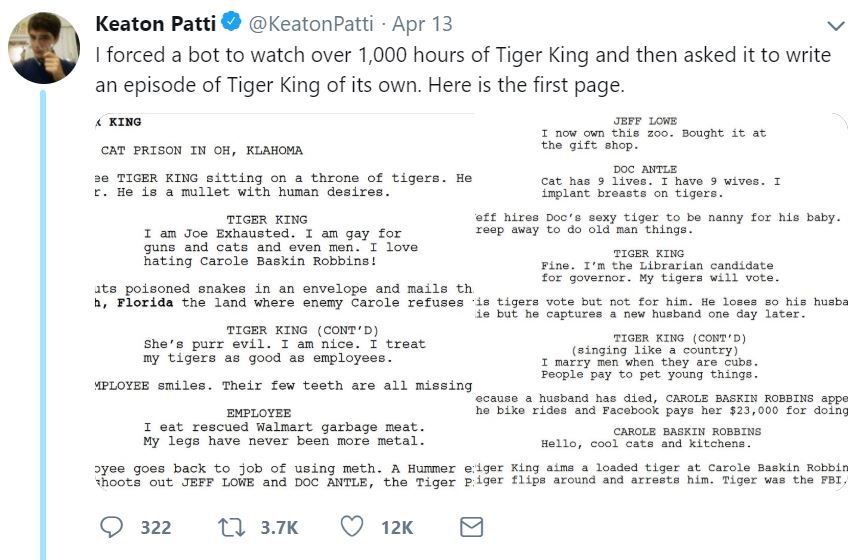 Keaton Patti is the bloke responsible for putting the bots to work, and just from a look at the script, we reckon it might just be bats**t crazy enough to work.

In a tweet that he published a couple of days ago, he shared the first page. Have a fair dinkum squiz.

“I forced a bot to watch over 1,000 hours of Tiger King and then asked it to write an episode of Tiger King of its own. Here is the first page.” 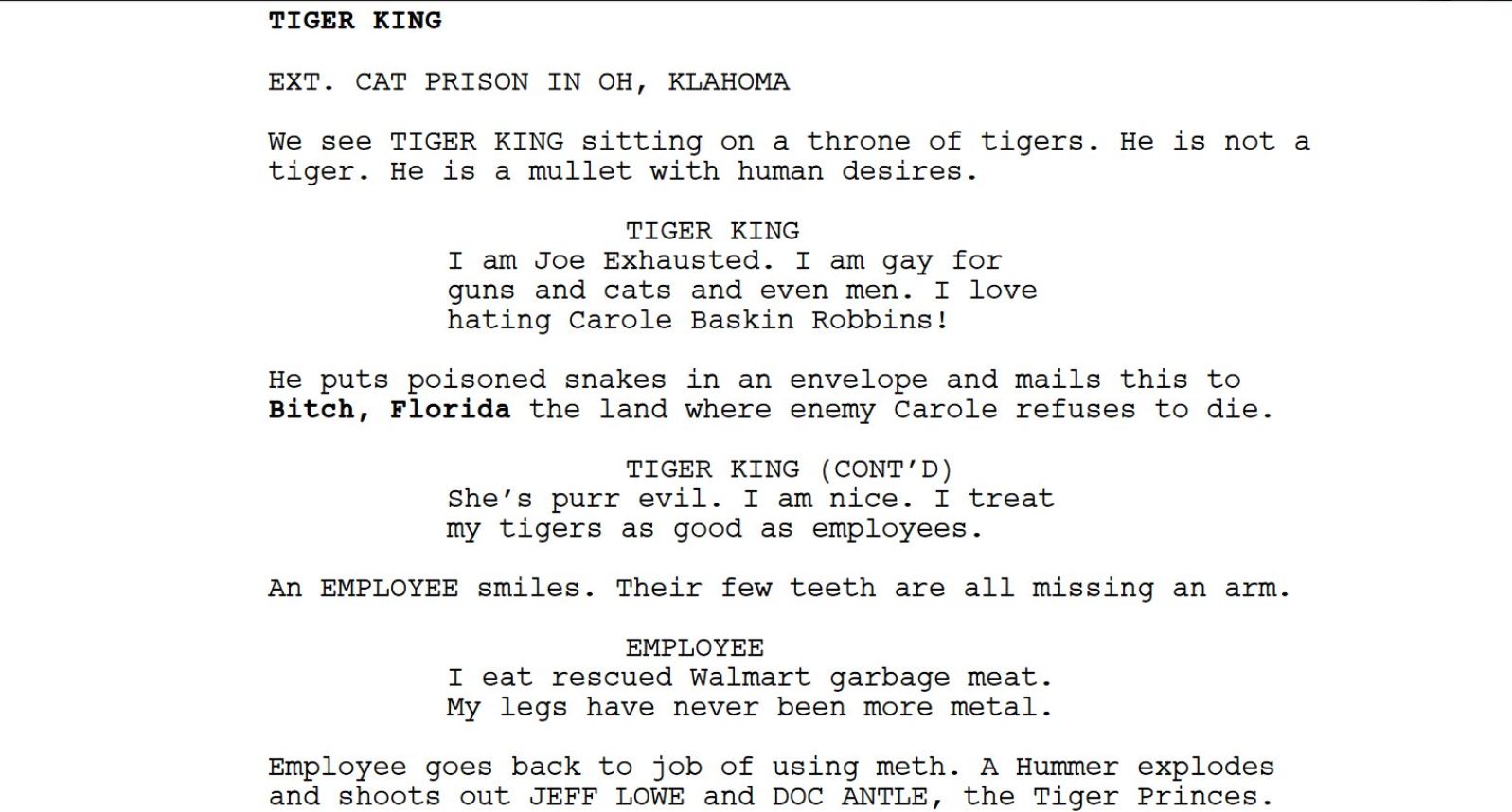 Once you get down to the first line, you know you’re in for a treat:

“We see TIGER KING sitting on a throne of tigers. He is not a tiger. He is a mullet with human desires.” 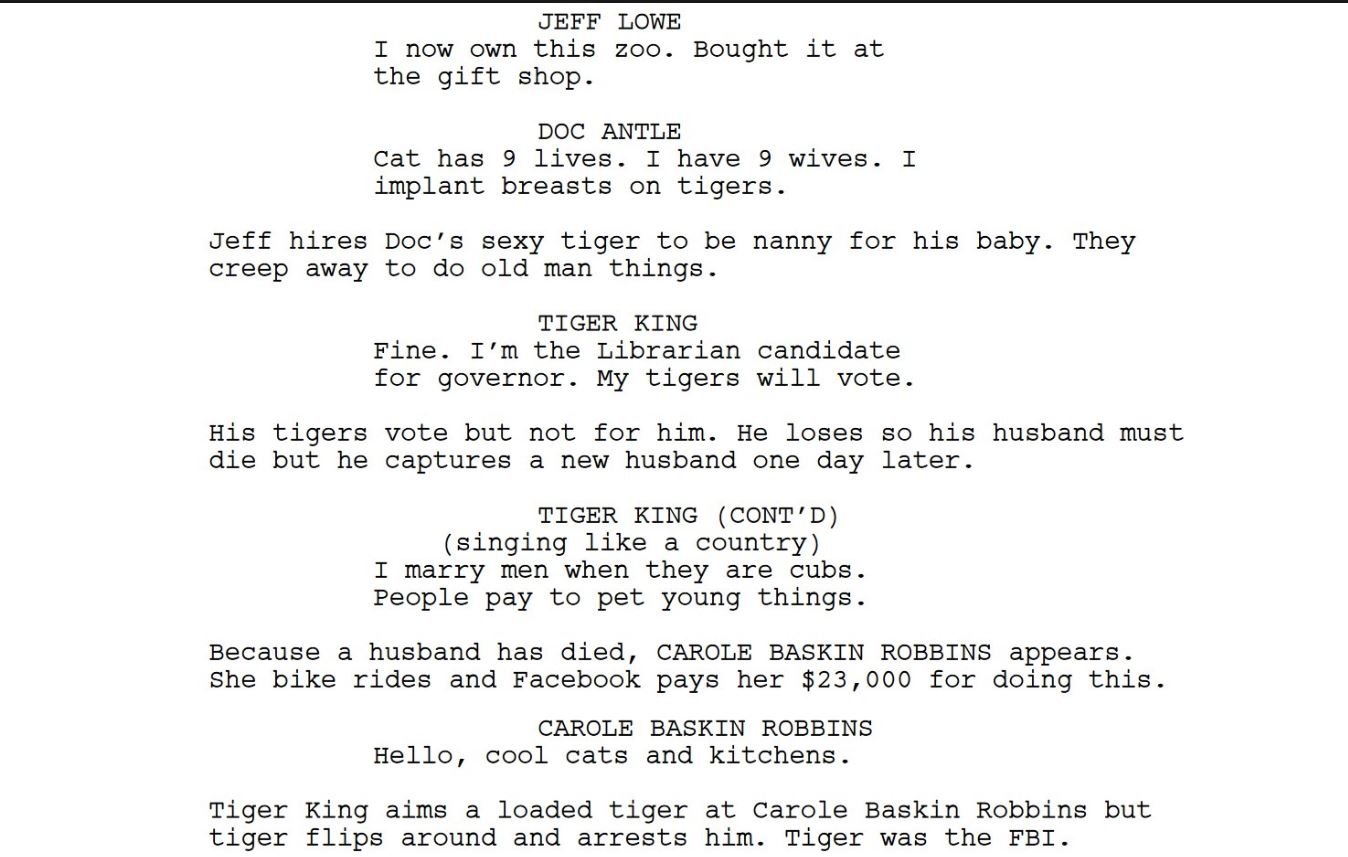 As you can see, the bloody results speak for themselves.

Final thought: Yeah, look, let’s be honest, we might be in this whole pandemic thing for a bit longer yet. Why don’t you all f**ken petition Netflix to get these made. That’d be f**ken mintox!