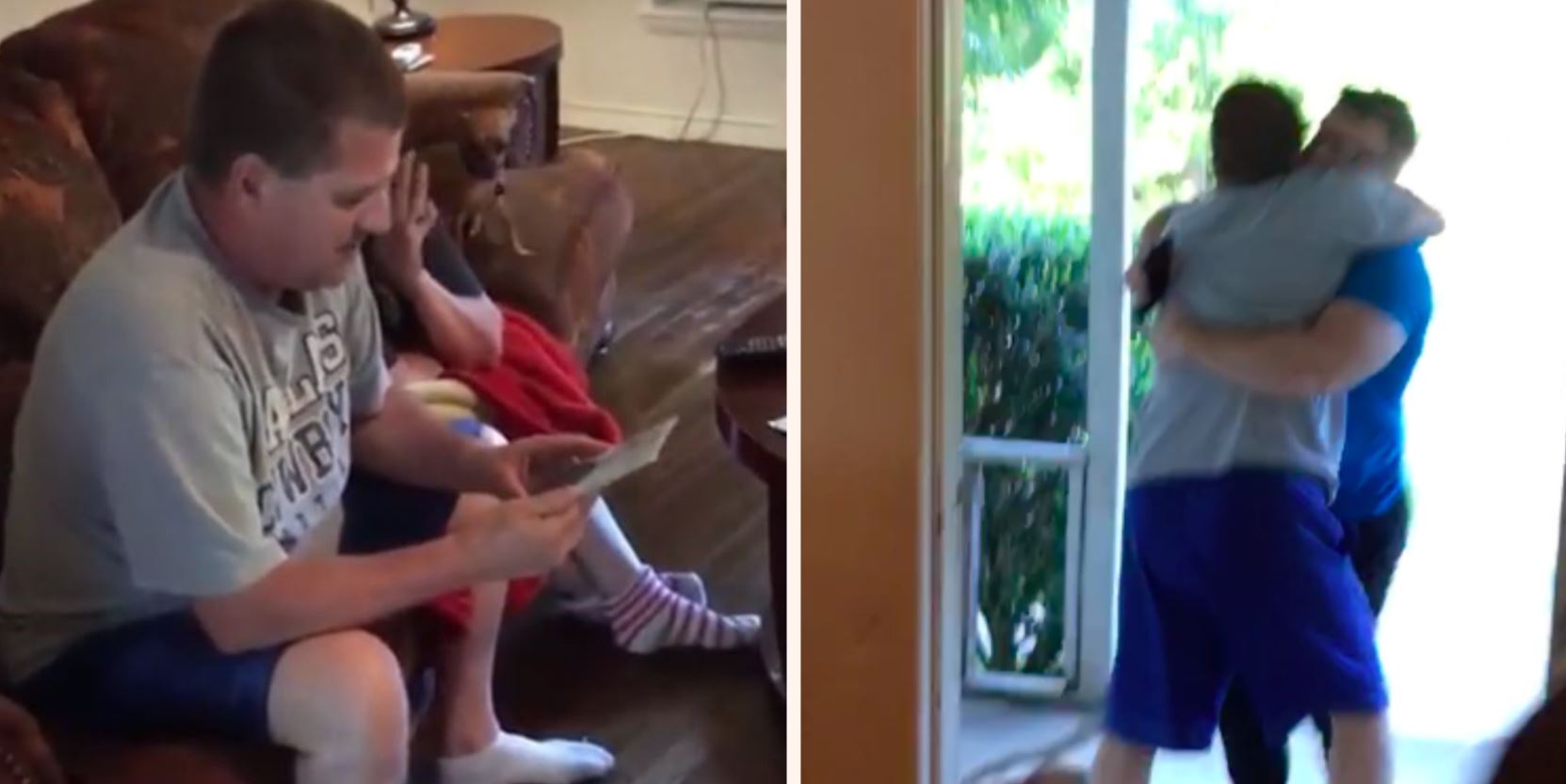 Right, before you watch this one make sure you’ve got some tissues handy – and I’m not talking about the ones you left there last night, you filthy animals. Yeah, nah, you might feel like you’ve got something in your eye after this one.

There’s nothing quite like the patriarchal bond between a father and his son. It’s a pretty f**ken special blend of love, camaraderie and roughness. So you can imagine that if you had been away with the marines for seven years or so, your old man would be pretty bloody stoked to get a card from you on Father’s Day. 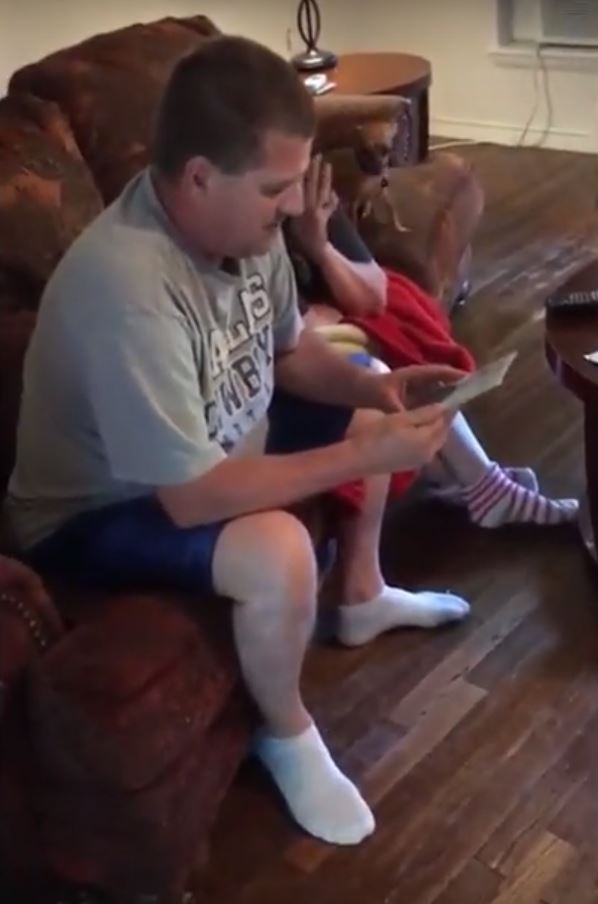 To start with Dad’s stoked just to get a card. Credit: UNILAD

Of course, he’d be a bit more stoked if he looked up from that card and saw you standing at the front door like the Prodigal son. Taylor McAuley, the 27 year-old marine in the video had cued up his brother to film his old man’s reaction to the surprise and it doesn’t disappoint!

Taylor’s brother Robee caught the emotional reaction and resulting bear hug on camera. He told UNILAD, “My brother came home the military and drove home 17 hours to surprise my dad for Father’s Day. My brother (the one in the video getting hugged) had made it seem like he was still in North Carolina.” 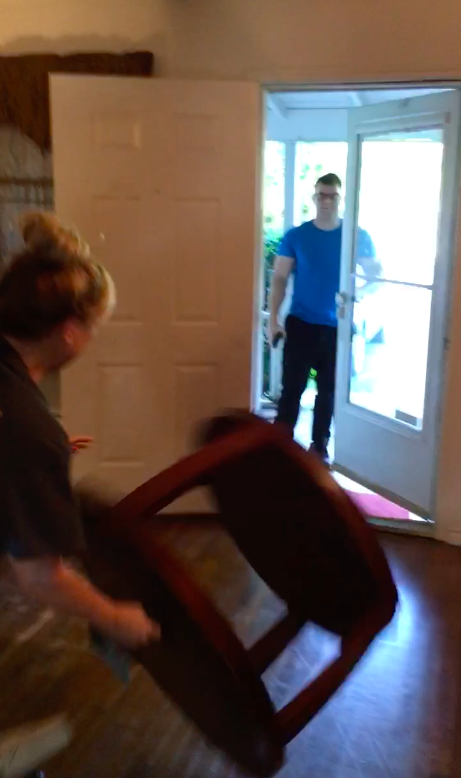 When the surprise kicks in he flips the f**ken table! Credit: UNILAD

Robee had his old man read a card Taylor had prepared earlier and then texted ‘now’ to his brother. That’s when Taylor made his way to the front door. The emotional father flips the bloody coffee table like a tiddlywink, and locks his son in a massive hug.

Taylor told UNILAD, “I wasn’t sure how it was going to go. I drove 17 hours to get back home so my head was all over the place. I was in contact with my parents before I got to the house and made it seem like I was still in North Carolina because I really wanted them to be surprised, but also to keep tabs on them so the plan would go well. It was Father’s Day, so I knew it would be intense and on the way back I got a pretty heartfelt message from my dad. When I read it, I thought ‘oh man’, that’s why in the video he called me a son of a bitch. I gave Robee a card to give to him, so the one he’s reading in the video is from me but he didn’t get the chance to read it on camera because I walked up to the door too quickly.”

The results are plain to see. 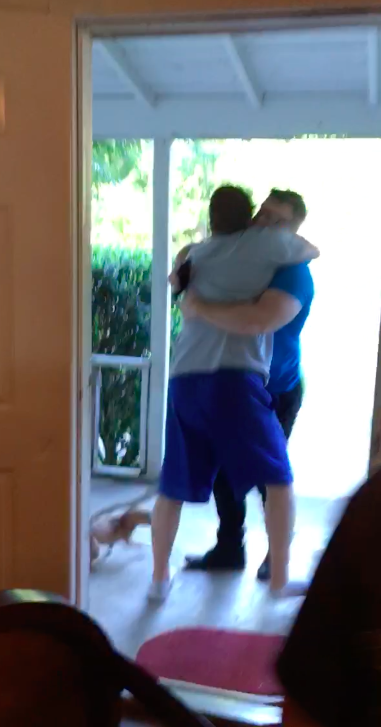 “Give me a hug, you son of a bitch!” Credit: UNILAD

Final thought: This is bloody great. There’s nothing better than an explosion of poor joy, and Mum, Dad – and the dog – are all over the f**ken moon to see Taylor back at home. Well done on setting up the surprise, boys. Good sh*t.

One of the more interesting aspects of 2020 has been the reaction to the 5G rollout. Yeah, nah, these days, you just can’t do anything without conspiracy nuts thinking you’re up to something, and when the 5G towers st...