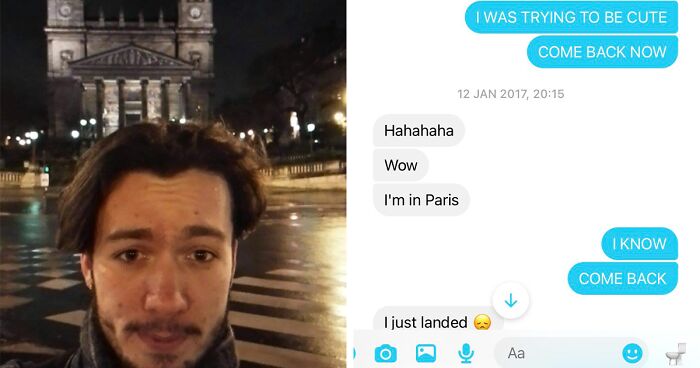 Cutesy couples. We all know one. At least one. And you know what, we bloody love ‘em. Don’t get us wrong, they do make us gag sometimes, but they also remind us that all is right in the world and that no matter the geopolitical state of things, the looming climate catastrophe, or the ongoing pandemic, love really is a conquering force.

Of course, what makes a cutesy couple even better is when there’s a big goofy streak running through the relationship. Deadset, when that s**t comes into play, you get some comedy gold, and one sheila has recently shared a tweet that proves her relationship is cutesy and goofy.

Salma Saade is the sheila who shared the tweet. It recalls an epic fail that could literally form the plot of a rom-com. “Happy 4 year anniversary to when I flew to Edinburgh to surprise Finlay and he flew to Paris to surprise me and this is why we don’t do surprises anymore,” she wrote. 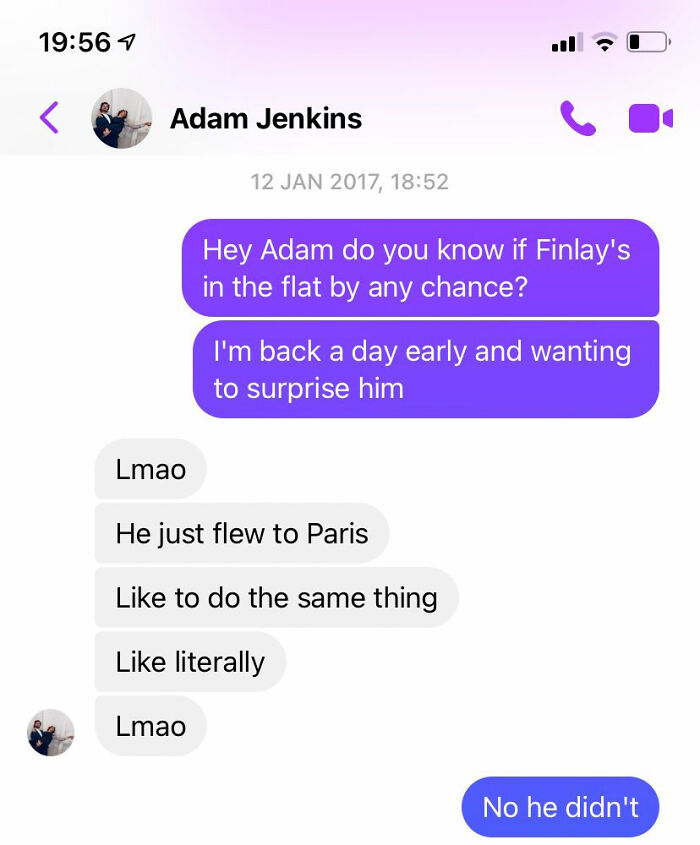 As you’ll see in the screengrabs accompanying this one, it’s a tale so farcical it has to be seen to be believed. Obviously, the story told in her tweet is straight-forward enough, but as you can see from the conversations with friends on their Facebook and in text messages, this s**t was par for the course. 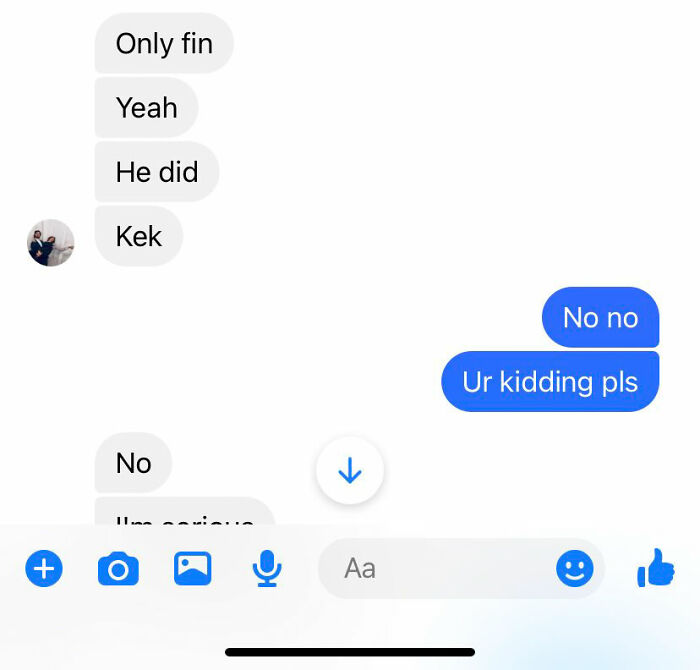 Have a go at the exchange between Salma and Finlay’s mate Adam:

“Hey Adam do you know if Finlay’s in the flat by chance? I’m back a day early and wanting to surprise him.”

“No he didn’t,” Salma responds.

“Only Fin…” Adam says. And it’s that, ‘of course this happened to Fin’ that sums this s**t up best of all. 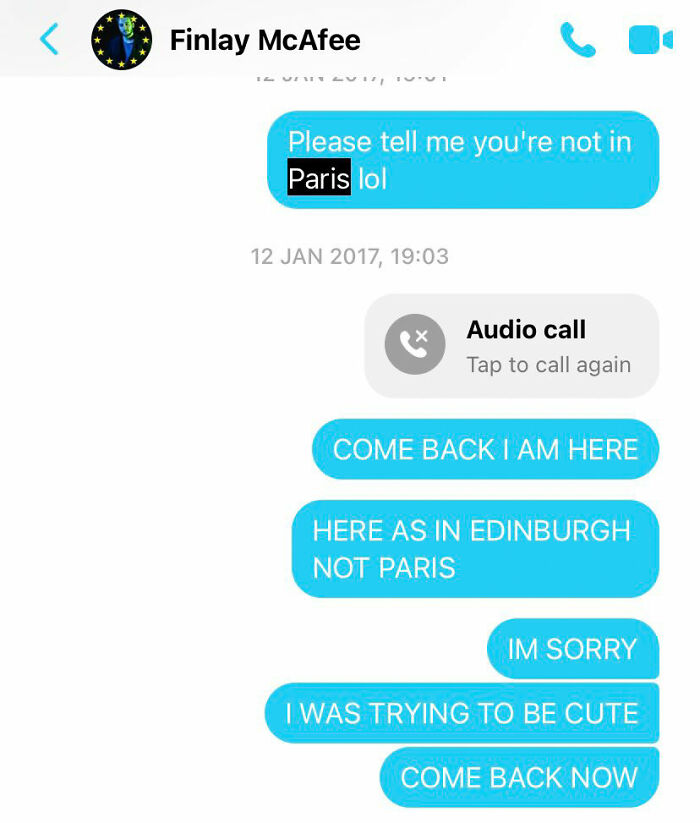 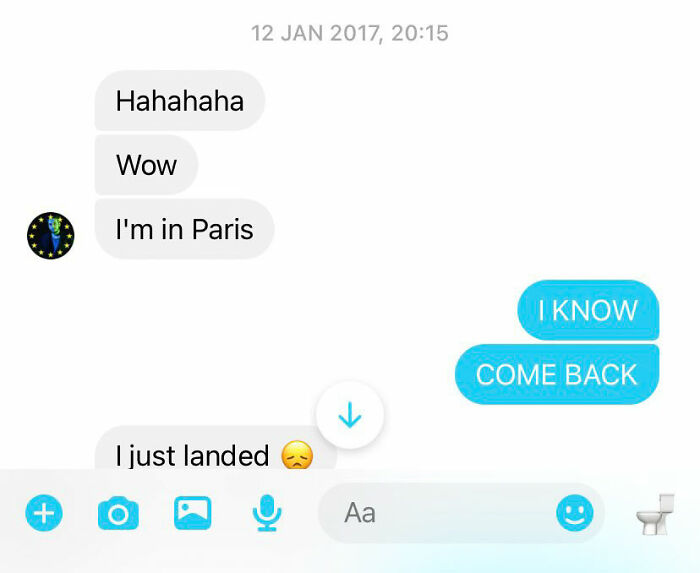 And when you go to his Facebook post, asking if anyone was about because he had twelve hours to kill before he could head back, his mates were just like, “You two are clearly soulmates.” 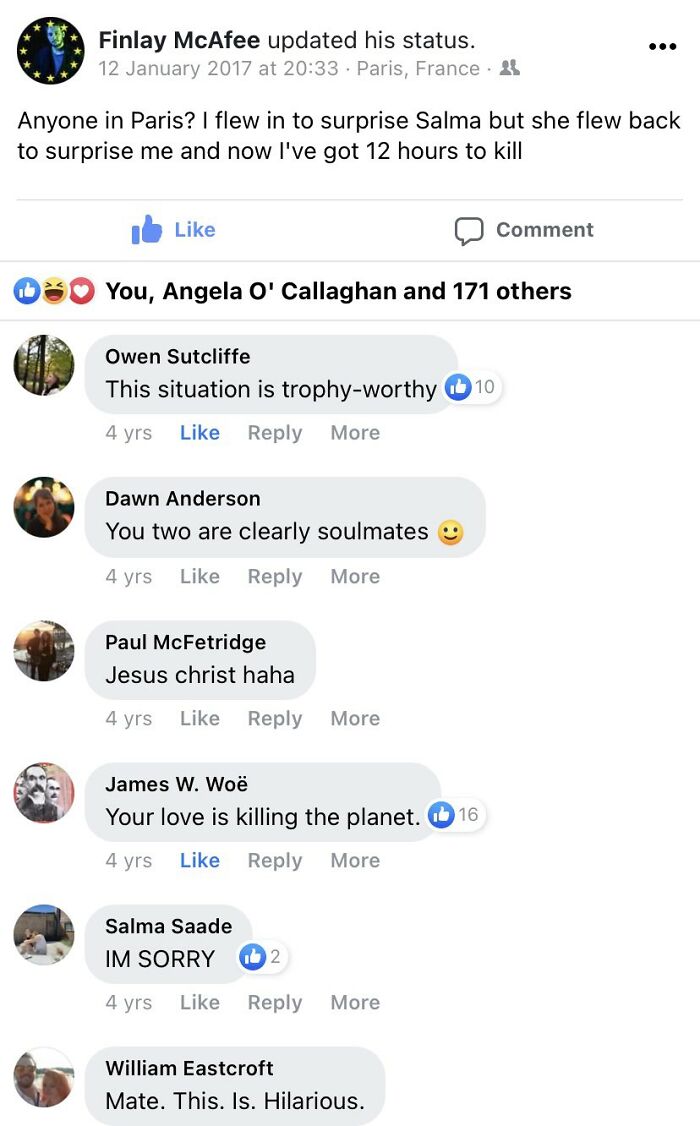 Final thought: Yeah, this is a bloody tops story and we love it. If you know a couple this could happen to, tag ‘em in the comments and stitch ‘em up. S**t, if you’ve got any good stories, let us know! See you there!