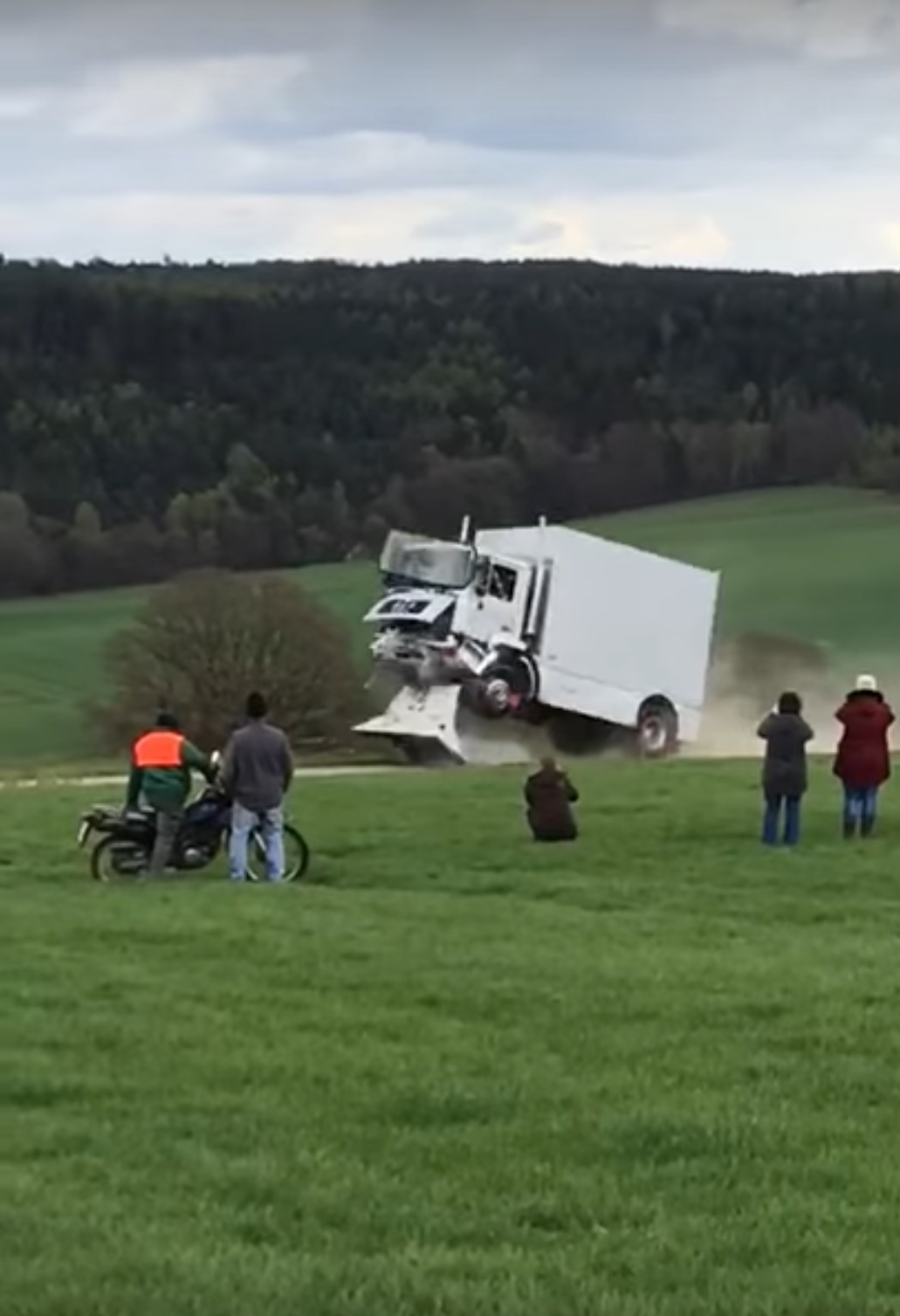 Watch How A Brand New Anti-Terror Barrier Can Protect Crowds From Truck Attacks!!

With the threat of terrorism seemingly on the rise, there’s been a big push to install anti-terror measures in areas where people gather. This is in order to prevent some of those terrible terror attacks like in Berlin and Nice, where terrorists have driven trucks into crowds. Although governments have been installing concrete blocks as barriers around key areas, it’s evident from this video that there are better options out there now! The driver of this truck was obviously told to just drive into that barrier as fast as he could. The truck ploughs into the barrier and gets some serious hang time, as the barrier rolls under the body of the truck. The cabin of the truck then slams into the ground, hard.

According to the German website HNA, the 48 year old driver was fairly seriously injured in the crash, despite the truck being fitted with a roll cage. He was airlifted to hospital and was later released and was undertaking rehabilitation. I think we can pretty safely assume that the truck came off a lot worse than they had predicted! After the truck stops moving, you can see an apparently never ending stream of men in high visibility clothing come onto the scene. For having such a heavy crew of firefighters and ambos standing by, you would’ve thought they might have given that poor driver a bit more safety equipment in that big ass cabin. I think I would definitely feel more at ease at big gatherings, if I knew I was being protected by barriers like that. This one looks heaps more bad-ass than those mediocre concrete blocks. Try to run me over now!

Check out the barrier own the truck here: