Yeah, we know what you’re thinking, this crazy s**t had to happen in Russia. Funnily enough, though, you’re wrong. This one’s coming to us direct from Romania, a country renowned for its hefty bear population. Yeah, nah, the Carpathian mountains are home to some 7,000 brown bears, making them a fairly common sight, with more than a few people getting f**ked on by the big predators in recent years. Despite that, this sheila wanted a photo with one.

As you can probably imagine, the sheila, who we’ll call Maria, didn’t have much success with her photo opp.

Obviously, the s**t’s caught on film, but it’s not really the Insta photo she was probably hoping for. 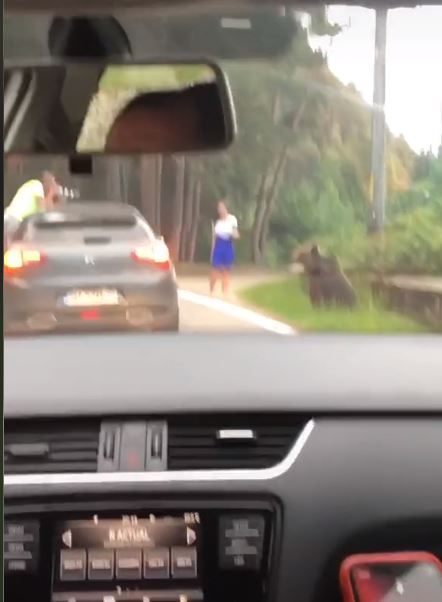 Basically, at the start of the video, you’ve got the bear on the side of the road, Maria standing beside it, and a few other locals talking about her stupidity. As soon as the bear decides she’s come too close, he f**ken lunges! 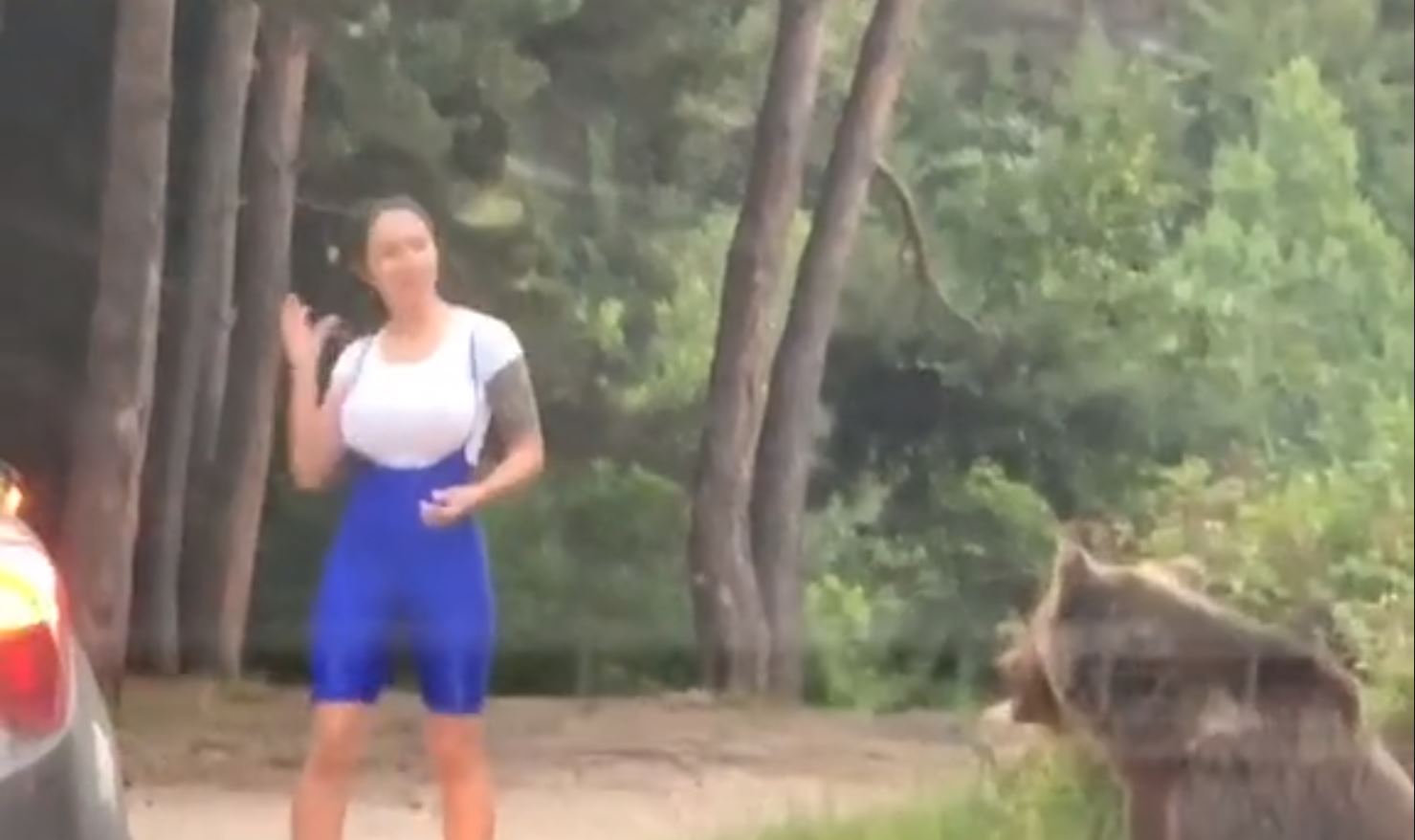 It’s pretty clear that the bear wasn’t trying to actually attack her, but it was telling her, to ‘back the f**k off,’ in no uncertain terms. From there, Maria pissbolts back to safety and the bear, stands there looking like it doesn’t give two s**ts about anyone else who might want to take a photo with it. 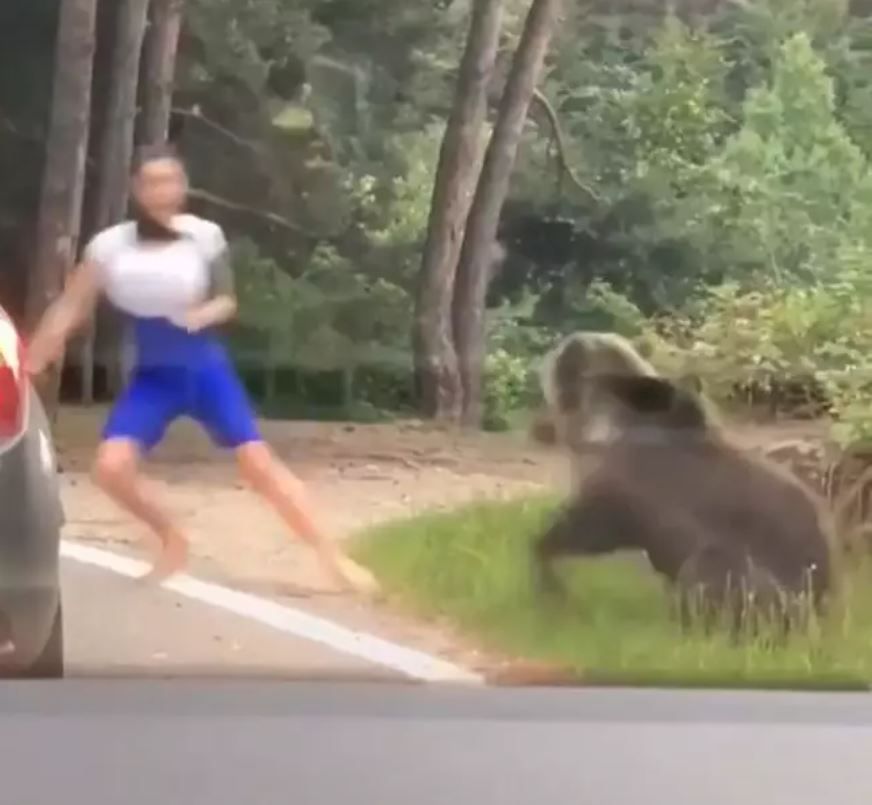 After Maria clears off, the viewers can be heard saying, “Can you see how stupid she is? Go into the car. All that risk for a picture with a bear?” 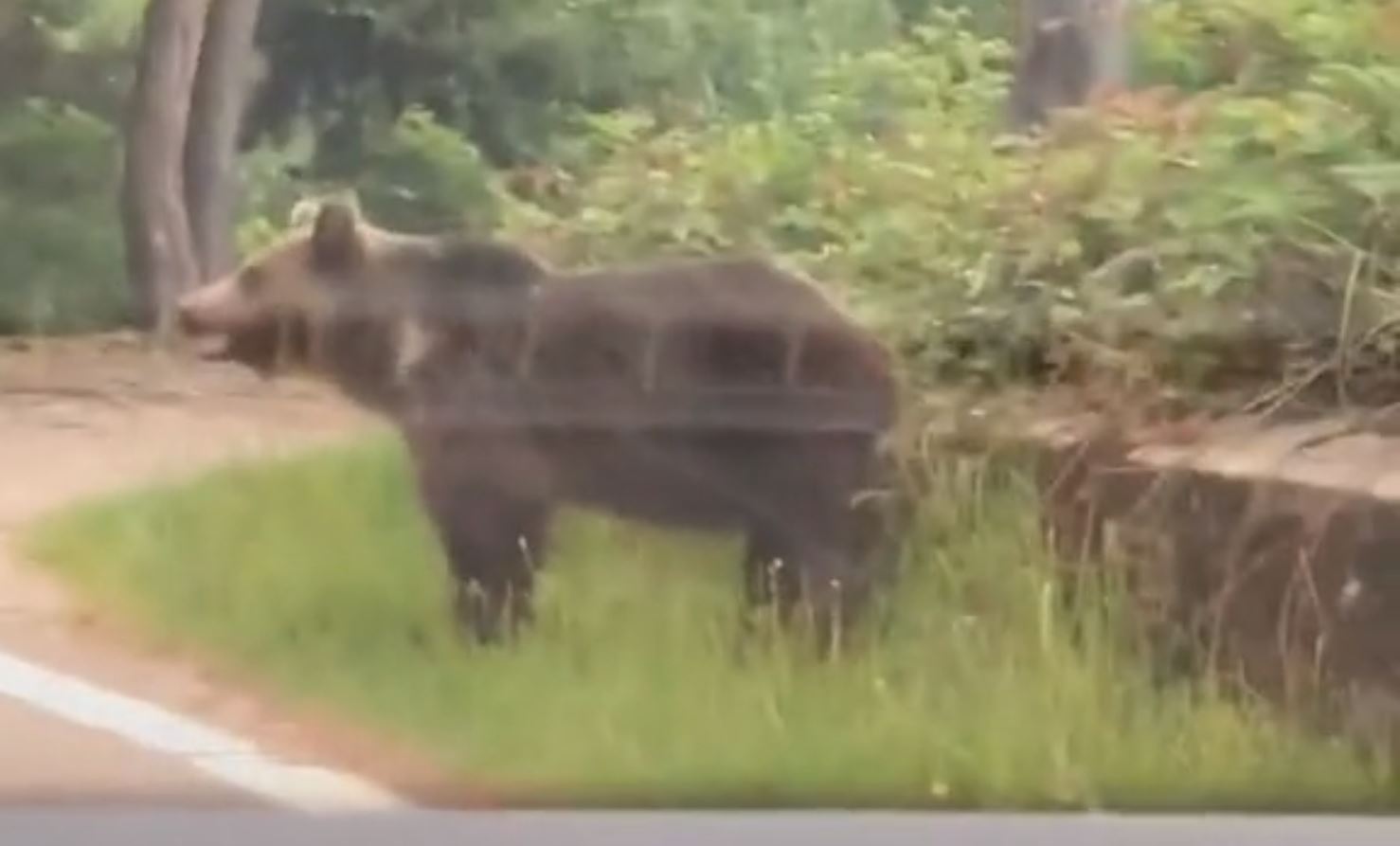 The Romanian Minister for the Environment has said, “The bear is a wild animal protected by law, not a pet. I say once again to the citizens of this country: a bear which has tasted biscuits, wafers, and feels that he can get his food in this way, will never be able to adapt to the forest again.”

Final thought: As you know, we love our wildlife, and here in ‘Straya, we’re no strangers to the dangerous stuff. What we’ll say here, though, is this: getting DiCaprioed by a bear isn’t worth the Insta shot. Just f**ken take a snap through the car window like everyone else.

Just in case you missed it, here’s one of Ozzy’s latest commentary videos…Ozzy Man Reviews: Humans Being Nice 2

We all know that bloody snakes are hungry buggers. Deadset, they don’t even chew their food. They just swallow that s**t whole. Naturally, that can lead to the occasional hiccup. Take the snake in this story for examp...