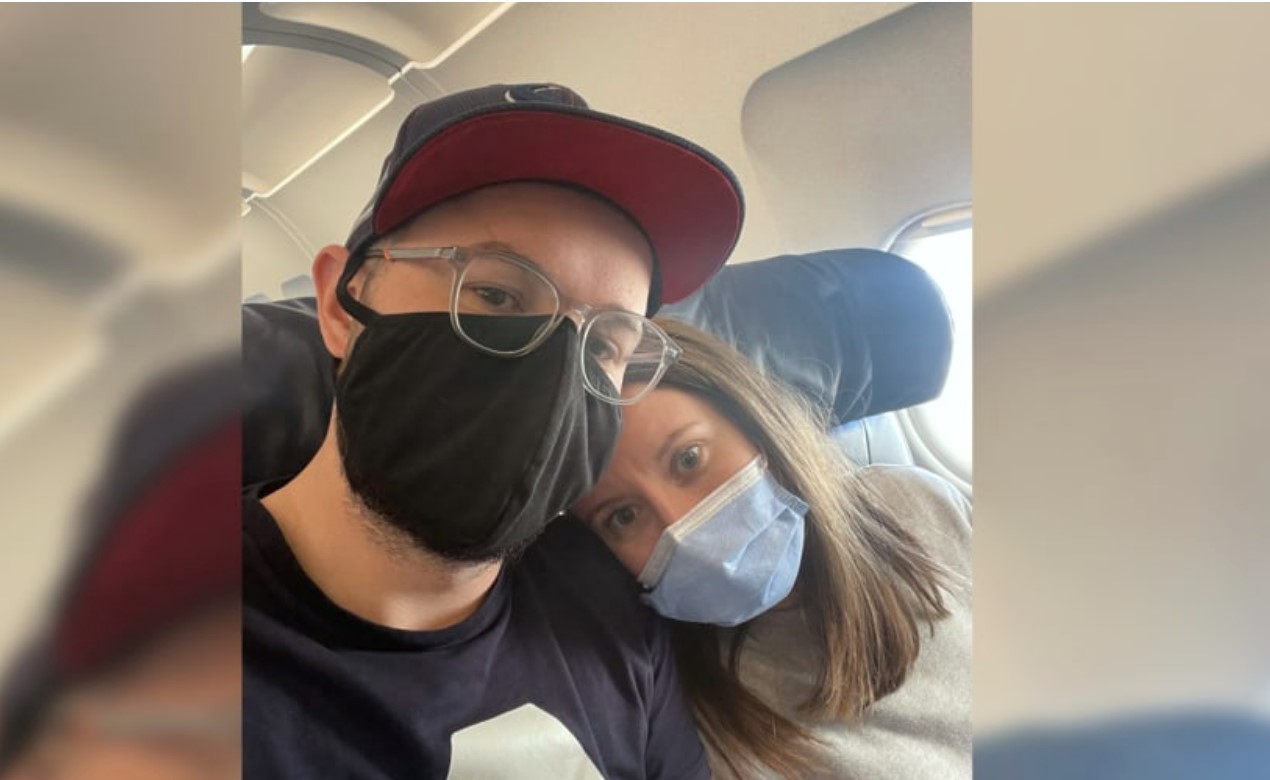 If you’ve ever had your airline luggage mislaid, delayed or straight-up left somewhere they can’t locate you’ll know how bloody stressful it can be. Deadset, when the airline only has to stick the bag on the plane and get it to the same place you’re going, it’s a real pisser when it doesn’t make it. Just ask the star of this story, Elliot Sharod.

Sharod and his wife Helen were on the way back from their honeymoon when Aer Lingus dropped a bollock and forgot to load their bags onto the plane. Fortunately, Elliot invested in Bluetooth tracking devices that made it easy to keep track of their bags.

Hi @AerLingus – perhaps a PowerPoint presentation on the journey you’ve sent my lost/stolen bag on will help?

I’ve told you multiple times where it is and you’re doing nothing about it.

This has been a shocking experience with you pic.twitter.com/105BdEM7MU

So, when the airline f**ked up, he thought it’d be a simple fix. “We were annoyed, frustrated and tired by that point, but still optimistic — we thought, hey, they’ll stick it on a flight,” he says. “We didn’t think any more of it.”

I've just been updated that it is at this location – which seems to be an address. You have delivered my bag to someone else's property, and I have no way to get in contact with the courier. Please can you respond. This bag has things from our recent wedding in it. @AerLingus https://t.co/7AdORyRI3F pic.twitter.com/A08HN4uk7y

Alas, he was wronger than a dingo’s donger. So wrong in fact, that the airline still hasn’t gotten the bag’s back to them, despite Sharod using the tracking devices to tell them exactly where the bags are on multiple occasions.

The poor bugger’s even resorted to making videos – with PowerPoints – where he explains the bag’s locations and posts them online in the hope Aer Lingus might pull their fingers out of their arses and prioritise getting them home. He reckons that because they’re ignoring his calls, messages, and emails, this is, “the only way I can get their attention, by naming and shaming them.”

Message to @AerLingus – give me my bag back. I’ve told you where it is. It’s now moved a few streets down. You’ve given my back to someone else. This is stolen. I have a police report with @metpoliceuk raised.

Your response to this is appalling pic.twitter.com/rGzQuIZSY8

It’s gotten so bad, and they’ve seen the bags move location on so many different occasions now that he’s sure they’ve been stolen, and the airline is doing nothing about it. “Helen’s gutted,” he said. “It’s her bag, her clothes, and she has that very uneasy feeling about where her property is.”

The airline hasn’t commented publicly on the dispute.

Final thought: F**k, this is an awkward one for Aer Lingus. There are obvious difficulties in delivering things, but come on, you’ve f**ked up. Own it and make it right to the poor couple. Deadset, it’s the least you can do. Anyway, what do you lot reckon about this one?

Sheila wants to know why her boyfriend won’t stop digging tunnel and the Internet responds!

Depending on your problem – and your audience – asking the internet to give you advice can be like playing Russian roulette. On one hand, you might be taken seriously and given the answers you need. On the other, peop...

‘Influencer’ shamed for asking for free food from Noosa restaurants!

Every now and then, we come across stories about ‘influencers’ or as we sometimes, when the shoe fits, like to call them ‘insta-wankers’ trying to score free food in exchange for a social media post. Now, we’ll be hon...