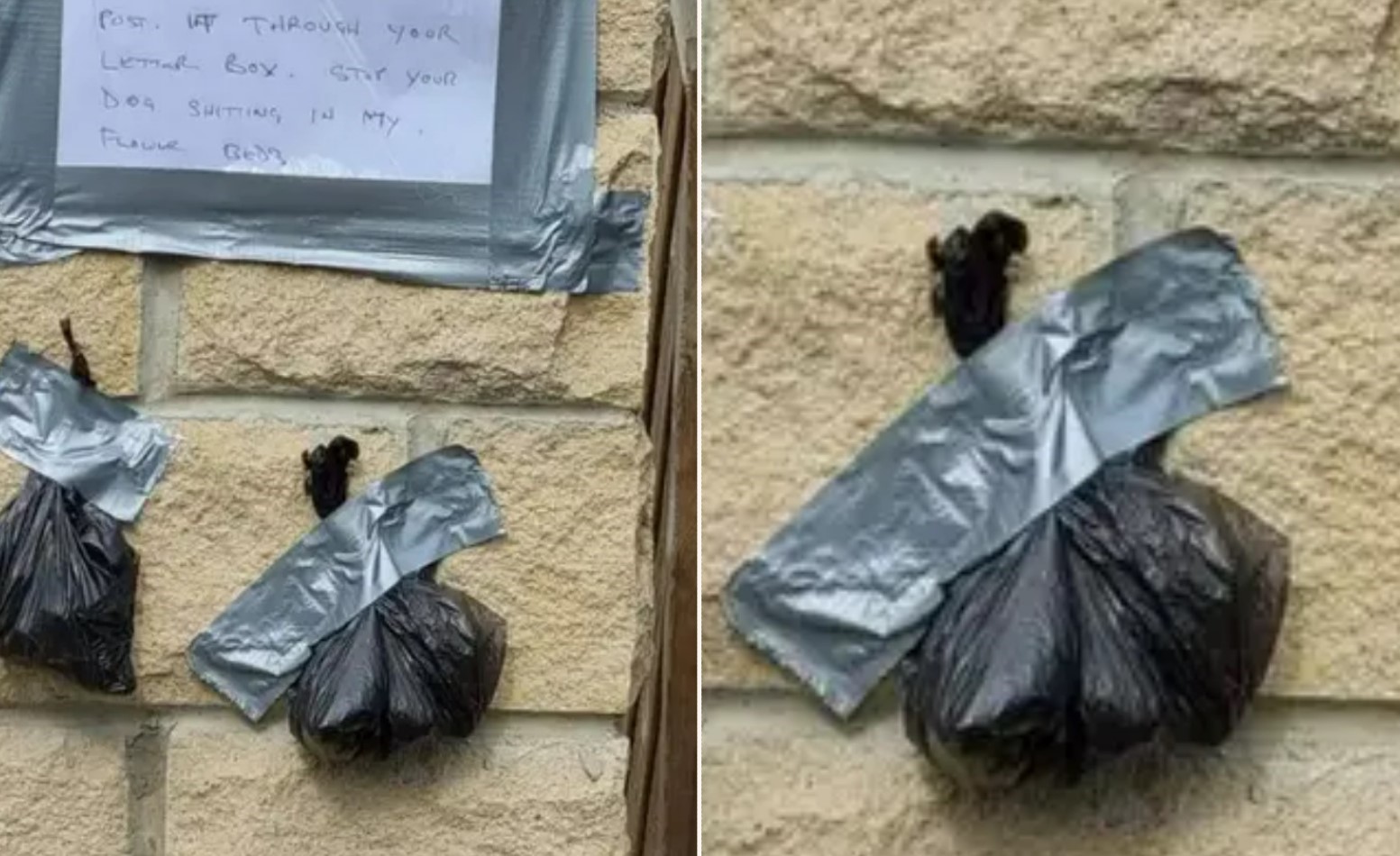 Mate, here at Ozzy Man Reviews, we’re f**ken big advocates of responsible pet ownership. We reckon that if you get yourself a pet, you need to look after it in a way that’s respectful to it – and the people in your neighborhood. Deadset, don’t leave your animals out to wander the streets, and make sure you clean up after them! That’s why we love this story. Check it out…

OK, this is another one from Pommyland, but we reckon it’s a pretty f**ken universal tale. Yeah, nah, we fair dinkum reckon that pretty much every local area has at least one lazy bugger who lets his dog s**t wherever it feels like and who doesn’t pick up after it. 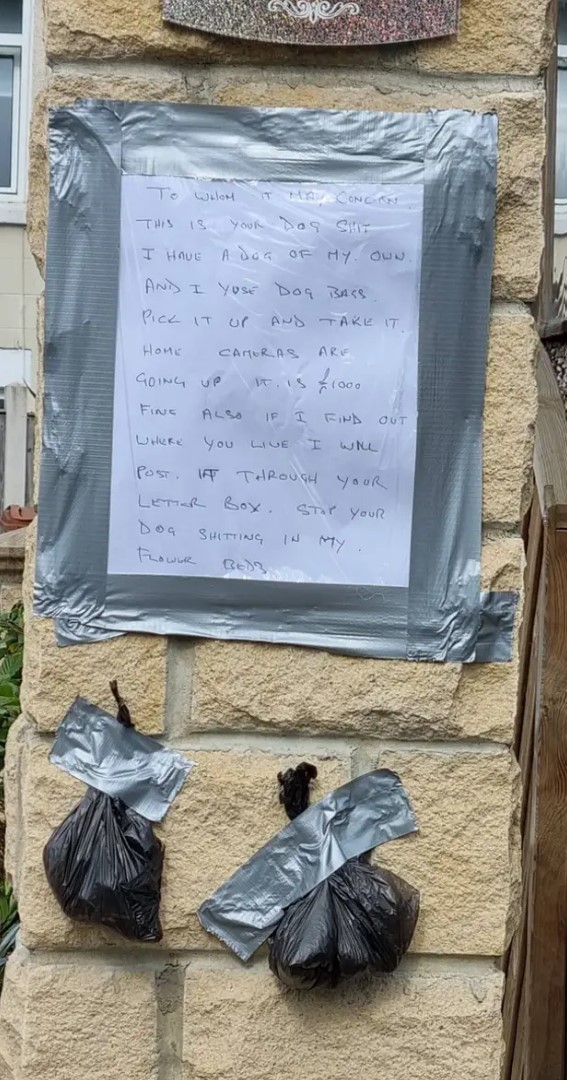 In this particular locale though, the resident who was over having their lawn s**t on decided to do something about it. They picked the turds up, they taped them to the wall, and they wrote a tasty little note threatening the dog owner with a fine:

“To whom this may concern, this is your dog shit. I have a dog of my own and I use dog bags, pick it up and take it home. Cameras are going up. It is £1,000 fine. Also, if I find out where you live I will post it through your letterbox. Stop your dog shitting in my flower beds.” 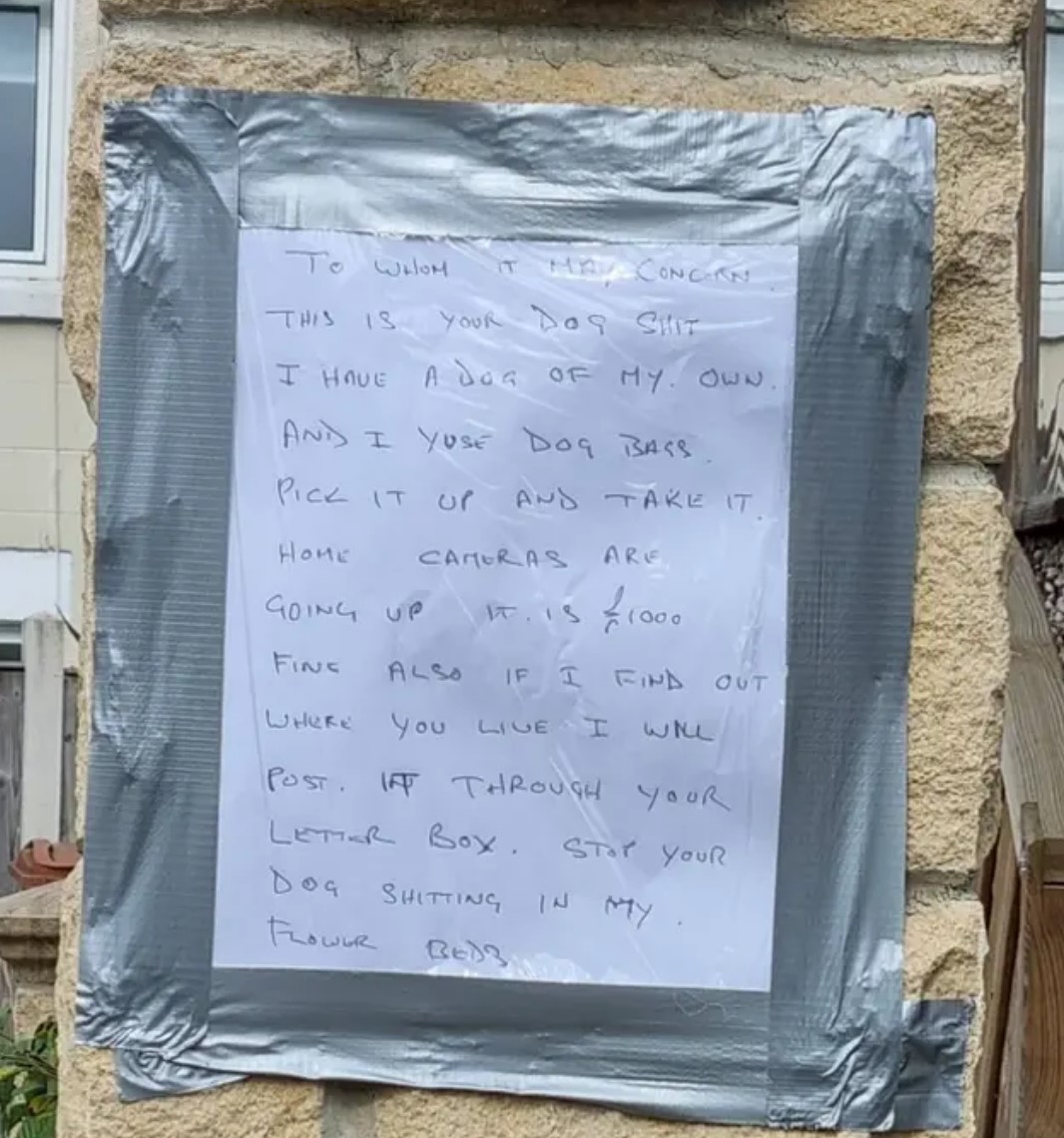 We’re not gonna lie, we’re fully behind this. There’s nothing worse than seeing someone else’s dog has dropped bombs all over your yard. That’s why we reckon anyone who doesn’t pick up after their dog in a public area should have a simple punishment: they should have their yard turned into the local dumping ground for all the local dog’s turds. 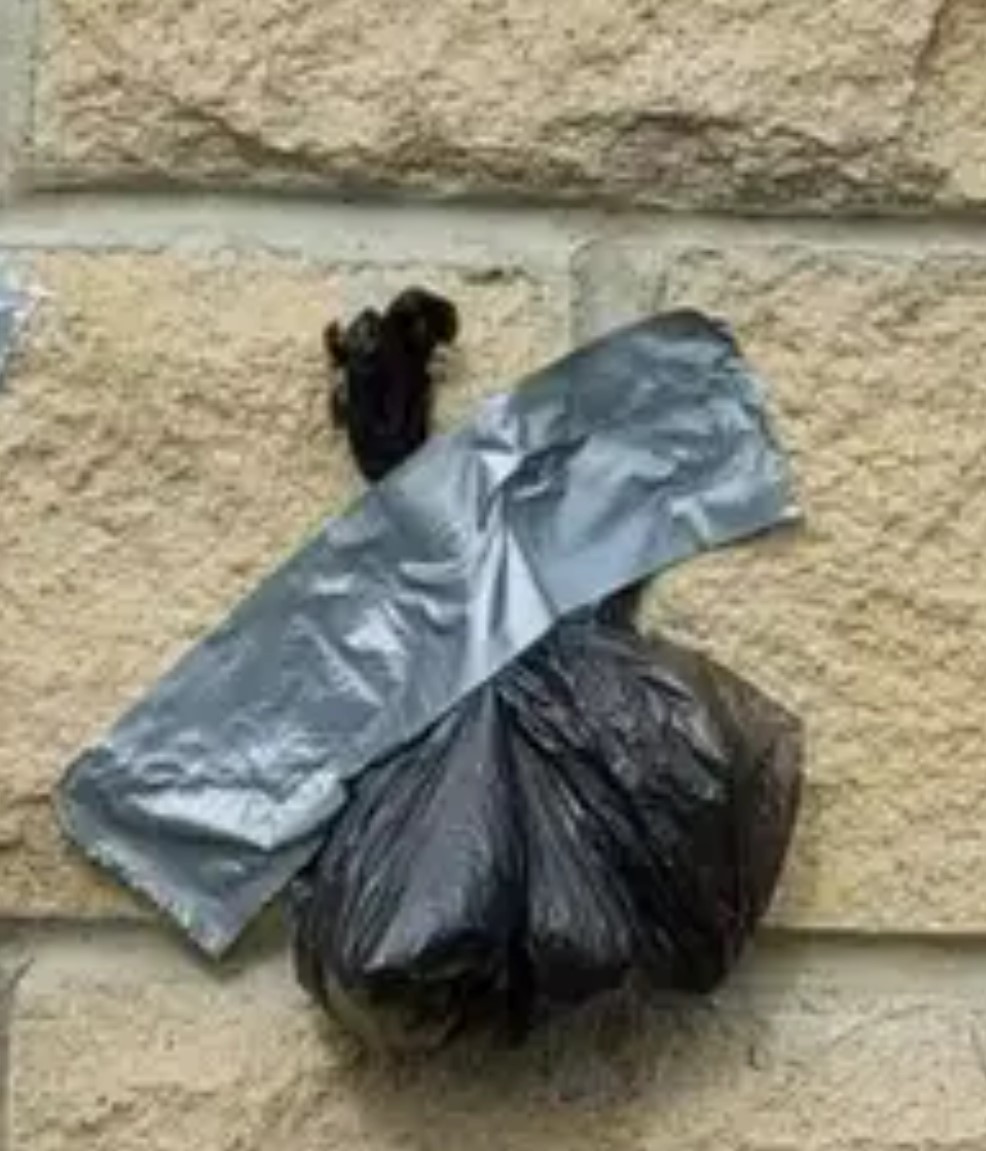 F**k yeah, that’d learn them. That’s why we love the comment in this that threatens a letterbox delivery of dog droppings.

Final thought: Yeah, we know that plenty of you legends see this kinda argument raging in your local Facebook groups. Share some of the best stories here. F**k, if we get enough, we might even make a post about ‘em all!

Mate, we don’t know about you lot, but we’ve played a fair bit of GTA over the years. Yeah, nah, deadset. For us, though, that was where the carjacking, the brazen robbery, and the f**ken violence stopped. Nah, we’ve ...