Bill Nye demonstrates how the Earth is on f***en fire

Bill Nye was best known as the “Science Guy” in the ’90s. With his safety glasses and nerdy lab coat, this bloke was instrumental in teaching a bunch of snotty nosed kids cool s**t about science. His educational TV show “Bill Nye: The Science Guy” is not on the idiot box anymore, but he has reprised his iconic role to get an important message about climate change across to the masses

In a cameo on HBO’s ‘Last Week Tonight with John Oliver, Bill gets a bit burred up while talking about climate change, using the kinda language that wouldn’t be safe for his pre-teen former audience. 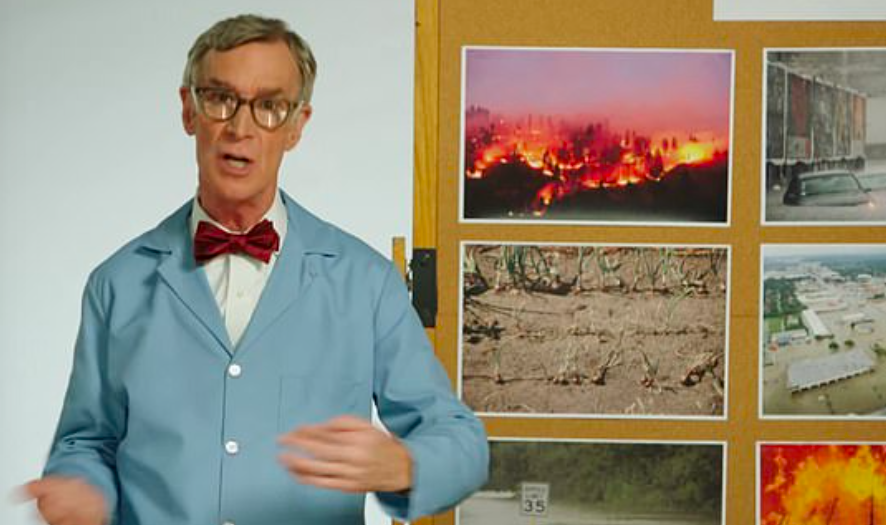 ‘By the end of this century, if emissions keep rising, the average temperature on Earth could go up another four to eight degrees. What I’m saying is the planet’s on f**king fire,’

For dramatic effect, Bill sets a globe on fire; a visual representation of our Earth getting hotter than a shearer’s armpit.
Grow the f**k up. You’re not children anymore. I didn’t mind explaining photosynthesis to you when you were 12. But you’re adults now, and this is an actual crisis, got it? Safety glasses off, motherf***ers.’ 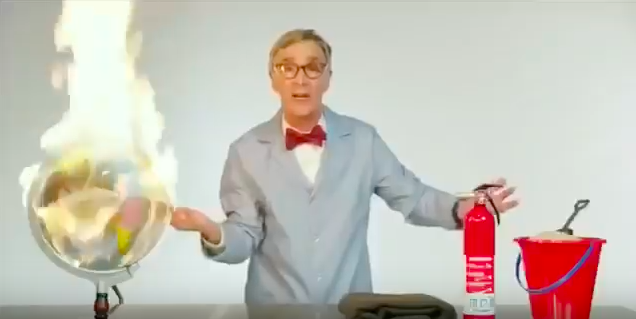 Hahaha what a deadset legend. Going off like a prawn in the sun. Nothing like a bit of shock value to get your point across mate.

While this video was made for s**ts and giggles, Bill Nye was right on the money in his interview John Oliver; sharing info about carbon emissions and dropping the bombshell that CO2 levels in our atmosphere are the highest they’ve ever been. F**k.

Final Thought: I love when blokes and shelia’s use their celebrity to talk about real s**t. Wherever you stand on climate change, I reckon we can all agree we could be doing more to help the environment so that the Earth doesn’t end up completely cactus. If we don’t start takin’ some responsibility soon, the whole joint will be so dry the goannas will have to start carrying f**ken water bottles.

Check out Bill’s profanity-filled rant below: