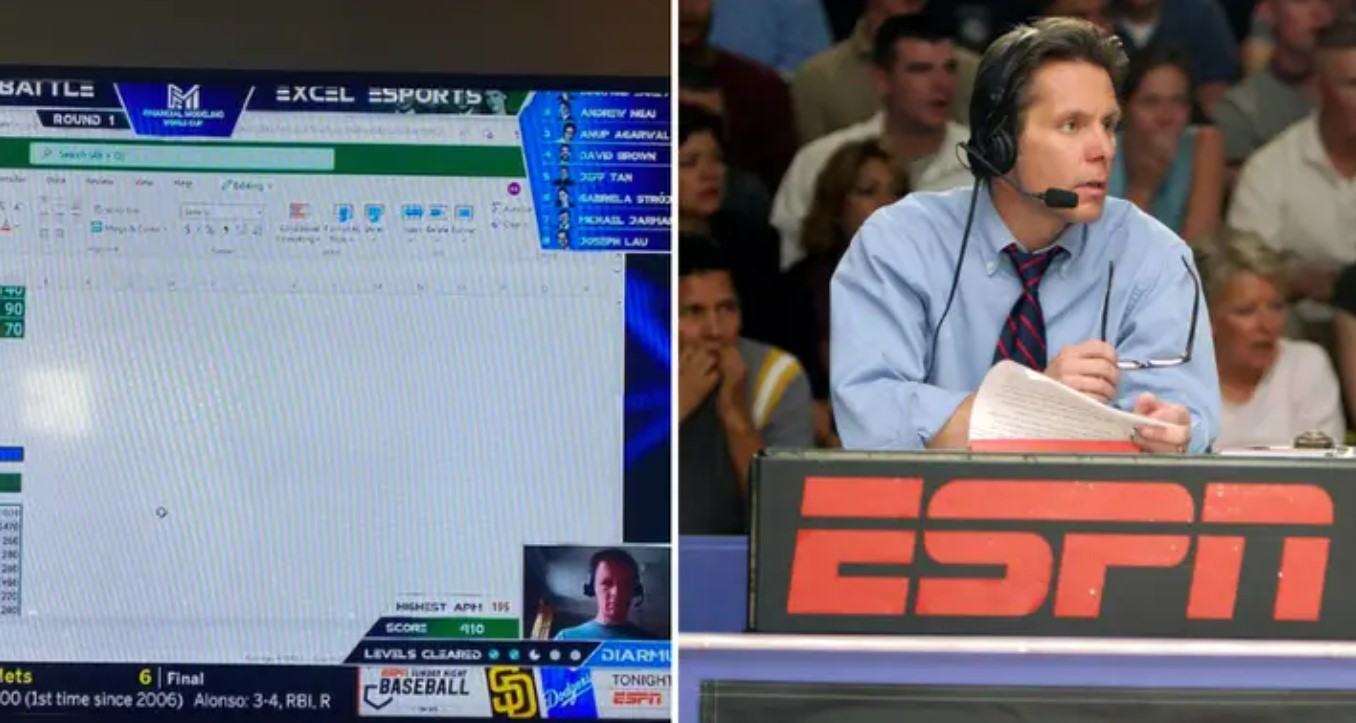 Unless you’re one of the mighty few who are f**ken Excel Spreadsheet gurus in the workplace, you’re probably not too sure how the program could possibly be fun, let alone a competitive sport. Strangely enough, though, it is. Yeah, nah, it really is. And according to the internet, it’s f**ken going off on ESPN. Read on to find out more.

All right, for most of us, Excel is that thing the data crunchers use on the computer at work and that’s where it ends. Despite that, for the few who’ve mastered the program’s intricacies, it’s a bloody weapon of a program and it being turned into a competitive sport is a commonsense move!

The World “Excel” championships are on espn2 right now just by the way. pic.twitter.com/QbhsTsZyIU

That’s why people are f**ken loving ESPN’s coverage Excel Esports and the Financial Modelling World Cup. For those of us who’ve never heard of it, this sport sees participants solving real-life financial problems by constructing financial models in Excel.

The announcers are having so much fun LOL pic.twitter.com/0KHNHwyj06

Excel Esports have been running for a couple of years, but this is the first time it’s gotten such widespread coverage – and notoriety. A lot of that is probably down to the commentators, who make each contest a f**ken riot.

ESPN2 showing Excel Esports has me on the floor pic.twitter.com/M11Nz7kQio

There are metaphors, there are jokes, there are numbers being crunched, and you’d better believe there are some serious spreadsheet skills on offer. Naturally, the sport’s been getting attention online, with some fans wanting to know how they can bet on it.

Excel community, you are amazing!

We're simply overwhelmed by the positive feedback that we've been receiving about the Excel Esports: All-Star Battle on ESPN8 The Ocho.

In case you still haven't seen it, here's the link to the ESPN Player: https://t.co/P7fgiPBLoO pic.twitter.com/TucuPnJSNq

While we don’t have an answer to that, we’re sure it’s only a matter of time. After all, it only makes sense!

Final thought: Yeah, nah, we have to admit that we never thought we’d see people getting excited over spreadsheets, but it just goes to show that anything can be interesting if you add a bit of commentary into the mix. Trust us, we know!