Mate, we’ve said it before, but we are marching headlong into a glorious future chockers with technological wonder and convenience. Deadset, if you haven’t already noticed just how much s**t has changed around us, have a look at this s**t: the beers at Michael Jordan’s new golf course are delivered via f**ken drone…

In footage uploaded to the internet by Caroline Wozniacki and shared to Twitter by Brendan Porath, you can actually watch the glorious moment delivery is made. The drone, which looks like a fairly hefty machine comes cruising in, dangling a brown bag of food and drink for the lucky customers.

Here’s video Caroline Wozniacki posted yesterday of the food and drink delivery by drone out at Michael Jordan’s newish golf course, Grove XXIII. (Also the scooters in the background) pic.twitter.com/QEAyUCI0yO

Obviously, we’re naïve if we don’t touch on the idea that this poses some serious questions about the human cost for those who may previously have delivered the goods, but without delving into the repercussions, you’ve gotta admit this is pretty rad.

Imagine how f**ken good this would be if you were thirsty. You’d be loving it. And that brings us to the second video. This time, the drone’s definitely dropping off a few bevvies.

And, we dunno about you, but we reckon the smooth flight deserves a bit of kudos. We all know how temperamental a mildly shaken stubby can be, but the payload is delivered with no f**ken dramas at all.

The beers, hanging from the bloody drone, aren’t swinging backwards and forwards like your granddad’s pendulous nutsack, and the landing is gentle as f**k. 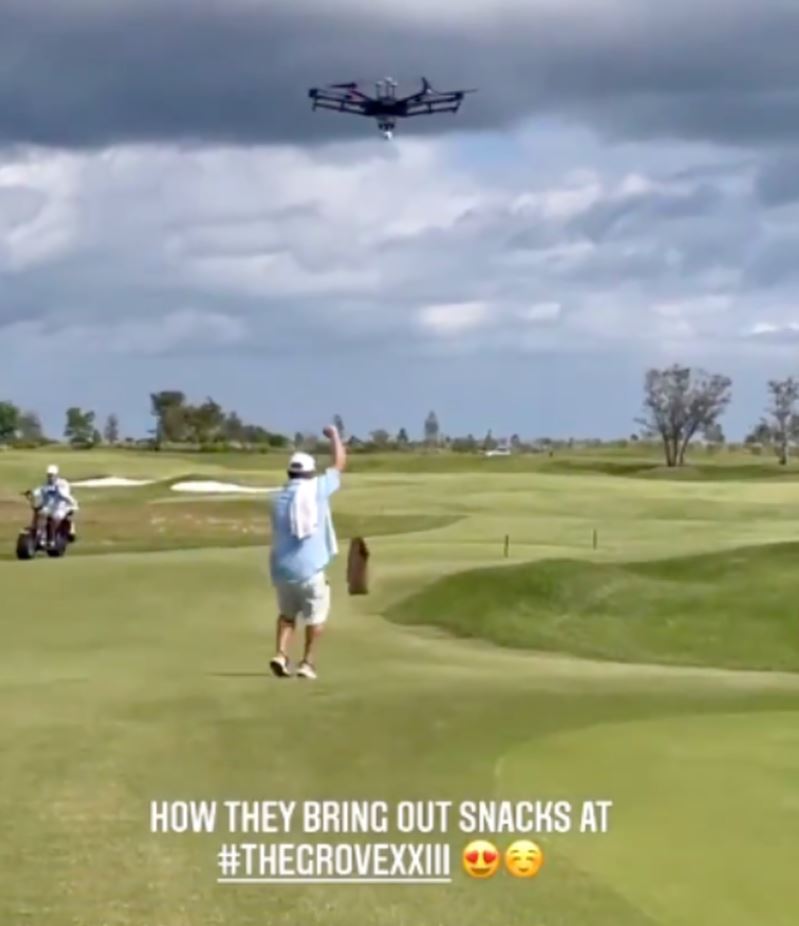 The move isn’t without detractors, though. Some are saying they preferred the beer to be delivered by old-school cart-girls, but we dunno. We reckon there are some real issues around employment of staff that will need to be solved and legislated for with this sort of thing, but that’s a convo for another day.

Final thought: Yeah, nah, this is another sign of the technologically convenient future we’ll be living in. Still, we wanna know what you think. Do you prefer the human touch, or is this the kind of innovation you’re looking forward to in the future? Let us know in the comments section.